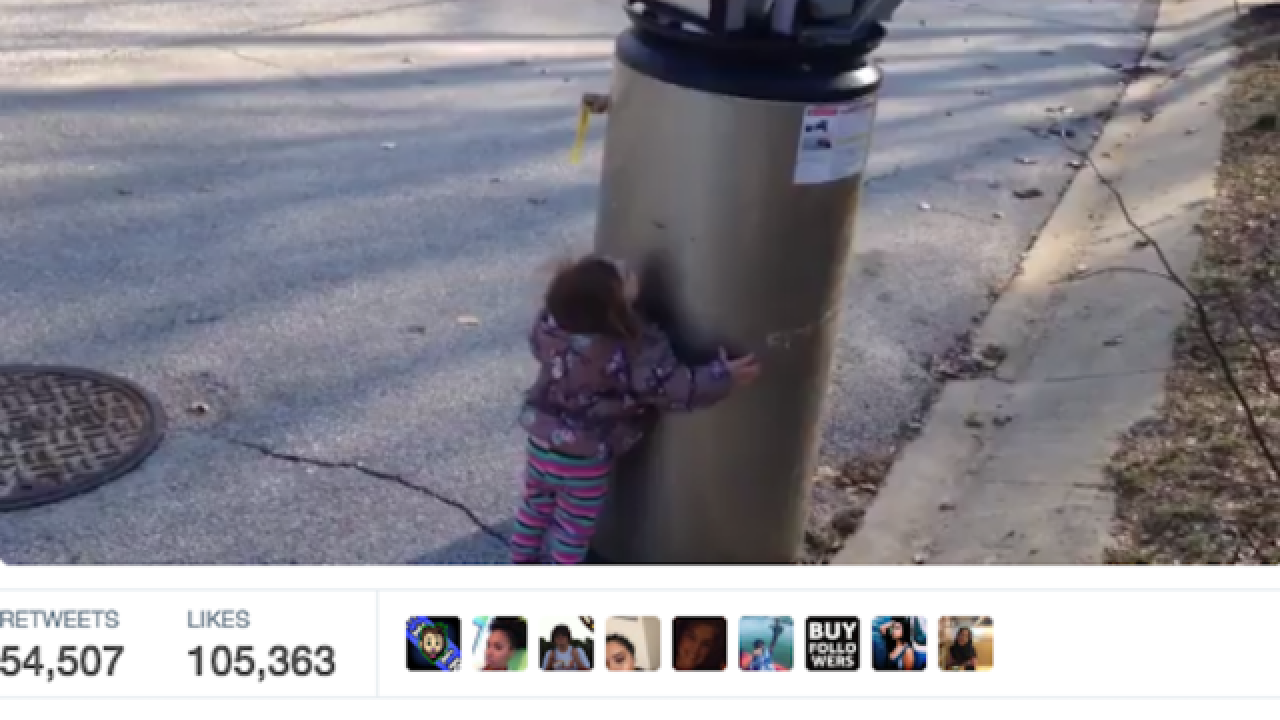 Copyright 2017 Scripps Media, Inc. All rights reserved. This material may not be published, broadcast, rewritten, or redistributed.
<p>A little girl made friends with a "robot" in a heartwarming viral video.</p>

Robots are becoming more and more a part of our everyday life. They vacuum our homes. They flip our burgers . In the not-so-distant future, they’ll drive us around.

But there is legitimate fear that robots could end society as we know it. In his farewell address , President Obama warned about the growing threat of automation, saying that the “relentless pace of automation” could make “a lot of good middle class jobs obsolete.”

But despite the fear of a destabilized economy and growing inequality between the rich and poor, one little girl took a brave step to prove to America that it’s OK to literally embrace tomorrow’s brave new world.

In a video posted to Twitter by Ben Tolmachoff, one little girl made a new friend with what she thought was a robot on Tuesday. He failed to tell his friend that her new “love” was really a broken water heater.

This little girl thought a broken water heater is a real life robot. It's just not fair how cute it is pic.twitter.com/TLbuKKEEbY

Tolmachoff has received more than 50,000 retweets since posting the video at about 6 p.m. ET on Monday.