In defining consent, there's a gap between the law, culture 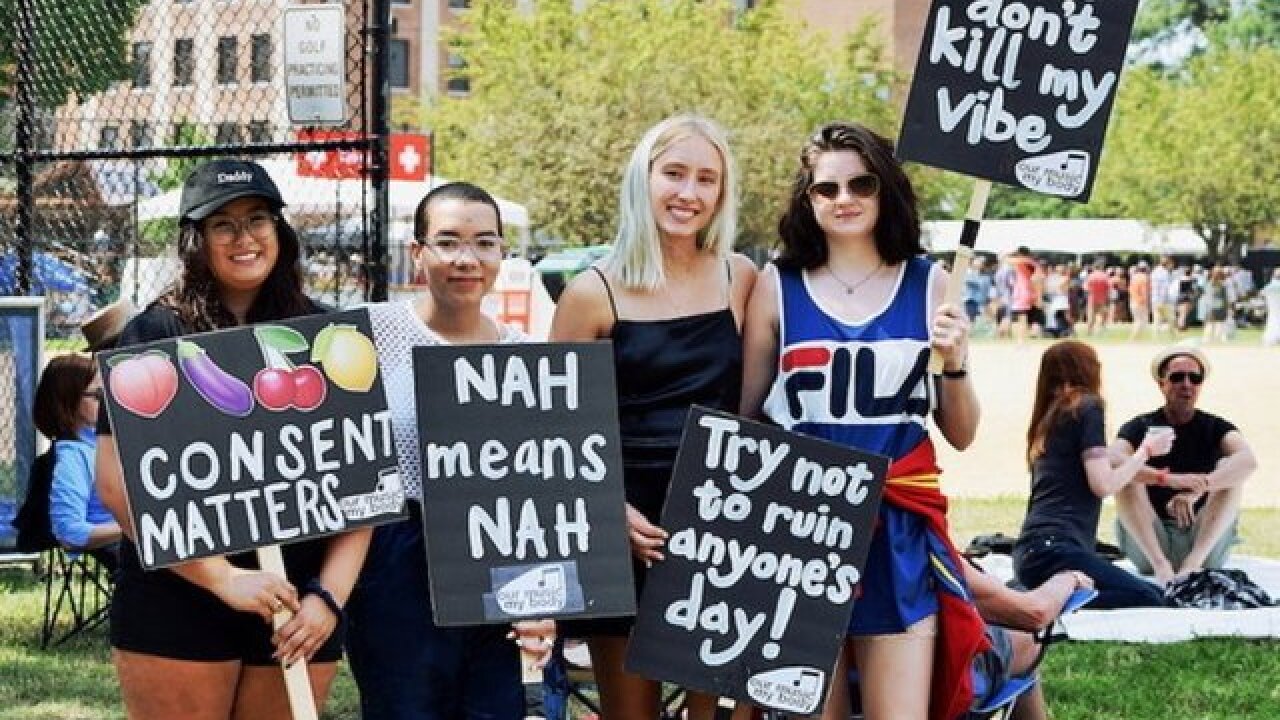 Our Music My Body

NEW YORK (AP) — It may sound simple: You either consent to sexual activity or you don’t.

But just what constitutes an expression of consent is a hotly debated topic in the justice system and in society at large. And while there’s been a gradual cultural trend, especially on university campuses, toward a standard of “affirmative consent” — otherwise known as “yes means yes” rather than “no means no” — the laws on sexual assault have not similarly evolved.

There is no uniform legal definition of consent. That’s because sexual assault laws, of which consent is often a key component, vary widely state by state.

Only a handful of states, among them California, Florida and Wisconsin, have an affirmative consent standard on the books, according to the anti-sexual violence organization RAINN. Far more than that — about half of all states — don’t define consent at all in their sex assault laws.Many of these states use force, rather than lack of consent, as a standard for deciding whether an assault occurred.

Tuerkheimer sees that as “a huge problem.”

“It certainly doesn’t track the widespread consensus around what constitutes sexual assault,” she says, noting that not all assault cases involve strong physical force, including assaults by someone the victim knows or assaults resulting from a power imbalance. “Consent has become the dividing line in most of our conversations about this in political discourse, and yet you have many states that are not there yet.”

To help states arrive at a more consistent definition, an organization called the American Law Institute is working on updating the sexual assault laws in its 1962 Model Penal Code, proposals used as models for measures in state legislatures. A definition of consent took the body of judges, lawyers and academics about five years to work out. An early, simple affirmative consent standard was deemed to be “too far from cultural norms,” and a compromise definition was ultimately approved. The proposed sex assault laws are likely to be voted on in May 2020.

Consent has become a front-burner issue in the #MeToo era, which since late 2017 has shone a light on sexual assault and harassment in an unprecedented way. But it’s been a crucial issue on college campuses — often a laboratory for social change — for decades.

In 1990, students at Antioch College in Ohio were subject to nationwide ridicule when they introduced an extensive affirmative consent policy .

It hardly seems controversial now, but news anchors traveled to the campus and delivered snarky reports, predicting that kissing itself would be outlawed. “Saturday Night Live” mocked the policy with a skit about a game show called “Is It Date Rape?” with actress Shannon Doherty playing a contestant majoring in “victimization studies” — who hit a buzzer to say “date rape!” of every social scenario presented to her. The New York Times weighed in with an editorial, saying adolescents will always make mistakes “but legislating kisses won’t save them from themselves.”

Negative reaction shut down further movement toward such policies — for a while. But in recent years, campus activists have refocused on consent amid rising concern over sexual assaults at U.S. colleges and universities. President Barack Obama’s administration put pressure on universities to update their codes and launched “It’s On Us,” a campaign to end campus sexual assault.

California and New York now legally require colleges and universities to use an affirmative consent standard. Across the country, the standard is present in a number of college campus codes, though precise numbers are hard to come by.

Will it become the new norm? “We’re definitely moving in that direction,” says B. Ever Hanna, campus policy manager at the organization End Rape On Campus. “The question is: How quickly?”

Hanna’s group has come up with five key requirements for an affirmative consent definition, which include “a voluntary, affirmative, conscious, agreement” that can be revoked any time during an encounter. Also, a previous relationship does not imply consent, force or coercion cannot be used to get consent, and crucially, a person incapacitated by drugs or alcohol is incapable of giving consent.

But as important as specific policies are, the issue is far more complex than any code or law can capture, says Peggy Orenstein, who has written frequently about consent and is the author of the book “Girls & Sex: Navigating the Complicated New Landscape.”

Orenstein says she meets many young people today who may understand the concept of consent, but have trouble applying it to their own behavior.

“I feel sometimes that consent can become a catchall, when it shouldn’t be,” Orenstein says. “Consent only tells you if it was legal. There is so much more that we need to be talking about.”