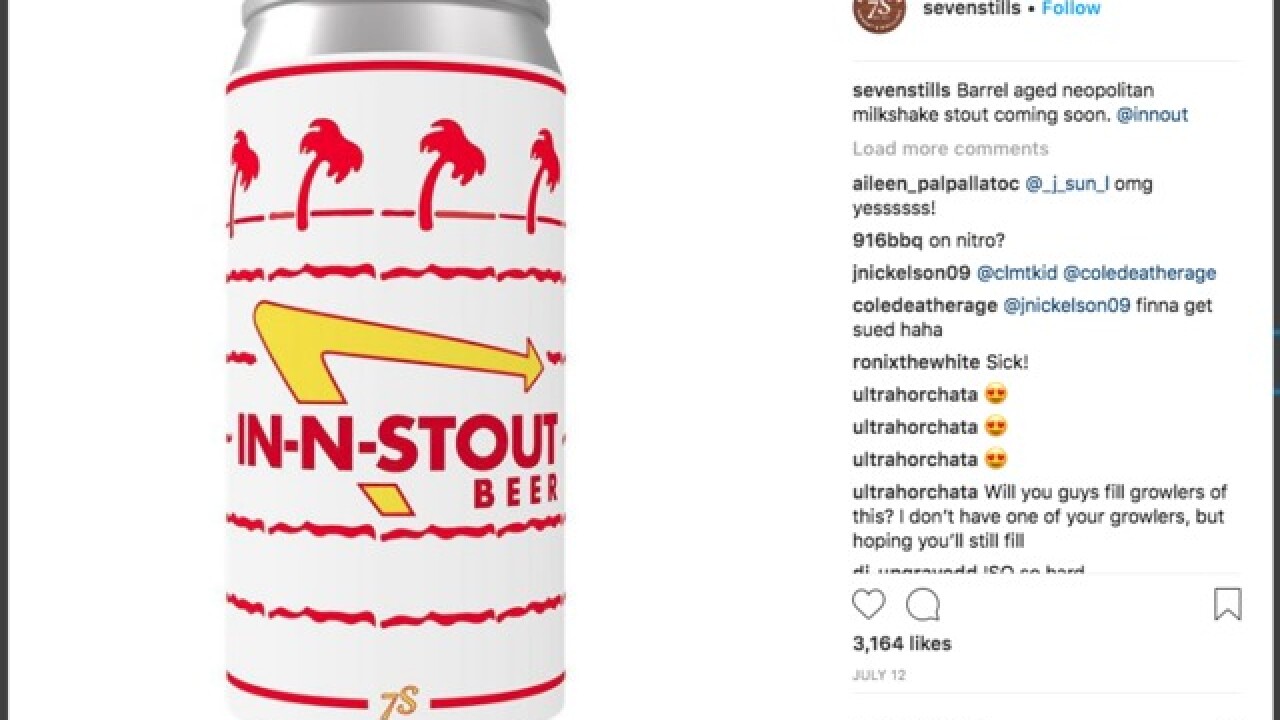 Copyright 2018 Scripps Media, Inc. All rights reserved. This material may not be published, broadcast, rewritten, or redistributed.
Credit: Seven Stills/Instagram 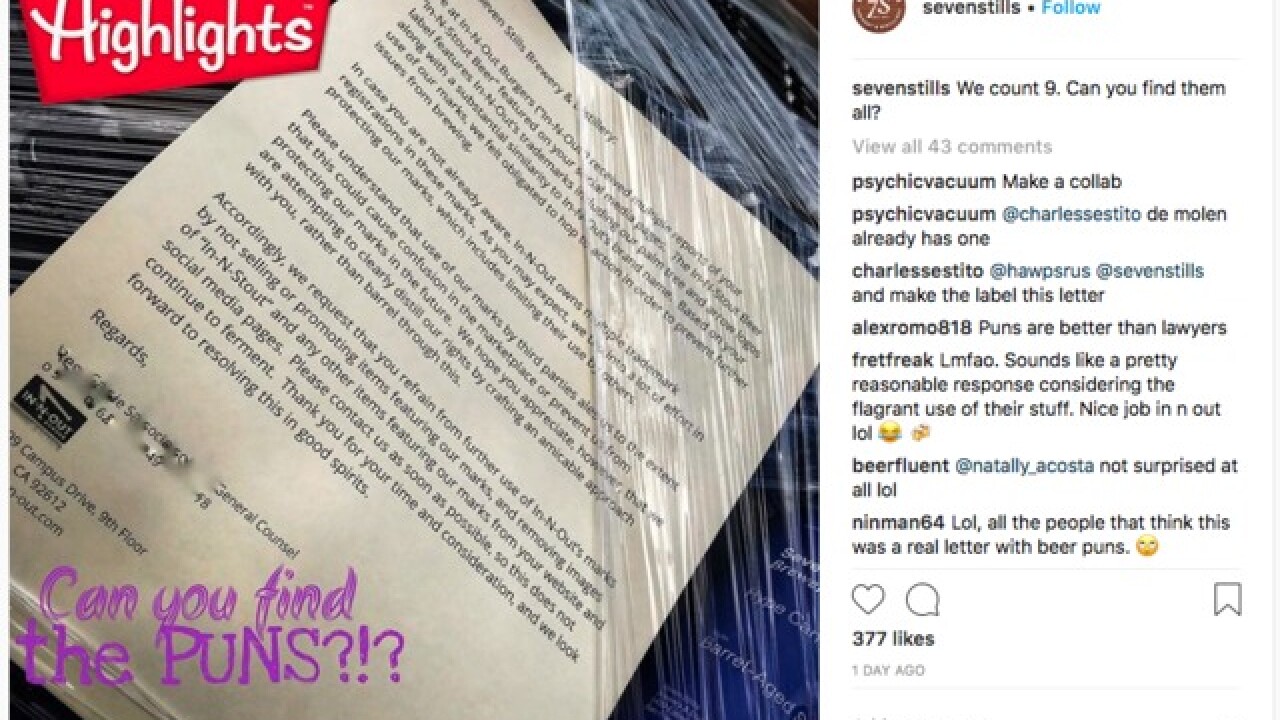 Stark similarities between a San Francisco brewery's beer can and the iconic soft drink cups used at In-N-Out prompted the burger chain to issue a cease and desist letter, though not without some light-hearted humor.

The resemblance is uncanny. So much so that it forced the burger chain to respond with a letter, politely asking the brewery to ditch the can.

The brewery posted the pun-laden letter on Instagram, with the caption, "We count 9. Can you find them all?"

"Based on your use of our marks, we felt obligated to hop to action in order to prevent further issues from brewing," In-N-Out wrote. "We hope you appreciate, however, that we are attempting to clearly distill our rights by crafting an amicable approach with you, rather than barrel through this.

"We look forward to resolving this in good spirits," the letter ends.

It's not the first time the brewery has taken inspiration from a popular brand. Seven Stills also brews a beer called "Rod and Reel," with a can featuring little fish resemble a "Swedish Fish" gummy candy wrapper.

It's also not the first time in recent months In-N-Out has been forced to take action for its brand. The chain brought a lawsuit against Australian restaurant "Down N' Out" in April, claiming the restaurant misleads customers by passing off its product as similar to In-N-Out.