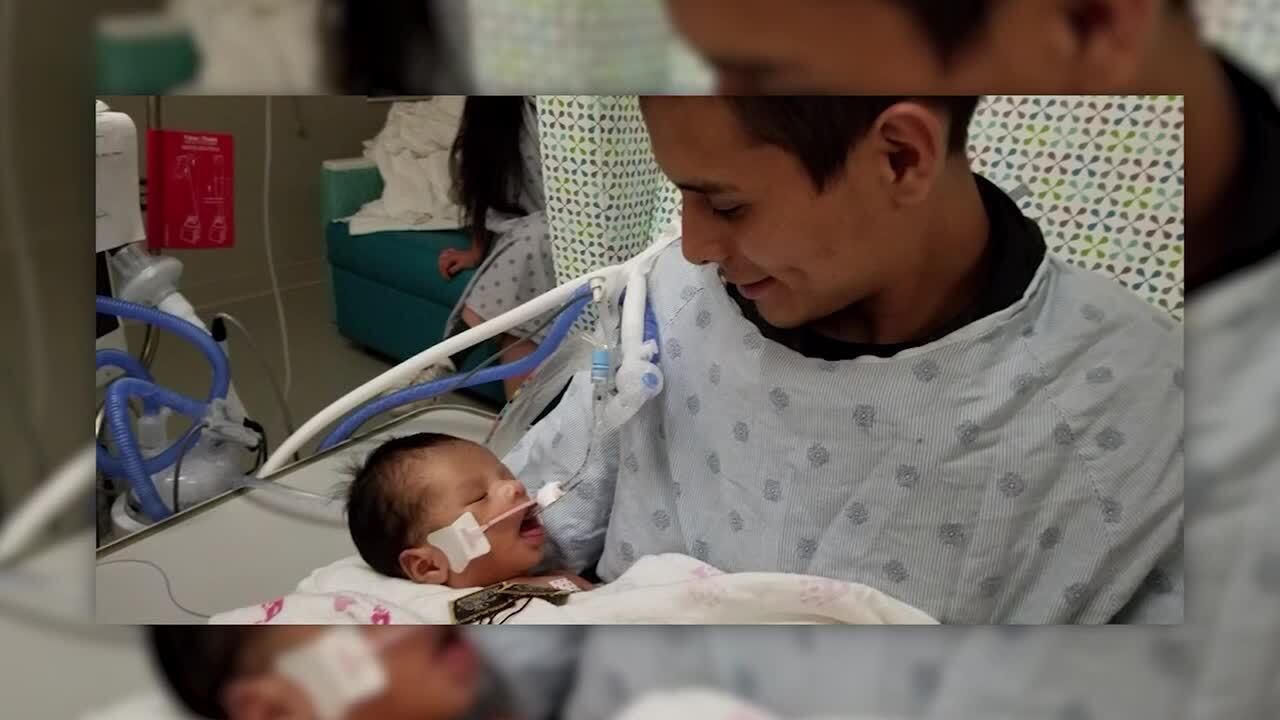 CHICAGO — An infant cut from his mother's womb in a gruesome crime opened his eyes briefly on Sunday for his father.

Marlen Ochoa-Lopez, 19, was nine months pregnant when she was killed and her unborn baby — a little boy — was cut from her womb.

The infant is reportedly in grave condition and on life support in the neo-natal intensive care unit, according to CNN.

Friends and family of the baby's mother released an image of the baby and his father together in a hospital room this week.

There will be three days of visitation for Ochoa-Lopez on Thursday, Friday and Saturday. Her funeral will follow the Saturday visitation at the Mount Auburn Funeral Home in Stickney, Illinois.

So far three people have been arrested in connection with the crime.