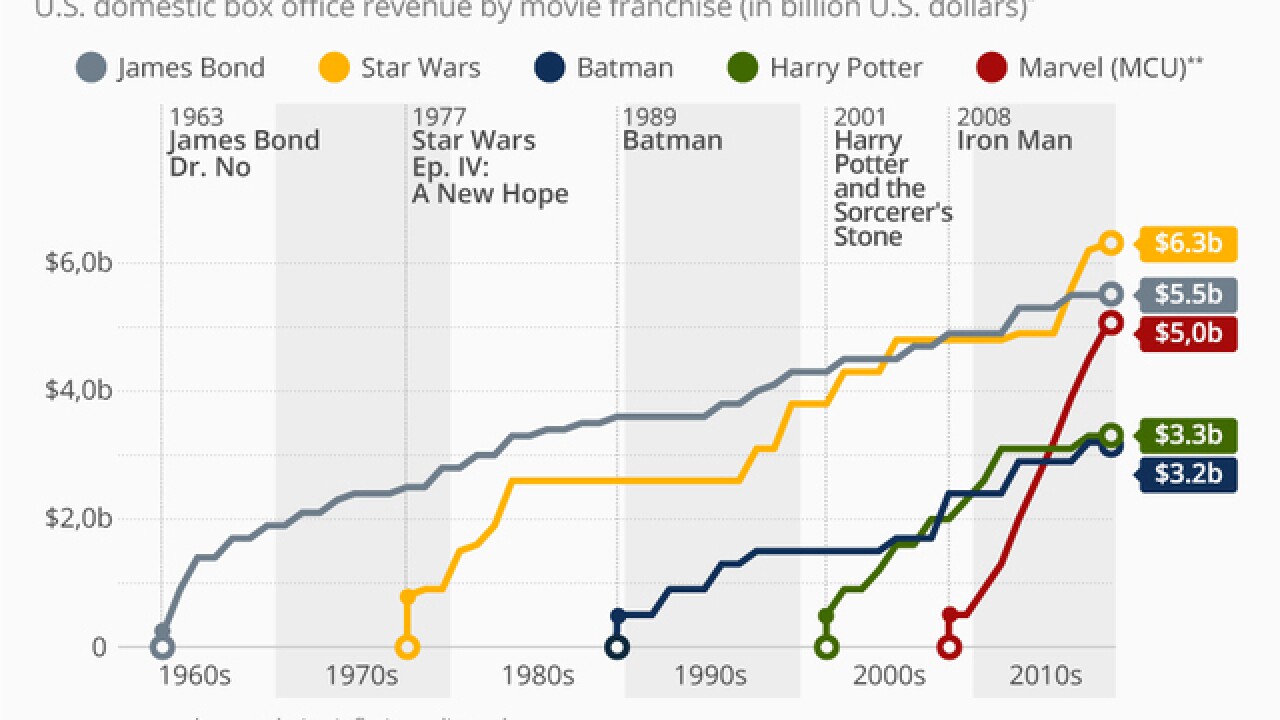 The latest movie in the Marvel Cinematic Universe (MCU) franchise has just hit the big screen. Since it's release on Friday, Spider-Man: Homecoming has pulled some $117 million at the domestic box office over the weekend, according to movie data website The Numbers. It is the latest superhero movie adding to the very successful array of MCU movies.

As the below infographic shows, MCU franchise revenue has skyrocketed in a very short time in comparison to the other big franchises, like James Bond, Star Wars, Batman or Harry Potter. It's important to note that this is the first Spider-Man film released as part of the MCU. The previous 5 Spider-Man films, released since 2002, don't count towards it, which makes MCU's success even more noteworthy.

Now grossing at more than $5 billion cumulated since Iron Man was released in 2008, the MCU franchise is closing in on the James Bond series which stands at almost $5.5 billion since Dr. No was released in 1963. Star Wars is still the biggest franchise in history, having accumulated $6.3 billion since the first film, Star Wars Episode IV: A New Hope, was first screened in 1977. The figures are adjusted for inflation.

You will find more statistics at Statista