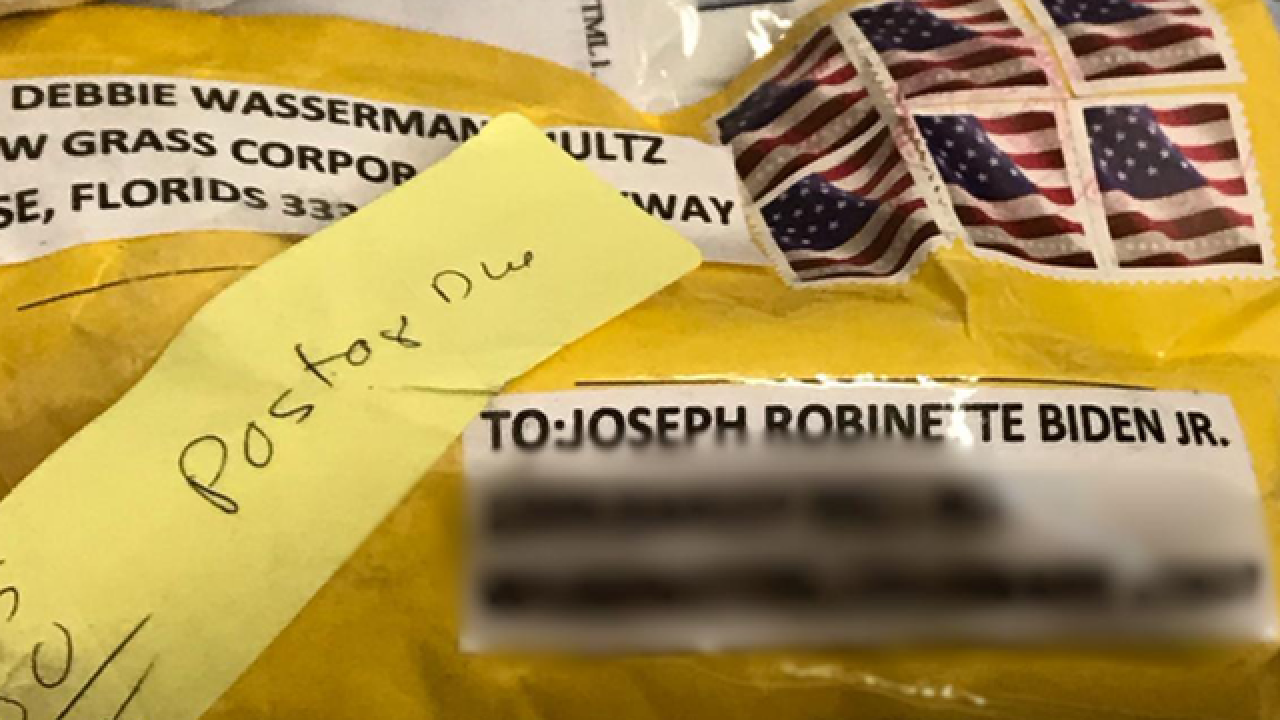 NBC NEWSCHANNEL
<p>Multiple officials briefed on the investigation say they are looking into whether suspicious packages mailed to several Democratic leaders and others were mailed from Florida, <a href="https://www.nbcnewyork.com/investigations/Pipe-Bombs-Clinton-Obama-Soros-Waters-CNN-Time-Warner-Holder-Brennan-498490732.html" target="_blank">according to nbcnewyork.com.</a></p>

Investigators believe some of the suspicious, potentially explosive packages sent to 8 prominent politicians and a large media organization may have originated in Florida, according to one law enforcement official.

The latest packages, addressed to former Vice President Joe Biden, are similar to eight others found earlier this week.

Those packages were addressed to former President Barack Obama, Hillary Clinton, and others, as well as actor Robert DeNiro, a vocal critic of President Trump.

The President has denounced the apparent bombing attempts, saying "Such conduct must be fiercely opposed and thoroughly prosecuted," but at a rally Thursday night and again Friday morning he blamed the media, tweeting that "fake news is fueling anger around the country."

Most of the packages were intercepted at mail facilities and got nowhere near their intended targets.