It was a tragic weekend for aviation with 3 fatal crashes 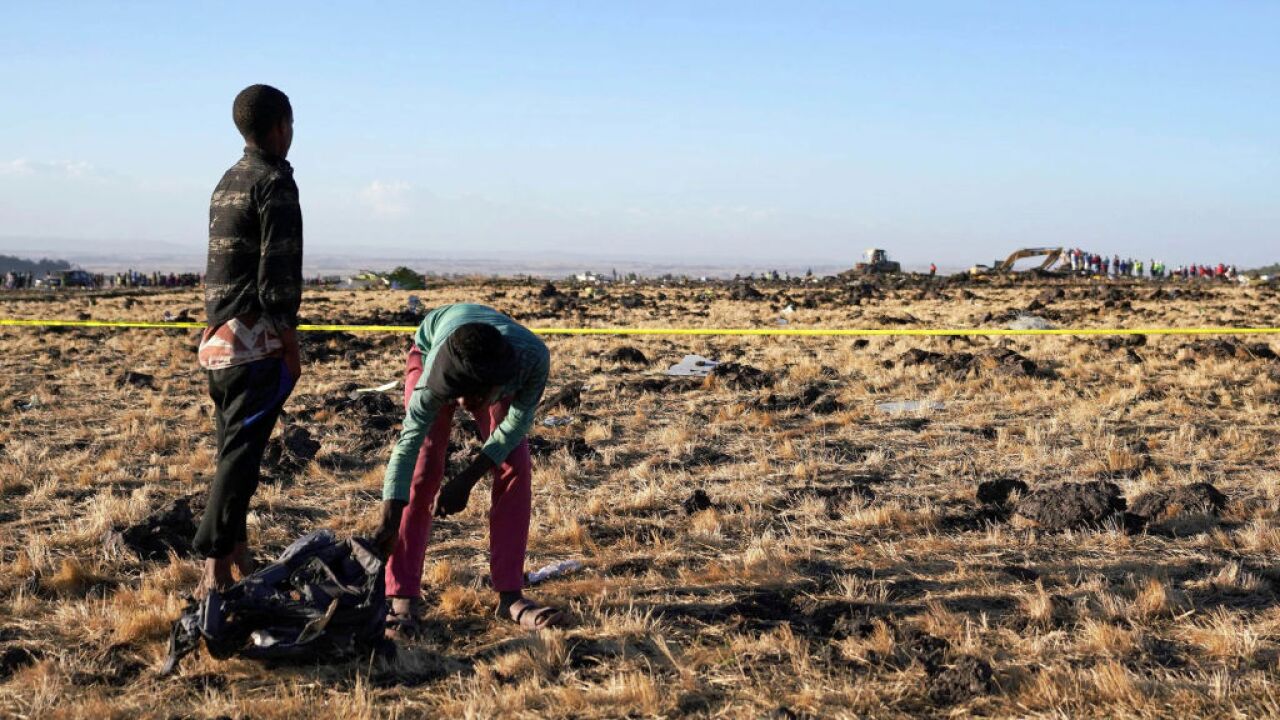 It was a tumultuous weekend in aviation as three planes crashed, killing all aboard, in separate incidents in Ethiopia, Colombia and the United States.

On Sunday, an Ethiopian Airlines plane crashed shortly after takeoff, killing all 157 people on board. Investigators have started their search into what caused the deadly incident. On Saturday, a plane went down in Colombia, killing at least 12 people. On Friday, a small plane plunged into a Florida lake, leaving five dead.

In the United States, there were two separate, non-fatal incidents Saturday, including severe turbulence that injured dozens of people as their plane approached New York's JFK airport, and an emergency landing in Newark, New Jersey.

The plane was a Boeing 737 MAX 8, which had been delivered to the airline in November.

"As it is a fresh incident, we have not been able to determine the cause. As I said, it is a brand new airplane with no technical remarks, flown by a senior pilot and there is no cause that we can attribute at this time," said Tewolde GebreMariam, Ethiopian Airlines CEO.

He told reporters the pilot reported technical difficulties after takeoff and asked for clearance to return to Addis Ababa. He was given clearance to turn back, GebreMariam said, citing the air traffic controllers' record.

It's the deadliest airplane crash since an Indonesian Lion Air jet crashed soon after takeoff from Jakarta in 2018 -- killing 189 people. That plane was also a Boeing 737 MAX 8.

There is no suggestion yet as to what caused the latest disaster, and no evidence that the two incidents are linked in causality.

A plane in Colombia crashed Saturday, killing at least 12 people, according to Colombia's Civil Defense.

The flight took off from San Jose del Guaviare and was headed to Villavicencio, in Colombia, the Civil Defense said.

The plane called in an emergency at 10:40 a.m. and was later found in La Bendición, near Villavicencio, officials said.

The cause of the crash is unknown.

The injured were taken to hospitals and their wounds consisted mostly of bumps, bruises and cuts, said Port Authority spokesman Steve Coleman.

The Turkish Airlines Flight 001, which had departed from Istanbul, hit major turbulence about 45 minutes before landing at JFK, Coleman said. The plane, a Boeing 777, arrived at JFK at 5:35 p.m. ET.

An Air Transat flight made an emergency landing at Newark Liberty International Airport in New Jersey after reports of a possible fire in the cargo hold, according to the Federal Aviation Administration.

Passengers on board the Boeing 737 had to evacuate onto the airport's runway using emergency slides, according to FAA spokeswoman Kathleen Bergen.

Flight TS942 had been flying from Montreal to Fort Lauderdale, when the pilot around 8:20 a.m. Saturday requested an emergency landing, saying there was smoke in the aircraft.

Two minor injuries were reported, but they were unrelated to the smoke, said Coleman, the Port Authority spokesman.

Five people died when a small airplane fell into a Florida lake Friday, according to the Palm Beach County Sheriff's Office. Their bodies were found in the aircraft fuselage, according to the sheriff's office.

The twin-engine Piper aircraft went down in Lake Okeechobee at approximately 3:30 p.m., while on approach to Pahokee Airport, according to the Federal Aviation Administration. The plane fell about 400 yards from shore and had departed from Tampa International Airport, the FAA said.

The investigation will be handled by the FAA and National Transportation Safety Board.