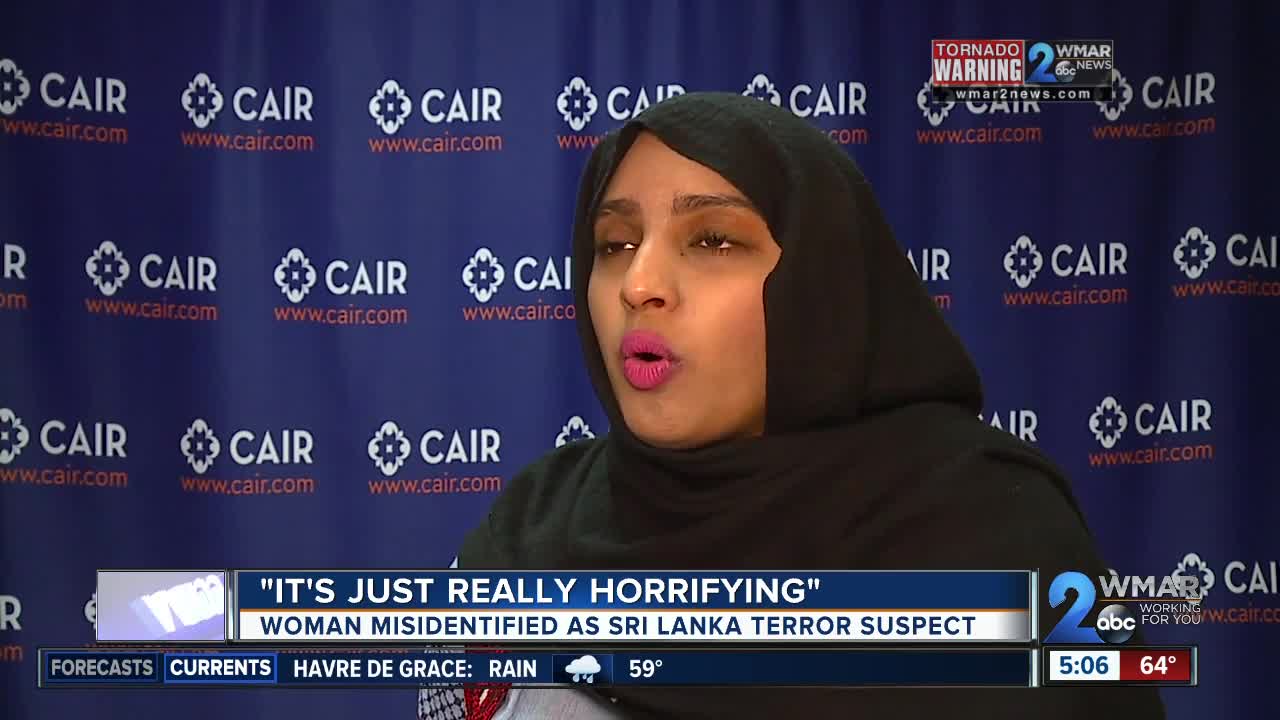 As Sri Lanka continues to reckon with the fall out of the Easter terror attacks that killed nearly 300 and the potential security lapses that led to such carnage, a Maryland woman is confronting her own challenges related to the mass killing half a world away. 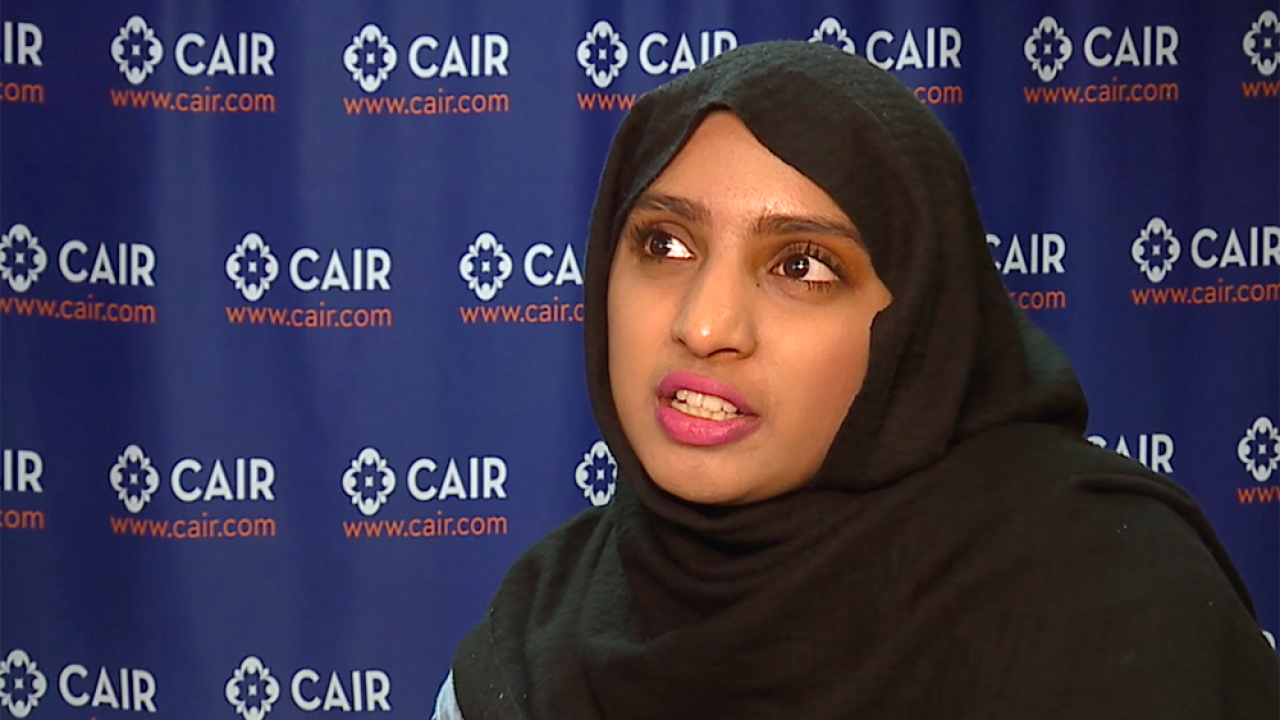 BALTIMORE — As Sri Lanka continues to reckon with the fall out of the Easter terror attacks that killed nearly 300 and the potential security lapses that led to such carnage, a Maryland woman is confronting her own challenges related to the mass killing half a world away.

Following the attacks, Sri Lankan authorities put out a list of names and photos of terrorists who were killed.

Among pictures was a woman from Towson, Maryland, who, unbeknownst to officials in the tiny island nation, was very much alive and now suddenly branded a terrorist.

Amara Majeed woke up Thursday morning to a slew of calls from family, friends and the media.

Majeed is not sure how Sri Lankan authorities got her photo because she wasn't even there.

She is a senior at Brown University and a Towson High School alum. She said she was born and raised in the United States but she has traveled to Sri Lanka and some of her work and writing is known in the country.

She quickly learned her face appeared in that photo array, and she had been branded as one of the terror suspects in the Easter Sunday attacks. Authorities used her photo to identify suspect Abdul Cader Fathima Qadiya.

The Council For American-Islamic Relations held a press event for Majeed Friday so that she could address the media and clear up the confusion.

She spoke of the connection she felt to her motherland but the deep concern and surprise brought on by being tied to the horrific events in a country she loves dearly.

The Sri Lankan government eventually retracted her inclusion in the notorious group, but the damage to Majeed’s life had already been realized.

“It's, it's just been really crazy and obviously, I was thinking about how the accusation ranges so far, but sometimes the clearance doesn't range as far, so there's still so many people that kind of think that I'm part of this, and it's just really horrifying," Majeed said. "It’s really emblematic of so many issues Muslims face in terms of institutional Islamophobia. This is a really horrific situation, but this has been a really horrific situation for people in Sri Lanka ... far more than anything I’m going through.”