All local schools in Jackson Township in Stark County, Ohio are on lockdown after a 7th-grader shot himself inside Jackson Memorial Middle School, according to Jackson Local Schools.

Police said in a news conference Tuesday afternoon that investigators found "distractionary-type" devices in the backpack of a boy who shot himself inside Jackson Memorial Middle School near Canton, Ohio.

Police said the devices were not explosives and they didn't find any devices that "would have done harm to others."

Jackson Township middle school and high school students were dismissed for the day after the boy shot himself around 7:50 a.m.

Authorities say the boy suffered a self-inflicted gunshot wound inside the boy's bathroom. It's unclear at this time whether the shooting was accidental or intentional.

The seventh grader was taken to a local hospital where his condition is unknown.

The following message was posted on Jackson Local Schools website: 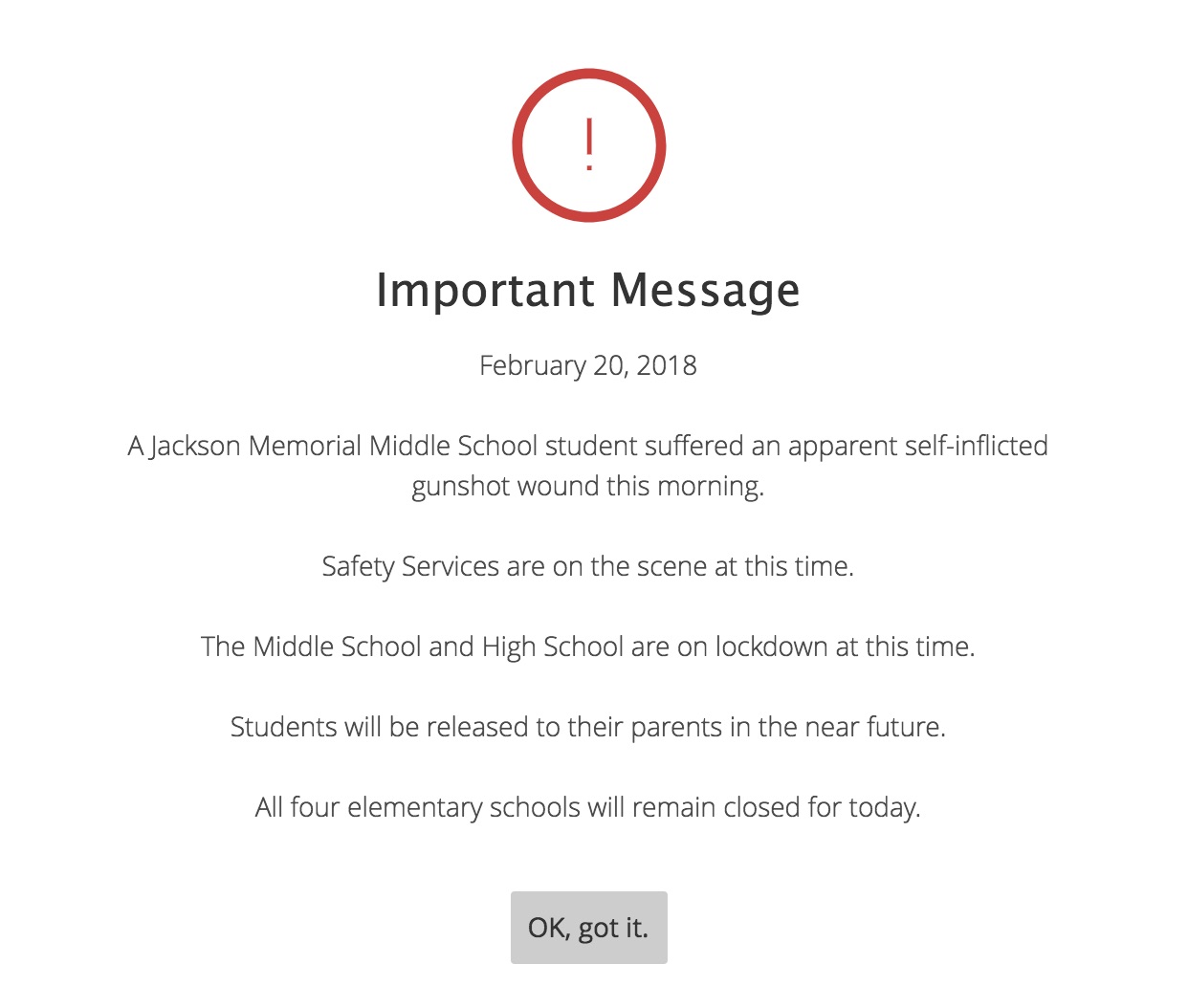 All four elementary schools in the district will remain closed Tuesday. Authorities have not said whether the school will reopen Wednesday.

Students are being dismissed from class today. School officials are working on getting info out to parents now. pic.twitter.com/HSBkaYUg81

Parents and other family members gathered outside the school as they waited anxiously for their children.

Gina Larkins, who has a daughter in eighth grade at the Jackson Memorial Middle School, said she was on her way to drop off her daughter who's in third grade when she saw police activity around the middle school.

“I received a phone call from the superintendent that the middle school and high school was on lockdown and all the elementary schools would be closed. I just pulled in waiting to hear further information," said Larkins.

Parents in the area were already on edge this week following the horrific mass shooting at a Florida school.

"I just want to get my daughter and hug her and hold her. I thought it would never happen here but obviously, that is not the case," said Larkins, who was emotional at the thought of what could've happened.