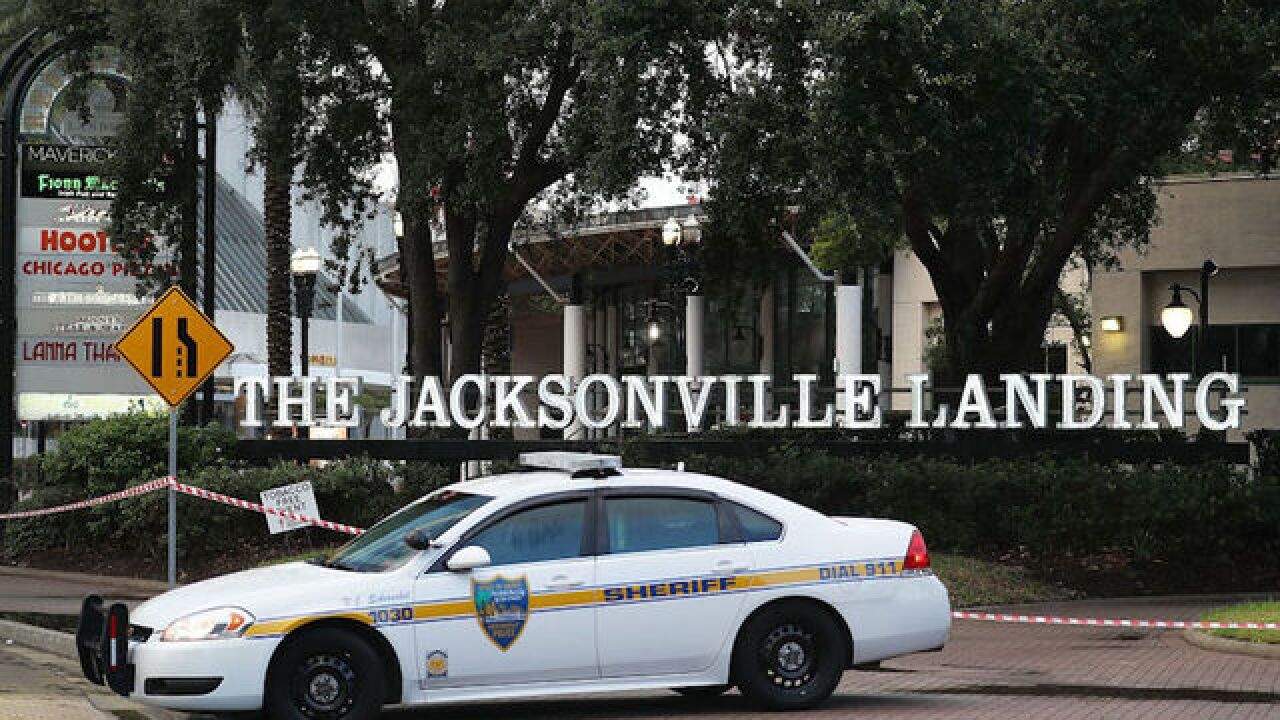 Image copyright 2018 Getty Images. All rights reserved. This material may not be published, broadcast, rewritten, or redistributed.
Joe Raedle
<p>A Jacksonville Sheriff officer helps keep the perimeter secure as law enforcement investigates a shooting at the GLHF Game Bar at the Jacksonville Landing on August 27, 2018 in Jacksonville, Florida. The shooting occurred at the GLHF Game Bar during a Madden 19 video game tournament.</p>

A 25-year-old man who survived the shooting at a Madden video game tournament in Jacksonville, Florida died Sunday in single-vehicle car crash, according to reports.

Ryen Aleman was driving westbound on Highway 44 near Corpus Christi, Texas when he lost control of his car, according to KIII-TV. Aleman was not wearing a seat belt and was ejected from the vehicle. He was pronounced dead at the scene.

The crash is still being investigated, the Texas Department of Public Safety said.

The Texas man was caught in the chaos of the August 26 shooting that occurred at the Jacksonville Landing complex during a qualifying event for the Madden 19 Tournament.

In his account to NPR, Aleman recalled hearing the initial popping sounds of gunfire and crawling to the bathroom stalls to hide.

The shooter, David Katz, killed two and injured several others before turning the gun on himself.

About two weeks ago, Aleman posted a photo of himself playing video games to his Facebook page with a caption that read "god gave me a second life and I’m enjoying it every single (minute)."

Aleman's mother started a GoFundMe for her son's funeral expenses.

"He was a survivor of the Jacksonville shooting at the Madden tournament and we were beyond blessed that he was okay and still here with us," the description on the fundraiser reads, "but not even a month later, our Lord decided to call him home."