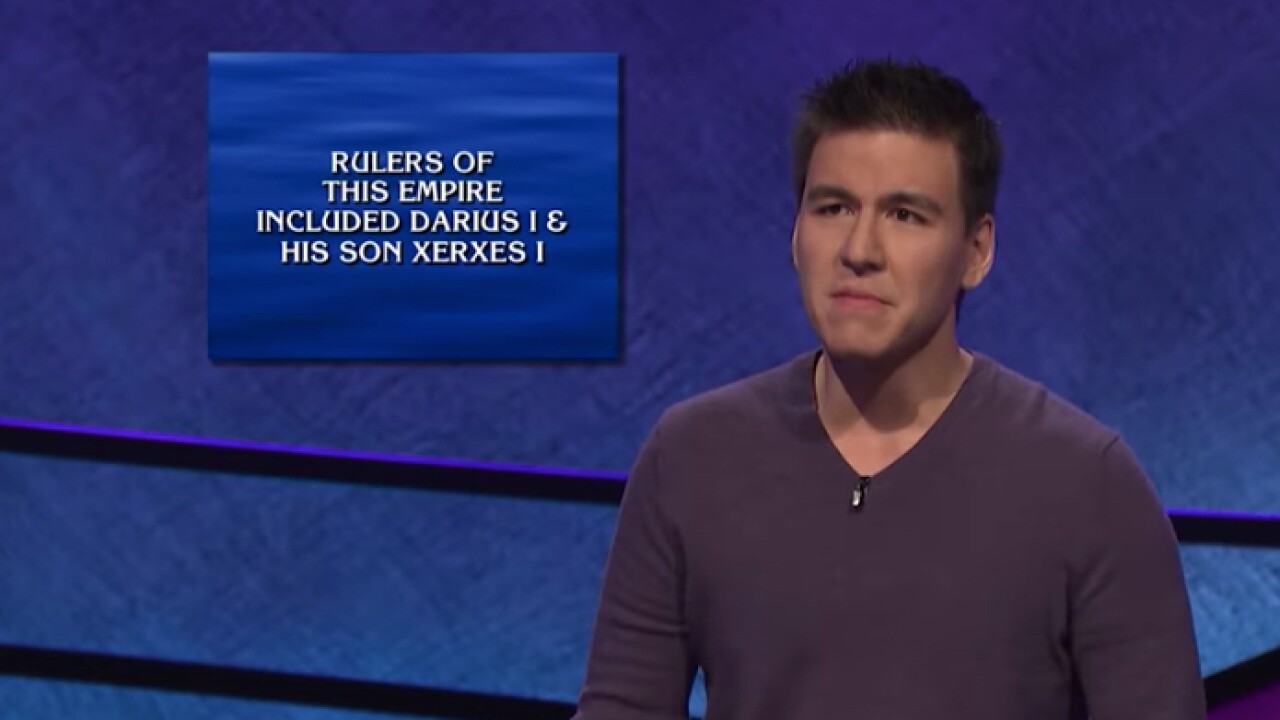 James Holzhauer is on a roll. Thanks to him, so is "Jeopardy!"

The 34-year-old from Las Vegas currently holds the second-longest winning streak in the game show's history. He also holds the record for single-day cash winnings .

Ever since his streak started, "Jeopardy!" ratings have been growing.

Here's a look at how the show has fared each week of Holzhauer's streak, according to Nielsen data from the 56 largest local markets in the US. (A 6.5 rating means that 6.5% of all households with a TV set watched the show.)

And on the night Holzhauer scored the second-longest winning streak, "Jeopardy!" scored its highest-rated episode of the season.

More and more people are tuning in with each week the streak continues.

"Jeopardy!" was averaging 9.8 million viewers before Holzhauer's streak began. In the first three weeks of the streak, it averaged about 10.1 million viewers.

The show also racked up a record of its own.

In week three of Holzhauer's streak, "Jeopardy!" became the number one syndicated show -- the first time it had earned that distinction since the 2014-2015 season, according to a spokesperson for CBS.

As long as Holzhauer keeps winning, it looks like "Jeopardy!" will keep winning, too.