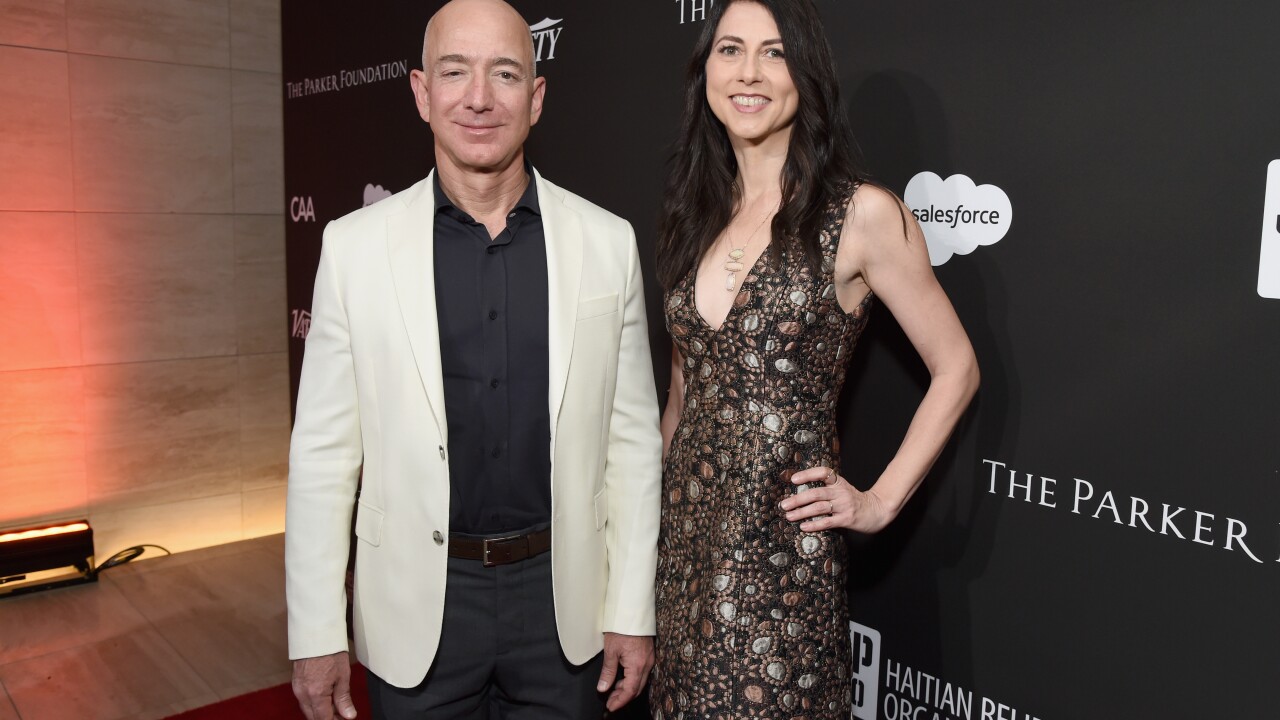 In a tweet Thursday, MacKenzie Bezos said she would keep 25% of the couple's Amazon stock, which should give her a 4% stake in the company. Jeff Bezos will retain voting control over all her shares and will also maintain all his interests in the Washington Post and Blue Origin, a private space company.

Amazon confirmed in a filing Thursday that MacKenzie Bezos is expected to hold 4% of the company's outstanding common stock pending a court approval of their divorce decree. Based on Amazon's current market value, that amount would be worth roughly $35 billion.

If MacKenzie Bezos sells her shares, the buyer would have to enter into an agreement with Jeff Bezos to grant him the rights to vote those shares, according to the filing with the Securities and Exchange Commission.

In her tweet, MacKenzie Bezos said she was "happy" to give him voting control as well as financial interests in the newspaper and space company in order to "support his continued contributions with the teams of these incredible companies."

Jeff Bezos said on Twitter that he was "grateful for her support and for her kindness in this process."

The pair first announced plans to separate in January, ending a 25-year marriage. The separation quickly turned into a media firestorm after the National Enquirer claimed to have evidence that Jeff Bezos was "whisking his mistress off to exotic destinations on his $65 million private jet."

Bezos later published a tell-all blog post accusing the tabloid of trying to extort him. He included the full text of emails his representatives got from executives at AMI, the publisher of the National Enquirer.

Jeff Bezos, 55, and MacKenzie Bezos, 48, met and got married in the early 90s while working at D.E. Shaw, a New York-based hedge fund. Shortly after, they packed up and moved across the country to Seattle, where Bezos launched Amazon. They have four children.

The success of Amazon turned Bezos into the world's richest person. His current net worth is estimated at $150 billion, according to the Bloomberg Billionaires Index .