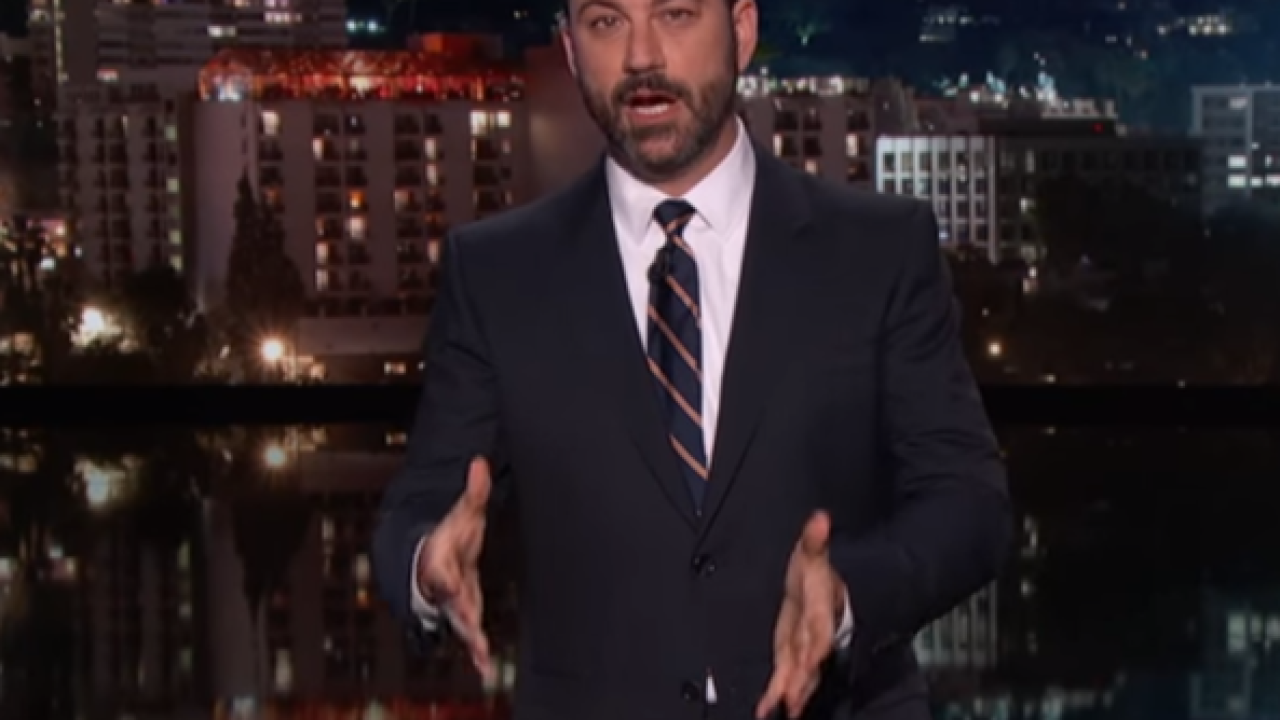 "One week ago tonight, I made an emotional speech that was seen by millions, and as a result of my powerful words on that night, Republicans in Congress had second thoughts about repeal and replace, they realized that what is right is right, and I saved health insurance in the United States of America!" Kimmel said at the start of his show. "Oh, I didn't? I didn't save it? They voted against it anyway? I really need to pay more attention to the news."

Last week on "Jimmy Kimmel Live!" the host tearfully revealed that his son William Kimmel was born on April 21 with a serious heart issue. On Monday, Kimmel said his son was doing well.

"I want to tell you because so many people have asked, our son Billy is doing very well," Kimmel said. "He's eating, He is getting bigger. He's sleeping well. He can read now, which they say is unusual."

Last week's monologue prompted an outpouring of support but also some negative reactions on social networks and in the media. Kimmel fired back at outlets like the Washington Times, which ran the headline: "Shut up Jimmy Kimmel, you elitist creep."

Kimmel then sarcastically apologized for suggesting that children in America should have health care: "It was offensive, and I hope you can find it in your heart to forgive me."

Following the updates on his son and reactions to his speech, Kimmel again touched on the politics of health care.

"So now the health care bill moves from the House to the Senate, where hopefully some kind of common sense will prevail," he said.

"Would the child born with a congenital heart disease be able to get everything she or he would need in that first year of life ... even if they go over a certain amount?" Cassidy, who is also a physician, said last week.

Kimmel discussed the health care issue with Cassidy and jokingly thanked him.

"Thank you for naming a test after me," Kimmel told Cassidy. "I always figured if I ever got a test named after me it'd be for some embarrassing sexually transmitted disease."