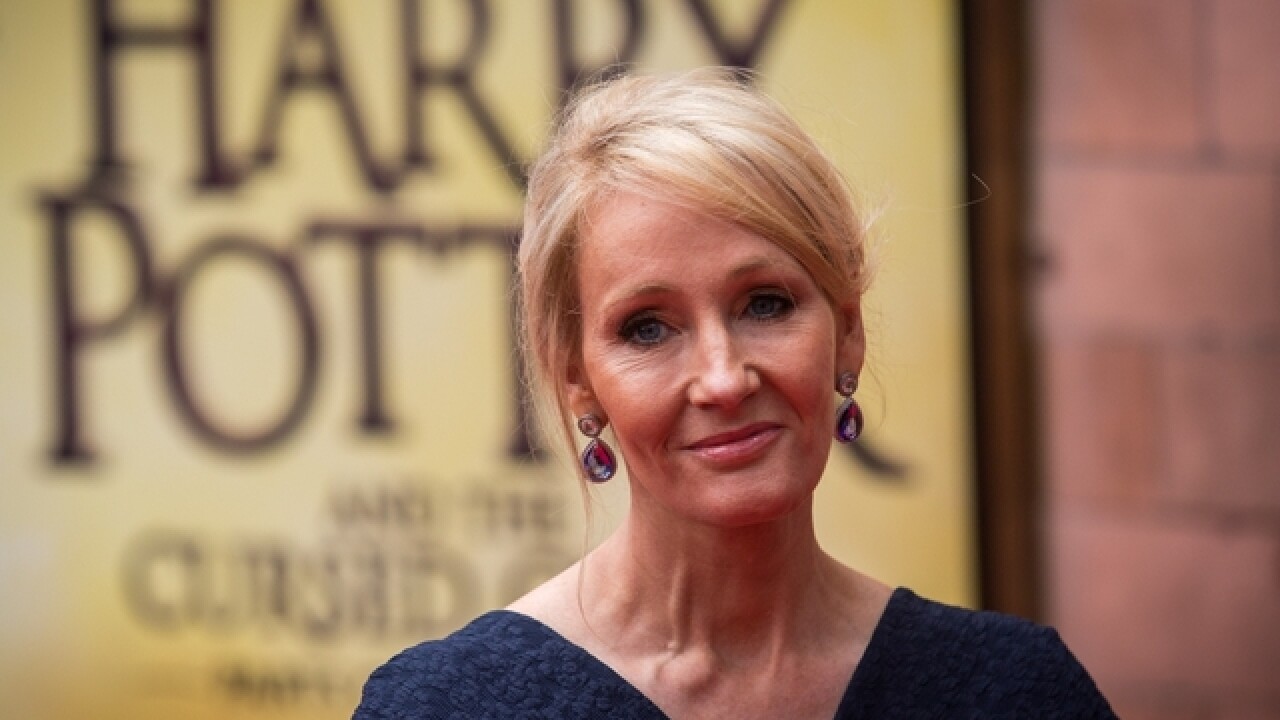 (CNN) -- An untitled prequel to the wildly popular Harry Potter books has been stolen in a robbery in the UK, authorities say.

Just 800 words long, the handwritten manuscript -- written on two sides of an A5 postcard by author J.K. Rowling -- was taken from a property in Kings Heath, Birmingham.

"The only people who will buy this unique piece are true Harry Potter fans. We are appealing to anyone who sees, or is offered this item for sale, to contact police," investigating officer Paul Jauncey said in a statement.

The story is said to feature a young James Potter, the titular boy wizard's father, and his best friend Sirius Black, who come across two "muggle" (or non-magic) policemen following a high-speed chase, according to local media reports.

West Midlands police say the theft, in which several items of jewelry were also stolen, occurred at a property on Howard Road sometime between April 13 and 24. They are asking anyone with any information to come forward.

Rowling urged her followers on Twitter to turn down any sales of the manuscript.

On Friday morning, she tweeted: "PLEASE DON'T BUY THIS IF YOU'RE OFFERED IT. Originally auctioned for @englishpen, the owner supported writers' freedoms by bidding for it."