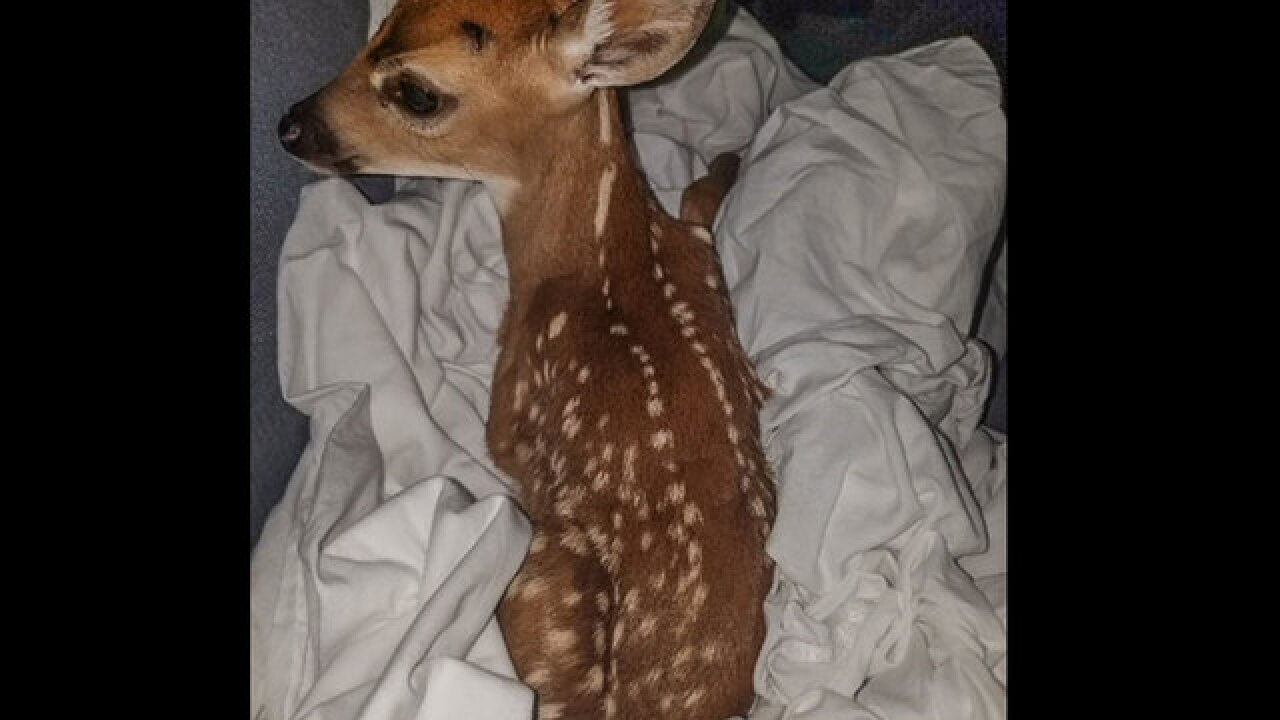 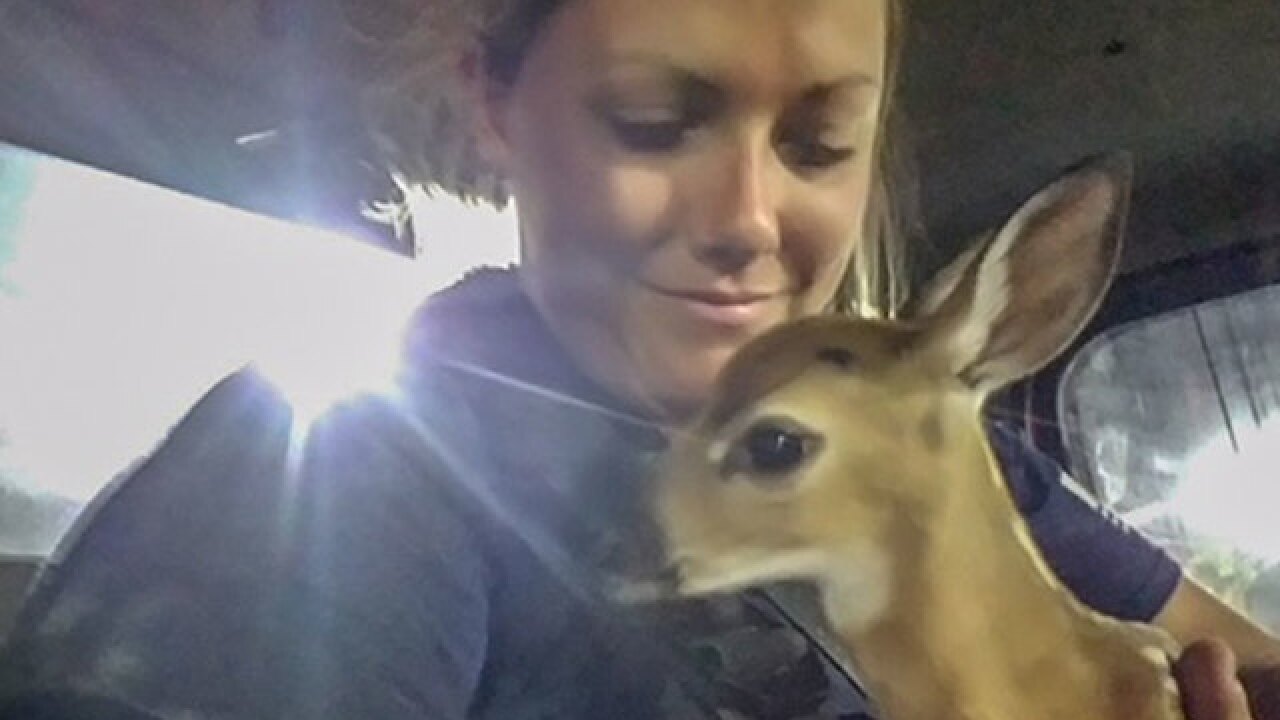 A Key deer fawn was rescued from a brush fire Sunday in the Florida Keys.

While protecting a home and with the fire moving rapidly, Shockley rescued the fawn.

“I jumped into the flames and saved the little guy,” Shockley said in a written statement. “He was all by himself and running for his life into the fire.”

The uninjured Key deer was given oxygen, water and wrapped in a sheet.

The fawn was kept inside a Monroe County Fire Rescue tanker truck until the fire was under control.

At about 3 a.m. Monday, the young deer was released unharmed into a nearby unburned area.

Monroe County Public Information Officer Cammy Clark said finding a fawn with no mother in sight is a "unique situation."

Clark said Key deer usually do not need to be rescued because they have evolved over the years and know how to adapt to fires.

No Key deer have been found harmed from the Sunday brush fire and the ones observed appear healthy and not stressed, according to National Key Deer Refuge manager Dan Clark.