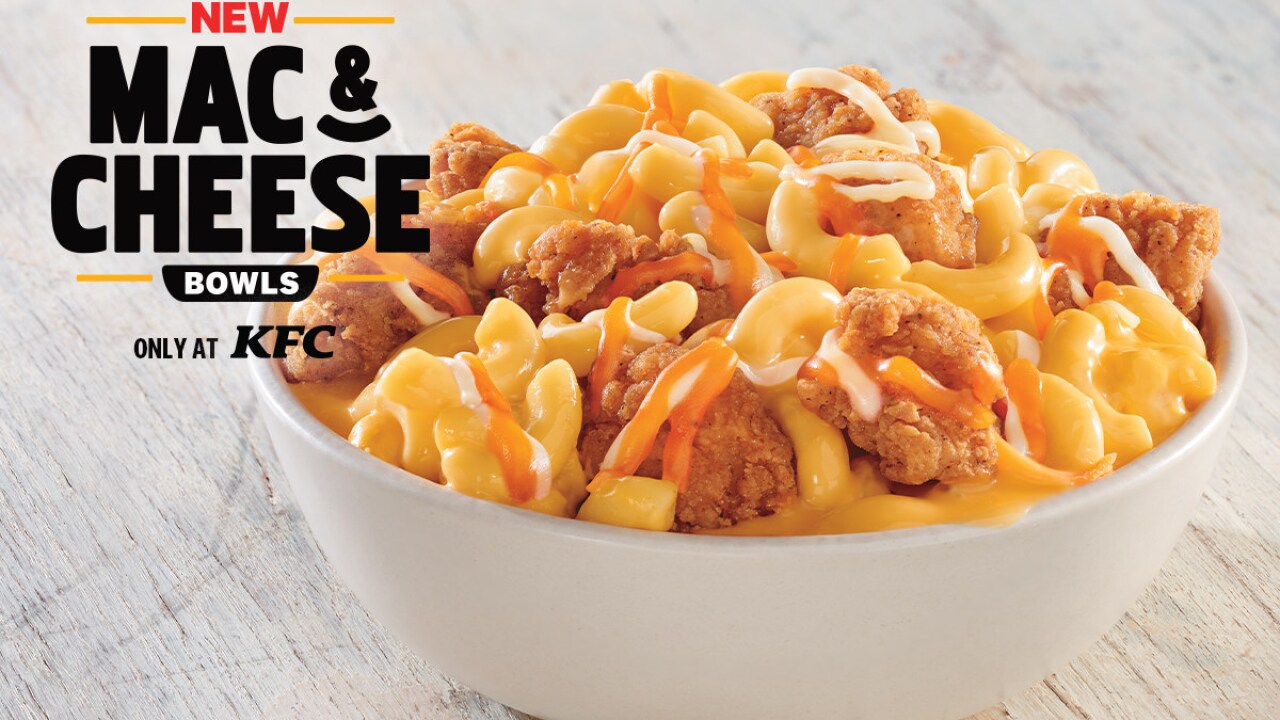 The chicken sandwich war is over. The latest fast food feud is all about mac and cheese.

Earlier this week, Popeyes' announcement of a new chicken sandwich ignited the Great Chicken Sandwich War, which was really just fast food brands arguing on Twitter over who has the best sandwich. KFC was oddly quiet during the brawl, and this announcement may explain why.

KFC isn't the only fast food chain turning its attention to mac and cheese. The mac and cheese side dish is Chick-fil-A's first new permanent side on the menu since 2017. Boston Market already chimed in with their thoughts on the dish, implying theirs is superior.

KFC's mac and cheese bowls will be available on August 26. The dishes will join the chain's $5 Fill Up menu.