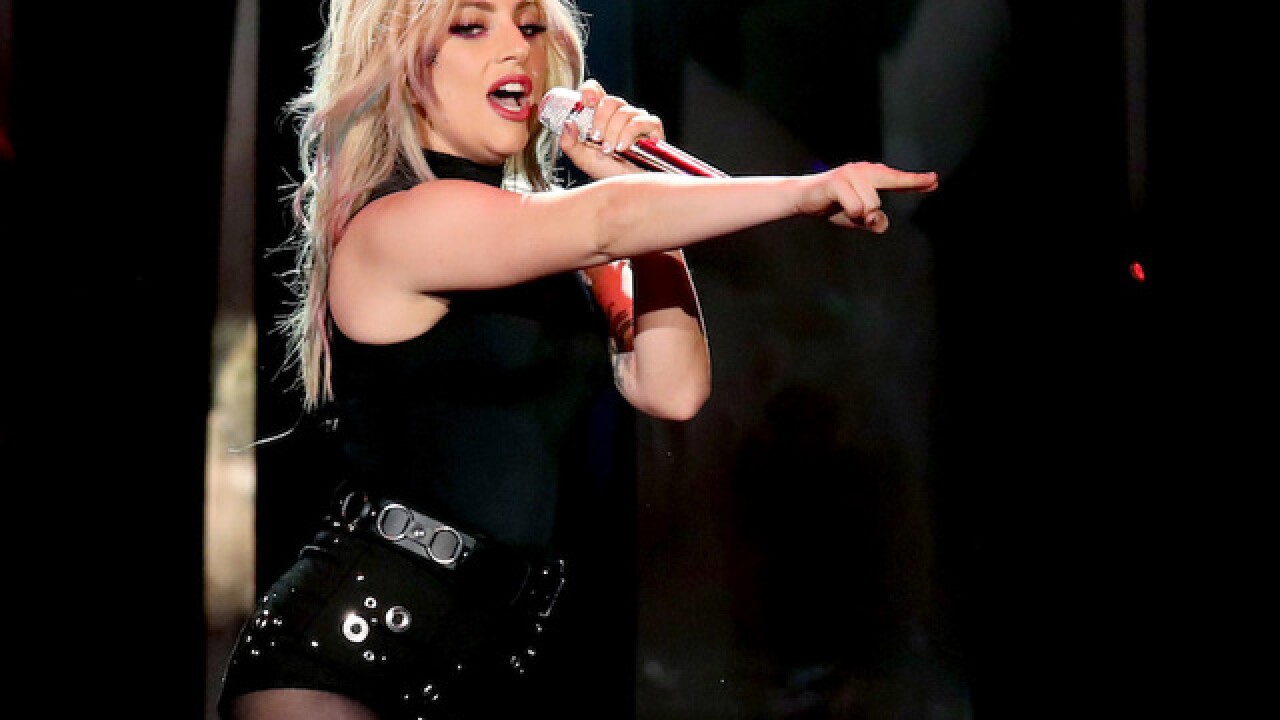 Image copyright 2017 Getty Images. All rights reserved. This material may not be published, broadcast, rewritten, or redistributed.
Christopher Polk
<p>Lady Gaga performs on the Coachella Stage during day 2 of the 2017 Coachella Valley Music & Arts Festival (Weekend 2) at the Empire Polo Club on April 22, 2017 in Indio, California.</p>

The European leg of Lady Gaga's "Joanne World Tour" has been postponed as the singer grapples with health issues, Live Nation announced Monday.

In a statement posted on the promoter's site, Live Nation revealed that the portion of the tour that was set to begin September 21 in Barcelona, Spain, and conclude on October 28 in Koln, Germany, has been postponed until 2018.

"Lady Gaga is suffering from severe physical pain that has impacted her ability to perform," the statement read. "She remains under the care of expert medical professionals who recommended the postponement earlier today."

"Lady Gaga is devastated that she has to wait to perform for her European fans," the statement said.

"She plans to spend the next seven weeks proactively working with her doctors to heal from this and past traumas that still affect her daily life, and result in severe physical pain in her body," the statement said. "She wants to give her fans the best version of the show she built for them when the tour resumes."

Gaga recently opened up about her struggles with fibromyalgia, a chronic musculoskeletal disease that causes pain and can also leave those suffering from it battling fatigue, headaches and insomnia.

The latest news comes just days after Gaga was hospitalized and had to cancel a planned performance at the Rock in Rio music festival in Brazil.

"Brazil, I'm devastated that I'm not well enough to come to Rock In Rio," Gaga wrote in the caption of an Instagram photo showing an IV needle in her arm. "I would do anything 4 u but I have to take care of my body right now."

The Grammy winner also posted an Instagram photo after the European tour postponement was announced, writing that she has "always been honest about my physical and mental health struggles" and has been "searching for years to get to the bottom of them."

"It is complicated and difficult to explain, and we are trying to figure it out," she wrote. "As I get stronger and when I feel ready, I will tell my story in more depth, and plan to take this on strongly so I can not only raise awareness, but expand research for others who suffer as I do, so I can help make a difference."

Gaga assured fans that she is a fighter and that she appreciates them.

"I am looking forward to touring again soon, but I have to be with my doctors right now so I can be strong and perform for you all for the next 60 years or more," she wrote. "I love you so much."

No new dates for the European tour were announced. Live Nation said the second leg of Gaga's North American tour is currently still set to kick off in November as previously announced.