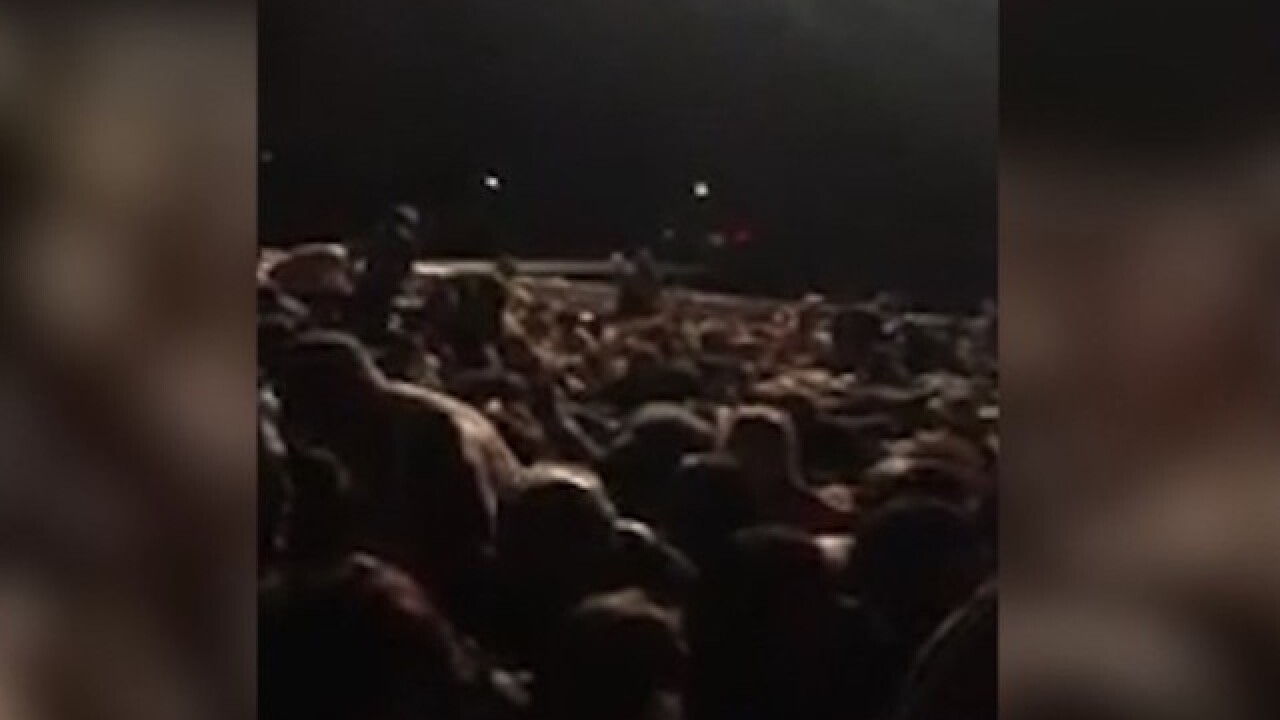 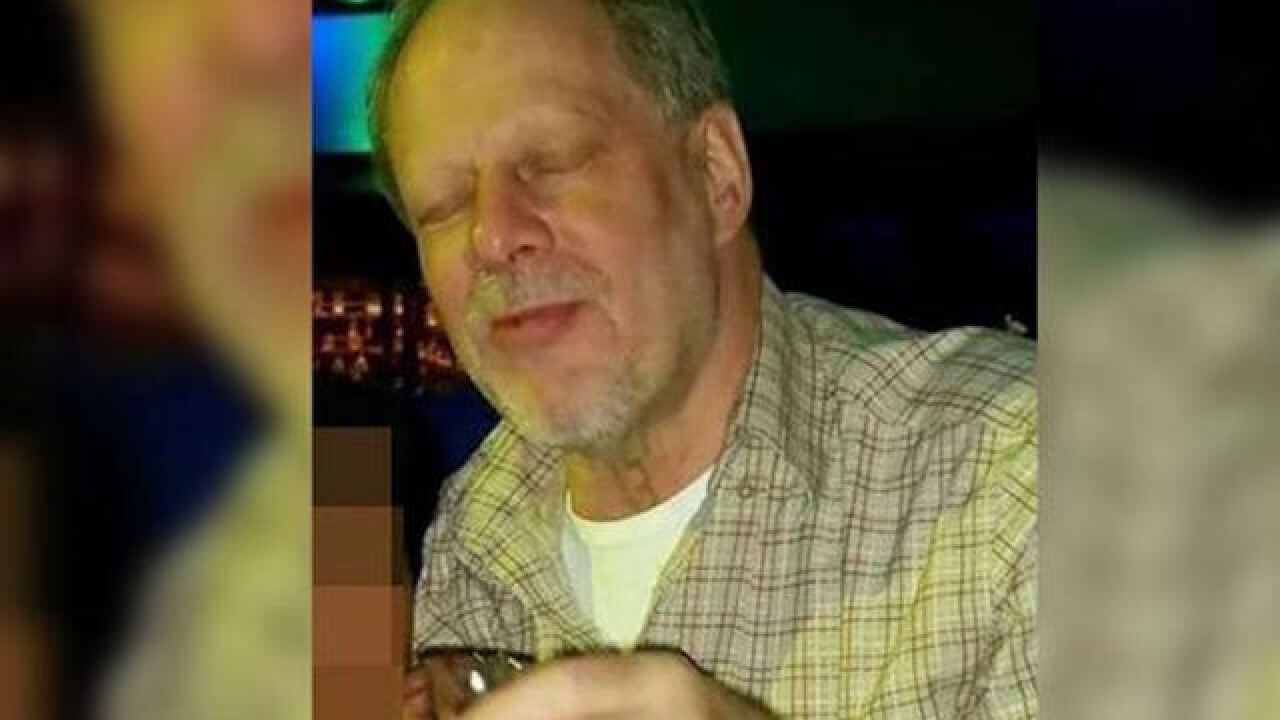 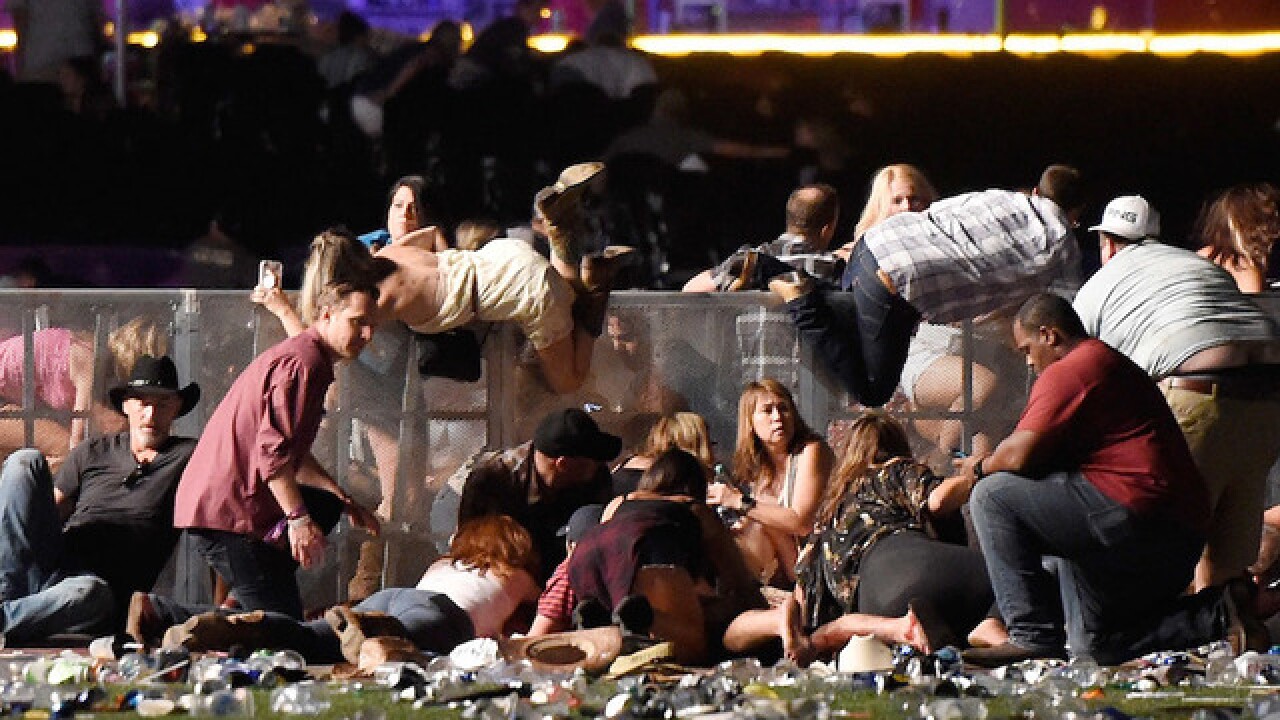 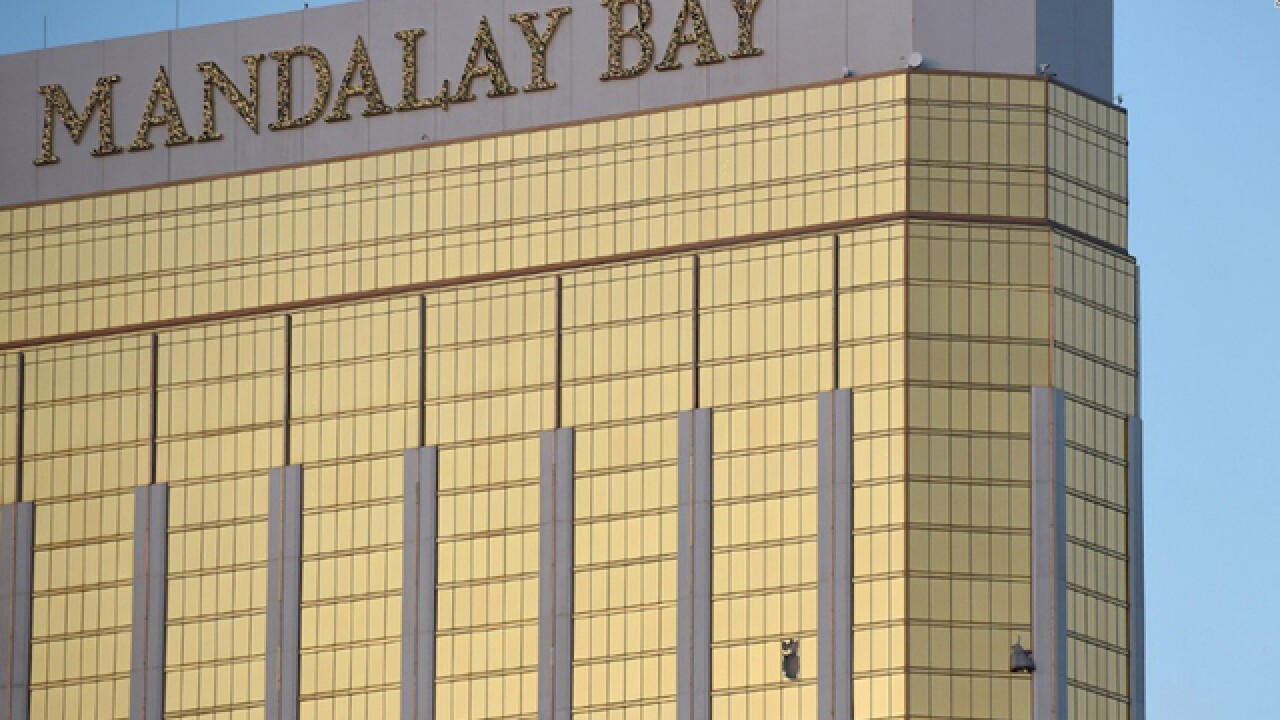 A "crazed lunatic" turned an outdoor concert into a bloodbath, killing 59 people in what is now the deadliest mass shooting in modern US history.

Thousands of country music fans ran for cover Sunday night as a gunman fired hundreds of bullets at them from a hotel on the Las Vegas Strip, officials said.

At least 527 people were hurt in the gunfire and ensuing stampede at the Jason Aldean concert, police said.

"About five feet from me, you could see a guy with a bullet wound right in his neck, motionless," witness Taylor Benge said. "From there on ... people just started dropping like flies."

Alexandria Cheplak, 25, called her father as she ran from the bullets.

The gunman, identified as 64-year-old Stephen Paddock, unleashed a hail of bullets from the 32nd floor of the nearby Mandalay Bay Resort and Casino, Las Vegas Metropolitan Police Sheriff Joseph Lombardo said Monday.

But why the massacre happened remains a mystery.

"I can't get into the mind of a psychopath," the sheriff said. Las Vegas Mayor Carolyn Goodman described the gunman as "a crazed lunatic full of hate."

-- Sonny Melton was identified as one of the slain victims. His employer, Henry County Medical Center in Tennessee, said Melton was a registered nurse. Melton's wife survived the shooting.

-- Police had no prior knowledge of the gunman before the attack, Sheriff Lombardo said. "I don't know how it could have been prevented," he said.

-- Paddock bought multiple firearms in the past, but investigators believe the firearms were purchased legally, a law enforcement official said. The official said initial reports suggest at least one rifle was altered to function as an automatic weapon.

-- Police found 10 rifles inside Paddock's hotel room, Lombardo said. "We believe the individual killed himself prior to our entry," the sheriff said.

-- Law enforcement is about to execute a search on Paddock's second home in northern Nevada, Lombardo said.

Benge was enjoying the concert with his sister when he heard a relentless onslaught of "200 to 300" bullets.

She and her husband ran in short bursts -- sprinting and hiding to avoid being targeted.

"There were purses and shoes everywhere ... there were bodies and blood," she said. "We just kept running."

Benge lauded the heroics of his sister, who "threw herself on top of me and said, 'I love you, Taylor,'" he said.

Witness Bryan Hopkins said he survived by jumping into a walk-in freezer at the Mandalay Bay hotel.

And country singer Jake Owen, who was on stage with Aldean, said children were among the crowd.

"I saw kids on their parents' shoulders tonight," he said. "This is something they'll never forget."

So far, the massacre has no known link to overseas terrorism or terror groups, a US official with knowledge of the case said.

And a woman who was described as a "person of interest" after the attack is now not believed to be involved in the shooting, police said in a statement.

"Marilou Danley is no longer being sought out as a person of interest," the Las Vegas Metropolitan Police Department said. "LVMPD detectives have made contact with her and do not believe she is involved with the shooting on the strip."

The gunman's brother, Eric Paddock, said he was stunned to learn Stephen was responsible for the deadliest mass shooting in modern US history.

He described his brother, a retired accountant, as "a wealthy guy. He liked to play video poker. He went on cruises."

The last time Eric Paddock spoke to his brother was when Stephen texted him, asking how their mother was doing after losing power from Hurricane Irma.

Eric Paddock said he knew his brother owned a few handguns and maybe one long rifle, but said he did not know of any automatic weapons.

The sheriff implored the community to donate blood. And before dawn Monday, throngs of donors had already lined up outside a blood bank.

Shanda Maloney tweeted a photo while she stood in line at 4:30 a.m.

"This. Is. Vegas. This is our community. These are our people. Thank you to everyone here donating," she tweeted.

Maloney told CNN she also gave transportation to anyone who needed it after the attack.

"I just started picking people up and giving people rides," she says.

Aldean posted a statement on Instagram saying that he and his crew were safe.

"My Thoughts and prayers go out to everyone involved tonight. It hurts my heart that this would happen to anyone who was just coming out to enjoy what should have been a fun night. #heartbroken#stopthehate," he wrote.

Two Las Vegas police officers are being treated at a hospital after they were injured during the shooting, Lombardo said. One is in critical condition, and the other had minor injuries.

"Pray for Las Vegas," Mayor Goodman tweeted. "Thank you to all our first responders out there now."

Trump says he will visit Las Vegas after massacre

Nevada Gov. Brian Sandoval said on Twitter that a "tragic & heinous act of violence has shaken the #Nevada family" and offered prayers to all those affected by "this act of cowardice."

'We just ran for our lives'

Rachel De Kerf filmed her escape from the venue using her cell phone, starting just after the first shots were fired.

She described ongoing gunfire, and played out the video she had recorded during which more than five minutes of gunfire were intermittently audible.

De Kerf's sister, Monique Dumas, said that everyone instantly crouched when they heard the shots.

"The band was rushed off the stage, the floodlights came on the crowd, and you see on the right hand of the stage the person who was injured, so they're calling for medics, calling for security, then there was gunfire again," Dumas said.

SiriusXM Country radio host Storme Warren was on the side of the stage as Aldean was performing when the shots rang out.

"I thought it was fireworks going off and maybe it mistriggered, and then it happened again. And when it happened the third time, we knew something was wrong," Warren said.

"The shells were hitting the deck of the stage when I was on it," he said, adding that he could still hear the shells as he went under the stage for protection.

"It seemed there was a pause in the gunfire and the people in the yellow shirts were telling the people to 'go, go, go, go' ... the gunfire never ended, it seemed like it went on and on and on," Dumas said.

A concertgoer told CNN affiliate KLAS that everybody was lying on top of each other trying to get out of the shooter's way.

"My husband and I ran out toward our car, and there were people hiding underneath my car for cover," she said.

"There was a gentleman who was shot and he said, 'Can you help me?' And so I put him in my car and I had like six people in my car, people without shoes, running, just to get away."

Audio of the shooting suggested that the shooter had used a military-style weapon, CNN law enforcement analyst James Gagliano said.

"Automatic weapon(s) like that -- had to be numbers of magazines or a very large drum, it sounded to me like a belt-fed weapon, a military-style weapon and then to be shooting down, to use the analogy, it was like shooting fish in a barrel in that space," Gagliano said.

MGM Resorts, which owns the Mandalay Bay, tweeted its condolences.

"Law enforcement and emergency personnel responded quickly to the incident and secured the scene," it said in a statement. "Law enforcement requested that we put hotels in the vicinity on lockdown to ensure guest safety. We will provide more information as it becomes available."

Later, Lombardo said guests at Mandalay Bay could return to their rooms. Police had completed the search of Paddock's room at the resort, he said.

Those looking for information about loved ones still missing after the attack can call 866-535-5654. And Facebook has set up a crisis response page to help people determine whether their loved ones are safe.