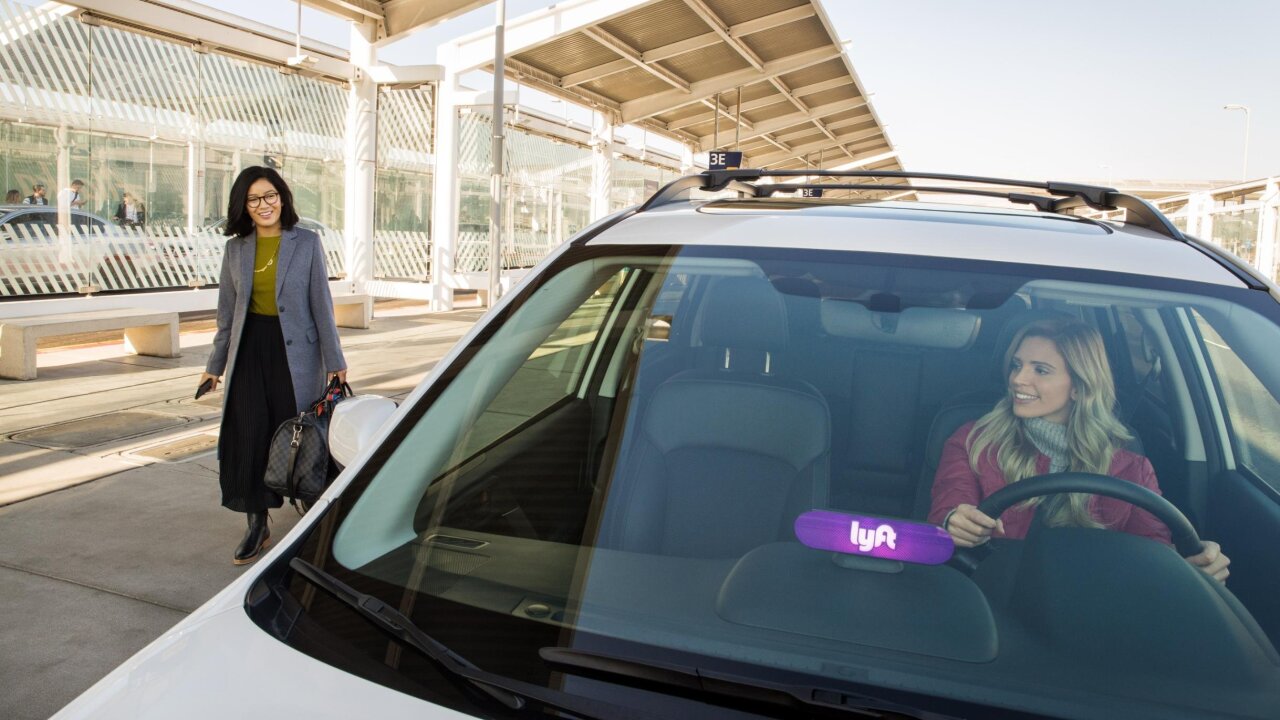 For years, Uber tried to bulldoze ahead of Lyft and other rivals through a mix of aggressive fundraising and dirty tricks . At one point in 2017, Uber's former CEO, Travis Kalanick, was caught bragging on video that it was "a piece of cake" to compete with Lyft. "I've beaten them," he said.

But on Friday, it was Lyft who beat Uber to become the first ride-hailing company to go public.

Lyft is set to begin trading on the Nasdaq Friday morning, in a Wall Street debut that could be a bellwether for how investors look at a long list of other billion-dollar tech startups expected to go public later this year, including Uber.

Lyft priced its initial public offering at $72 a share on Thursday, valuing the company at around $24 billion. The amount was above its original proposed price range of $62 to $68 a share.

In an unusual move, Lyft founders Logan Green and John Zimmer joined other execs to kick off their Wall Street debut at a former car dealership in Los Angeles, thousands of miles from the Nasdaq. At a press event there, Lyft's team announced plans to invest $50 million or 1% of its profits, whichever is greater, each year to support transportation initiatives in cities, starting with Los Angeles.

"Lyft has been successful against big odds because we have always prioritized the long term sustainable growth of both our community and our company," Zimmer said at the event.

Zimmer and Green launched Lyft in 2012 with the goal of rethinking transportation and the necessity of car ownership. The service quickly developed a reputation as the friendlier alternative to Uber. Lyft marked its cars in the early days with furry pink mustaches and passengers were encouraged to sit in the front and even fist bump their drivers.

For much of its history, however, Lyft was also viewed as a distant second to Uber. The latter hauled in billions in funding and expanded rapidly into new markets around the world. Then in 2017, Uber was upended by damning headlines about its workplace culture and by customer boycotts. It also saw an exodus of executives, including Kalanick.

While Uber did damage control, Lyft raised more money, expanded to dozens more cities and gained market share against its rival. According to its filing, Lyft's share of the US ride-hailing market spiked to 39% in December 2018 from 22% at the end of 2016.

"We're like cutthroat missionaries," Green told CNN Business in an interview last year. "I think people see the missionary aspect, or see that we care about taking care of people, and assume it means we'll be soft when it comes to competing."

The competition has cost both companies, though. Lyft's net loss climbed to $911 million in 2018, which is more than any other US startup has lost in the year prior to its IPO. It may not hold that dubious distinction for long. Uber said last month that it lost $1.8 billion in 2018.

Lyft is now playing up the power of its brand in its pitch to investors to keep gaining momentum.

In a promotional video released this month for the company's investor roadshow ahead of the IPO, Lyft COO John McNeill said: "Now that ride sharing has become more mainstream, we believe that users are increasingly choosing a platform based on brand affinity and value alignment."