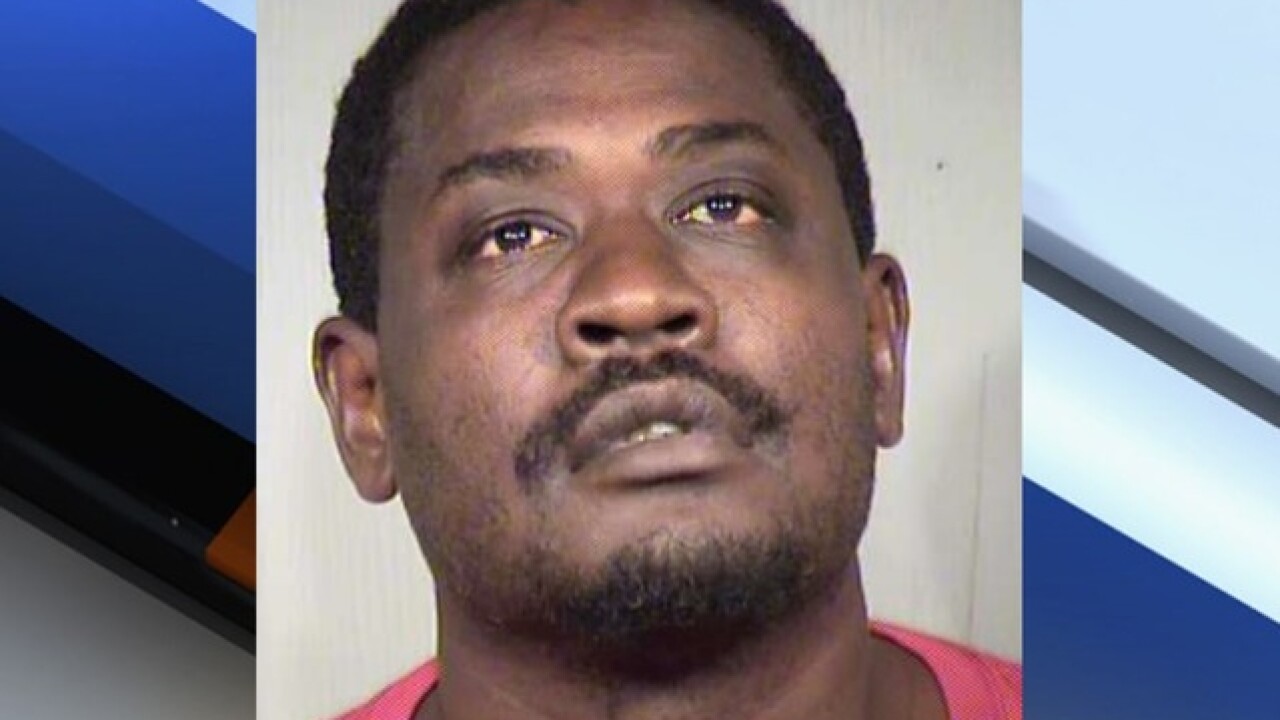 Copyright 2018 Scripps Media, Inc. All rights reserved. This material may not be published, broadcast, rewritten, or redistributed.
MCSO
<p>Larry Pinkney</p>

PHOENIX— A man is accused of doing dozens of beer runs at Valley Circle K locations since late last year.

Police say from November 2017 until Aug. 15 of this year, Pinkney stole cases of Budweiser and Bud Light from Circle K.

Nearly all of the thefts were from the store near 24th Street and Southern Avenue.

Surveillance pictures and video allegedly show Pinkney taking the beer from the stores in each of the incidents.

Police say during each incident he carried the beer in the same way and exited in the same direction. In many of the burglaries, he wore the same clothes.

Upon his arrest, Pinkney reportedly told police that he sells the beer for $7 a case.

Pinkney has been charged with 60 counts of theft.