Man explains having girlfriend while caring for wife with Alzheimer’s

Man explains having girlfriend while caring for wife with Alzheimer’s 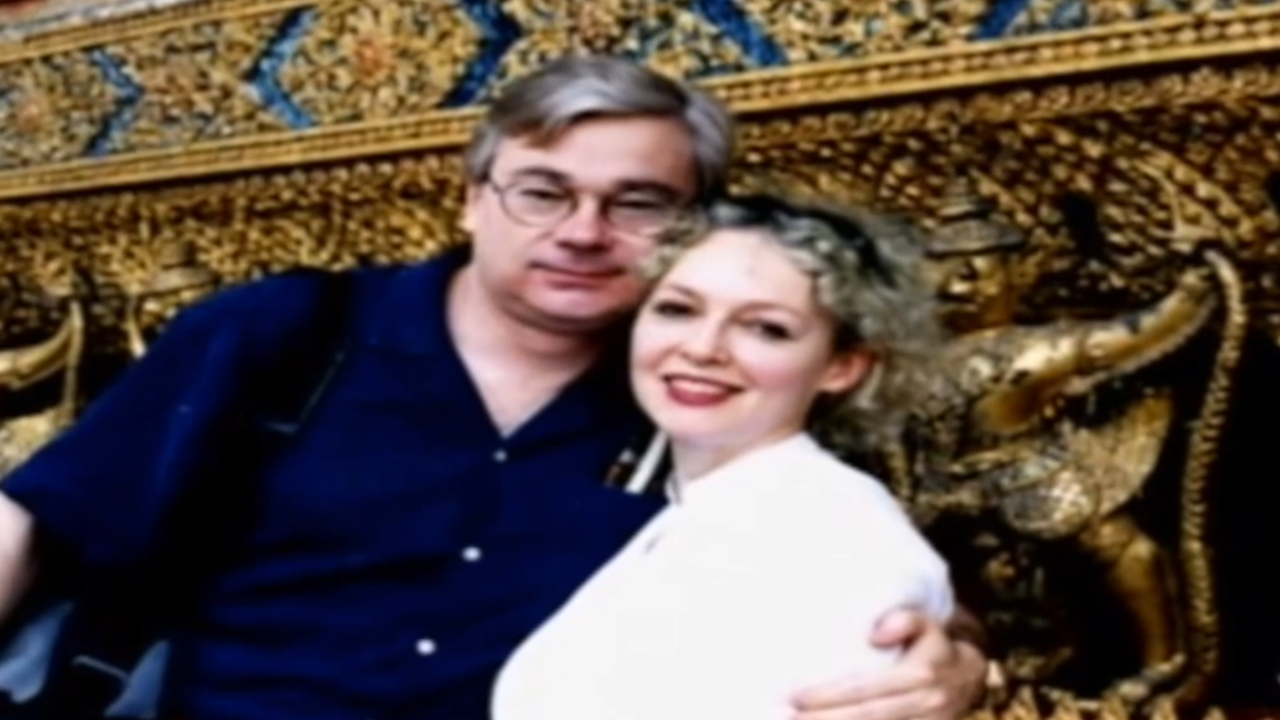 Barry Peterson and his wife, Jan, were looking forward to forever.

The married journalists were living and working in Asia, until Jan's diagnosis with Alzheimer’s at age 55 cut their forever short.

“The hardest thing was watching her disappear a little more,” Barry says.

“She was very adamant that if something happened to her, which I didn't think was going to happen, that I should go on and have the rest of my life,” he says.

“I do love him, and just couldn't do without him,” Jan said in the video.

Barry was alone, and he had to make a difficult decision.

“I really felt that for my survival, my sanity, my desire to have conversations with someone that really understood the process, that I needed to reach out and I did,” Barry says.

Friends encouraged Mary to go on Match.com. She says she later got a message from Barry, who shared his story about his wife's illness.

Mary Nell had suffered her own tragedy, losing her husband in a bicycle accident.

After writing and talking on the phone for a year, she and Barry met in person, and eventually moved in together.

With Barry traveling the world for work, Mary Nell took on caregiving responsibilities for Jan.

“I felt at peace the moment that Jan and Mary Nell bonded,” Barry says.

They called themselves a family of three.

“I didn't not love Jan, and I was not going to in any way abandon her, but I loved Mary Nell at the same time,” he explains. “And Mary now loved me, and Mary Nell loved Jan.”

Barry shared his experience in his book called “Jan's Story.”

He received some criticism, much like the husband of B. Smith--an iconic model and restaurateur who lives with Alzheimer’s—did. B. Smith’s husband, Dan, sent shock waves through social media when he revealed he has a live-in girlfriend while also caring for his wife.

“If you're not in it, then you have no right to judge people who are in it,” Barry says.

Amelia Schaffer with the Colorado Alzheimer’s Association says Barry and Dan’s stories are really about the importance of early detection and outlining your wishes while you can.

“The biggest barrier to having conversations early is that people don't recognize they're dealing with Alzheimer’s,” Schaffer says.

Jan passed away in 2013. Barry says if you can understand the love he shared with her and Mary Nell, “then you have understood the matrix of what love is like with Alzheimer’s for people who just want to survive.”