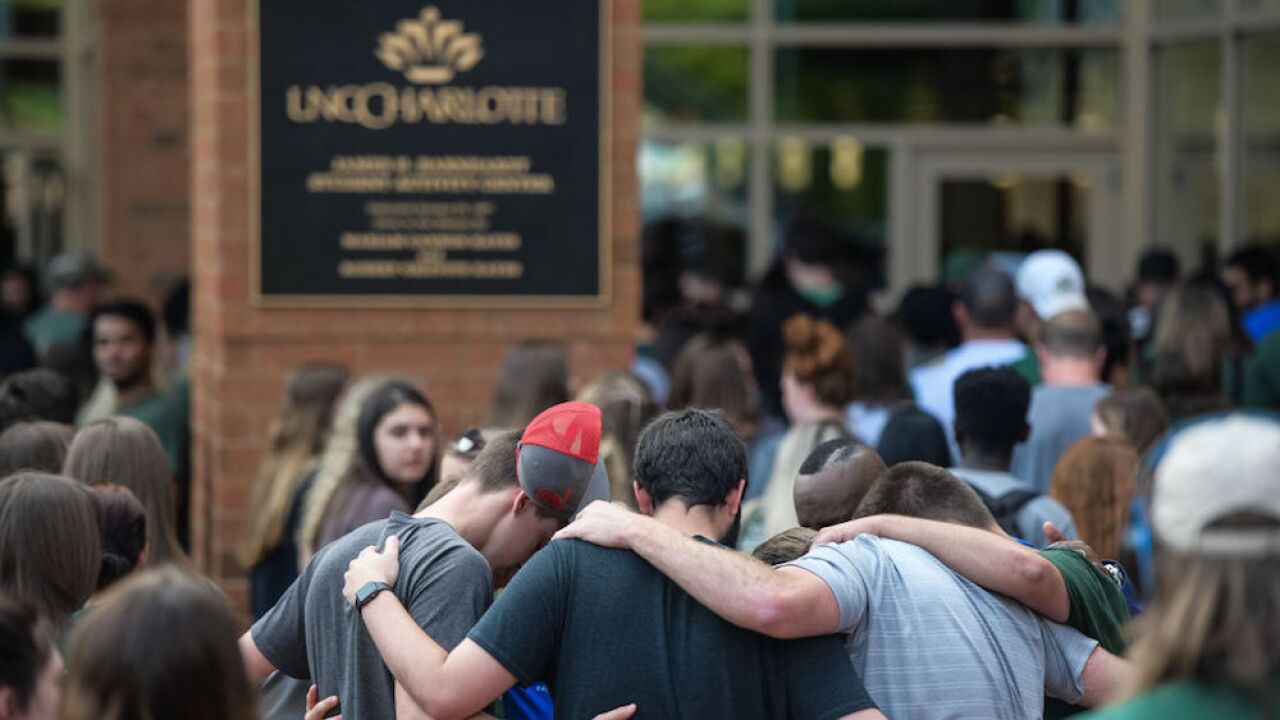 When a gunman walked into his classroom at the University of North Carolina at Charlotte campus, Riley Howell rushed toward him, police and Howell's family said.

Howell, 21, was shot "point blank" and died trying to take the man down, his aunt Morgan Howell Moylan said. Another student, 19-year-old Reed Parlier of Midland, North Carolina, was also killed, the school said. Four other students were wounded in the attack.

The shooter rushed inside a classroom Tuesday and opened fire just as Howell and about 30 other students were listening to final presentations in their liberal studies class.

Charlotte-Mecklenburg Police Department Chief Kerr Putney said Howell ran at the gunman and knocked him off his feet -- something that eventually helped police arrest the suspect.

"He's an athletically built young man and he took the fight to the assailant," Putney said. "Unfortunately, he had to give his life to do so, but he saved lives doing so."

Howell, who was the "first and foremost hero" on Tuesday, did exactly what law enforcement recommend people do in an active shooter situation, Putney said.

Howell's aunt said she was not surprised when she learned of her nephew's actions during the attack.

"He did such a heroic thing," Moylan said. "He was everybody's protector. You felt safe when you were with Riley."

Howell wanted to join the military or becoming a firefighter

Howell grew up taking care of his three younger siblings on his family's farm in Waynesville, North Carolina. He spent time working out with first responders and dreamed of serving in the military or firefighting.

In a statement, Howell's family said he always stood up for what he believed and didn't hesitate to help those in need.

"His faith was strong and he knew what he had to do when people needed him most," the family said in a statement Wednesday. "He was always the guy you could count on and he delivered."

His aunt said Howell had put off signing up for the military to go to college. After graduating from Roberson High School in Asheville, North Carolina, he briefly attended Asheville-Buncombe Technical Community College before transferring to UNCC.

This was his first year at the university and, as were many other students, Howell was attending the term's final day of classes on Tuesday.

Moylan described her nephew as a "big teddy bear" who loved to cook, spend time outdoors and enjoyed working for a landscaping company.

"He was super fit, always the one who was showing all the kids things, he drove the boat at the lake house," she said.

The university has identified those who were wounded as Rami Al-Ramadhan, 20, of Saihat, Saudi Arabia; Sean DeHart, 20, and Drew Pescaro, 19, of Apex, North Carolina, and Emily Houpt, 23, of Charlotte.