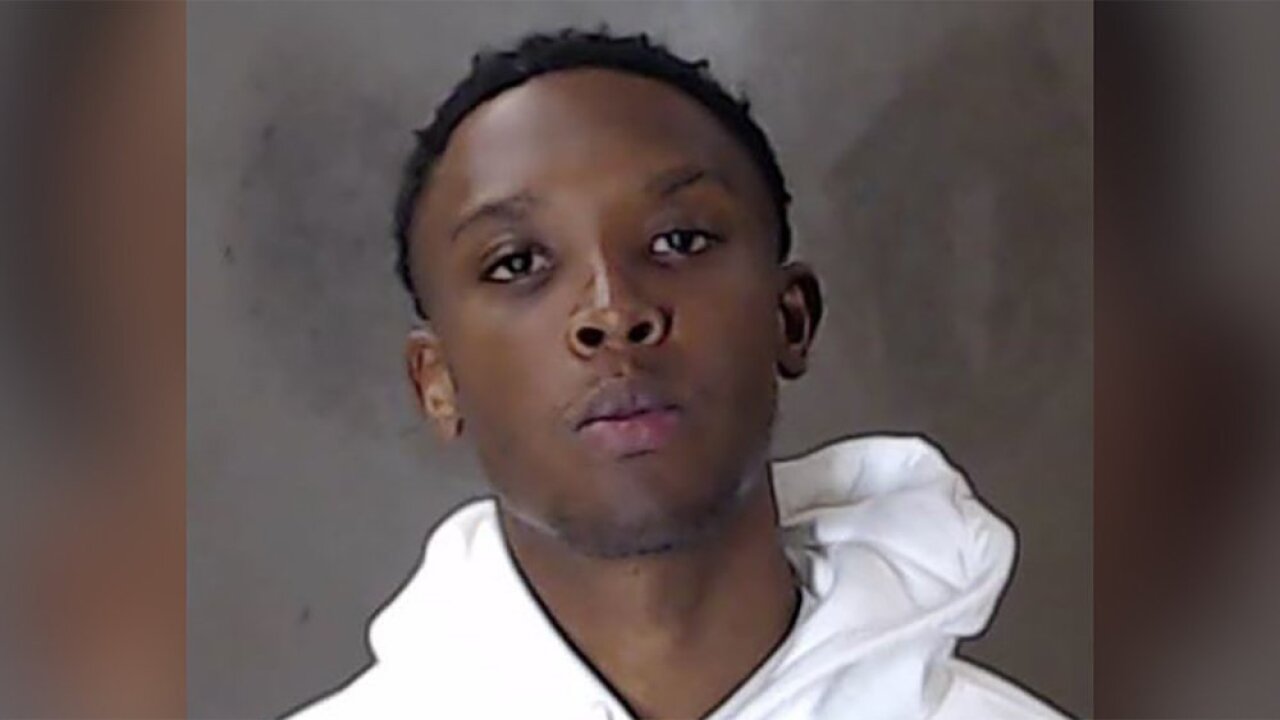 A four-day manhunt for the driver who mowed down a 9-year-old girl playing in her front yard is over.

But the suspect's explanation for the hit-and-run is surprising.

Gabriel Fordham turned himself in to Georgia authorities on Tuesday, the DeKalb County Sheriff's Office said.

Officials say he plowed his car into LaDerihanna Holmes before crashing into her home and then fleeing the scene on Friday.

Dontaye Carter, a spokesman for Fordham's legal team, said Fordham was fighting off a carjacker when the crash happened.

"He was carjacked when stopped at a stop sign when a guy jumped in his car and pistol-whipped him, and he tried to fight him off," Carter said.

At a news conference Wednesday, the DeKalb County Police Department said it couldn't confirm whether the carjacking claim was true, since the investigation is ongoing.

Fordham has been charged with failure to maintain lane, failure to stop at a stop sign, reckless driving, hit and run and serious injury by vehicle.

LaDerihanna was outside playing with a friend when she caught just a glimpse of a dark car speeding toward her.

Surveillance footage shows the car flying over the curb and onto the girl's front lawn in Lithonia, near Atlanta. LaDerihanna starts to sprint, but she can't outrun the careening car as it crashes into her and then into her house.

She suffered a fractured skull and a shattered pelvis that's broken in three places.

"She was lifeless. I was screaming," LaDerihanna's mother, Charlotte Bolton, told CNN.

LaDerihanna was hospitalized in critical condition but has since been upgraded to stable, her mother said Tuesday.

Bolton said even she felt the impact of the crash from inside the house.

"I heard a very bad sound, and my house shook like an earthquake," the mother said. "I immediately knew something was wrong. I screamed, 'My baby!' because I knew she was on the porch."

She raced to the front lawn, where "a lady had gotten my baby from between the car and my house," Bolton said. "Another gentleman started doing CPR."

LaDerihanna's father scooped her up and drove her to the hospital. Bolton followed in another car.

As neighbors scrambled to help, the driver of the car fled without checking on the girl.

"He's caught on camera taking part in this horrific situation that turned into a miracle for this child. I've just never seen anything like this in my entire career," said attorney L. Chris Stewart, who's representing the girl's family.

It's also a small miracle that the family had security footage capturing both the crash and the back side of a man who fled the car.

The idea for the camera stemmed from a theft at the home.

"Someone had (stolen) my son's bicycle out of the front yard, and my husband said, 'I'm going to get cameras for the house,' " Bolton said.

But a few weeks ago, Bolton's husband thought the camera wasn't needed anymore and canceled the iCloud recording service.

"And I told him, 'We need those cameras back running.' And if it wasn't for that, we wouldn't have anything," she said.

"This car is deep in my house," Bolton said. "My basement is destroyed."

LaDerihanna is trying to stay positive as she recovers from her extensive injuries.

"She's in a lot of pain, but she's in good spirits," her mother said. "She's a strong little girl. She's talking, she's laughing, she's joking. She's talked to her friends."

Bolton said the family is grateful for the "wide outpouring of love and support all across the world."

"LaDerihanna wanted me to tell everyone thank you so much for your prayers, your well wishes," she said.

"To all of her new friends she's gained around the world, she wanted me to say thank you for contributing to her GoFundMe that's in her name that's to pay for her unpaid medical bills, her rehabilitation and long-term care."

By Wednesday night, donors had contributed more than $53,000 to the GoFundMe account for LaDerihanna's medical bills.