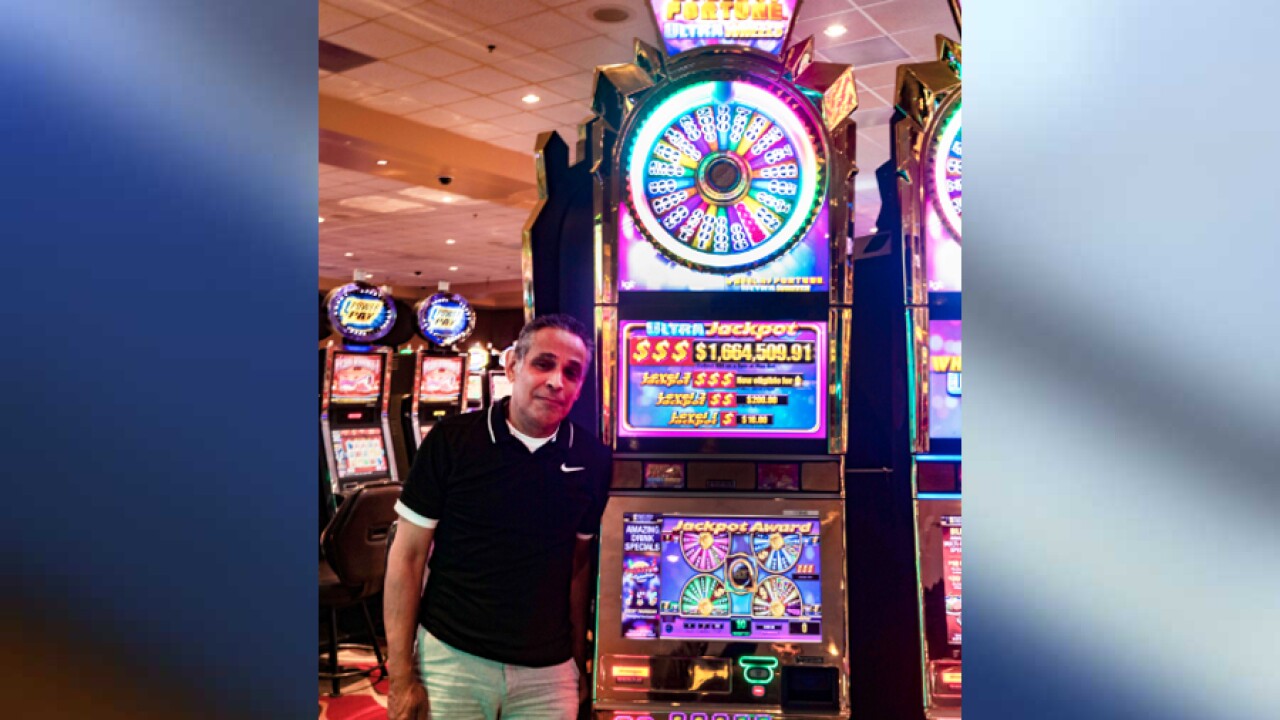 The man, identified as Robert S, was playing the IGT Wheel of Fortune Ultra Wheels penny slot when he hit it big, according to the casino.

“I’m still in shock. I couldn’t sleep for two days. I was up tossing and turning and thought they would call me and say the machine malfunctioned,” Robert said.

A photo taken after the big win shows Robert standing next to the machine.

Robert says he plans to invest the money for the future and is excited for his early retirement.

The win comes just weeks before the casino plans to open its $50 million expansion.