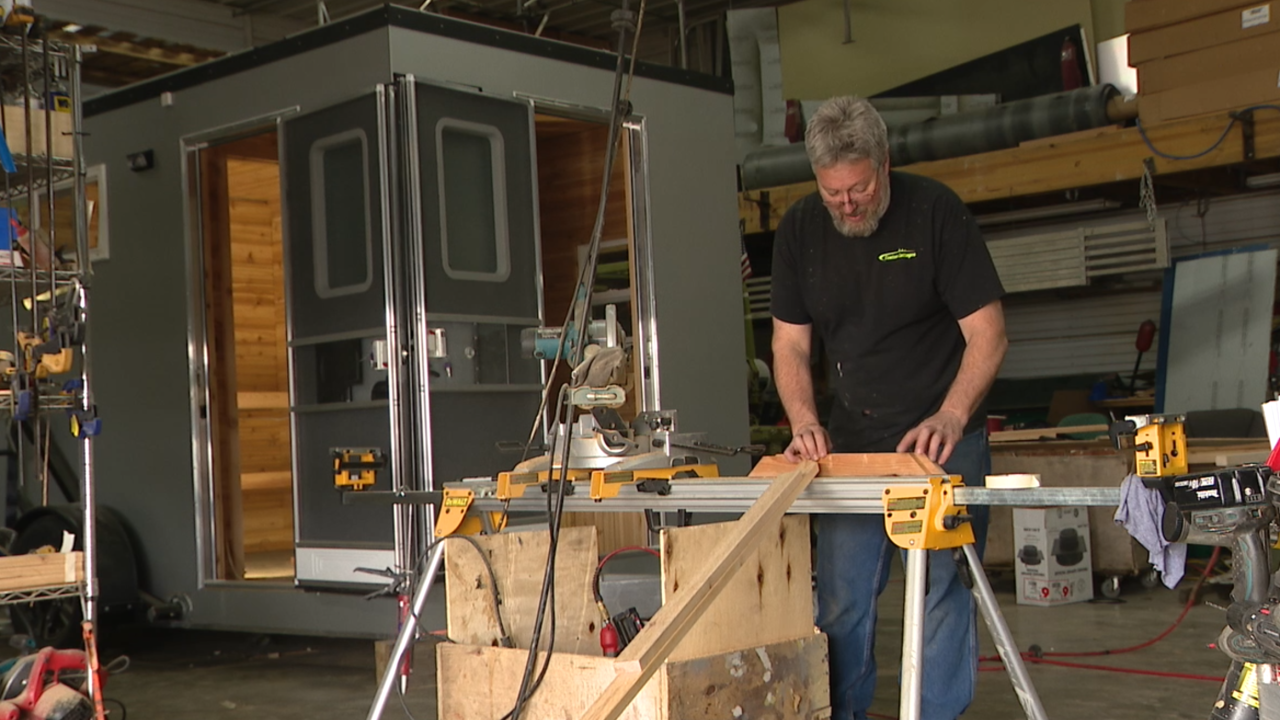 People often enjoy going into sauna after a workout to relax the muscles or maybe for some meditation. However, the traditional Finnish sauna—pronounced ‘SOW-nuh’ and used as both a noun and a verb by die-hard enthusiasts—should incorporate several rounds of extreme temperatures.

It’s a practice that one man has turned into his full-time business. And it’s really gaining steam.

“It’s a really healthy and fun experience,” according to Minnesotan and sauna entrepreneur John Pederson. “It’s hard for me to put into words.”

Pederson says the practice usually involves about 10 to 15 minutes in a traditional wooden room heated to between 160 and 200 degrees, followed by a similar amount of time outdoors in a much colder climate, often with a plunge into cold water.

Your mind is able to think clearly, he says.

Not only is it relaxing and good for the mind, he says, but studies show that the sauna really can have health benefits , including reducing the risk of high blood pressure, cardiovascular disease, and neurocognitive diseases. It can even help to prevent headaches, arthritis and the flu.

For Pederson, it all began after a trip to Finland. Then, in 2014 he built a sauna in his backyard. Since it’s meant to be a communal experience, he made an online sign-up sheet.

“That sheet filled up totally in 48 hours for the whole month,” he said.

Soon the 612 Sauna Society , with the name paying homage to their Minneapolis area code, was born.

But with demand clearly so high, why stop there?

That’s when one of his partners, Eric Bongard—a builder who used to make ice fishing houses—joined.

“I’m like ‘no way,’” Bongard said of his initial reaction to the sauna idea.

But with the persuasion of another team member, sauna enthusiast and “Sauna Talk” podcast-creator Glenn Auerbach, Bongard was sold. It was the health benefits that enticed him, Bongard says.

This team, along with Pederson, is now producing mobile saunas , which can hitch to a vehicle like a trailer. They’re shipping them nationwide.

The trend really seems to be taking off. Pederson has partnered with hotel group Aparium, which aims to bring sauna to a number of their hotels as part of a whole new take on wellness. Their Minneapolis Hewing Hotel already hosts monthly ‘ Full Moon Steam ’ sessions on their rooftop.

“We’re taking it one step further,” said Aparium’s Ken Ludeke “[We’re] giving people an opportunity to experience things that are probably a little outside of their comfort zone.”