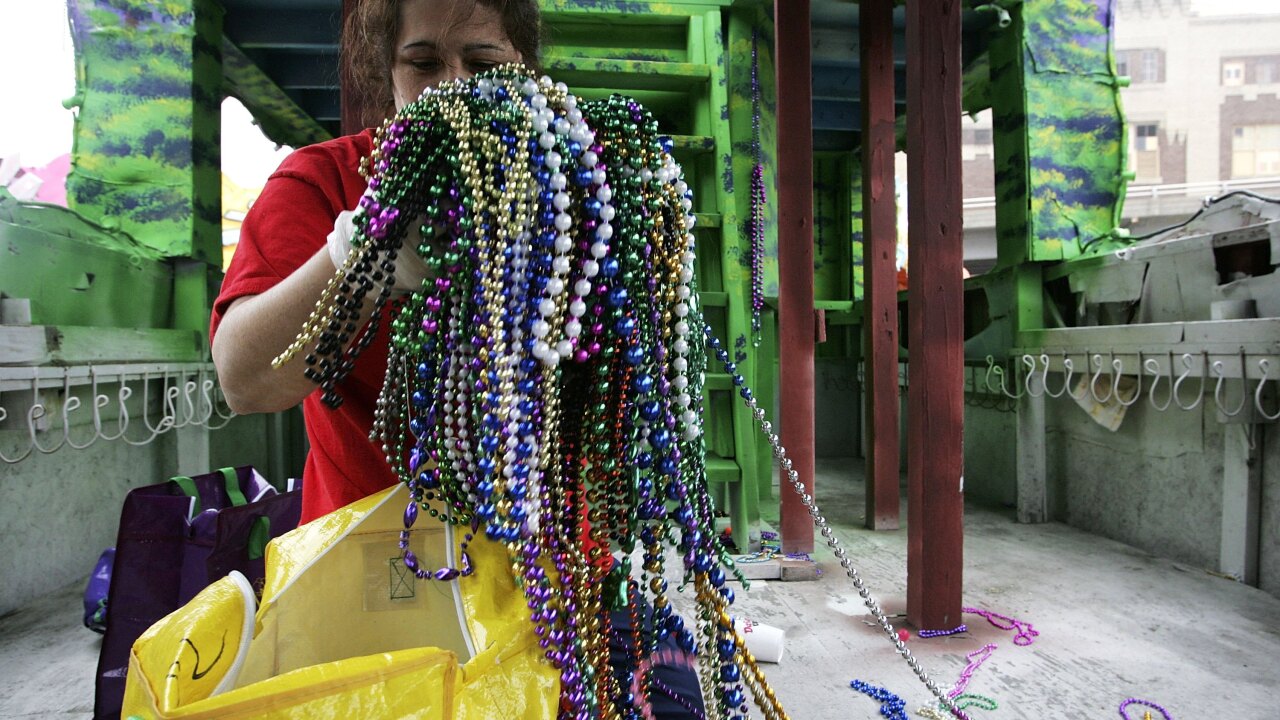 Tons of waste is scooped up every year after massive Mardi Gras celebrations in New Orleans, and one item has become more noticeably part of the problem: Plastic beads.

In 2018 following all of the parades in the city, the sanitation department removed 1,200 tons of waste , National Geographic reports. Much of that was beads — an estimated 46 tons. And that was on just five blocks of St. Charles Avenue , where the parades happen.

The tradition of throwing beads started in the 1960s. It's become a massive money maker for retailers, and a party favor favorite. As the trash piles up around the annual celebrations in one of the most-recognized party towns, people are starting to think about recycling. How can it be instilled and become part of the party?

According to National Geographic, a community focused nonprofit called Young Leadership Council is developing a Mardi Gras recycling program that will have crews of volunteers walking alongside some of the parades. Those volunteers will pass out bags for trash and recycling, and for collecting unwanted beads.

Another group called Atlas Beads will be out on bicycles this year, using carts welded to the bikes that will hold trash they pick up.

There are other groups looking to recycle and reuse plastic beads, including Arc of New Orleans. Adults with intellectual disabilities are hired to repair and sell the strands back to partygoers the following year.

What's the point of all this effort? To keep the storm drains unclogged. Those drains lead to the city's natural waterways, and the environment is at stake.

The city itself also has a bead recycling program with stations along parade routes and volunteers who circulate to recollect the beads. It has also installed "gutter buddies," according to MNN.com , that temporarily block larger objects from entering storm drains, but still allow water to pass through.

Mardi Gras 2019 begins this week and culminates on Fat Tuesday, which this year is March 5. Click here for a list of parades in New Orleans.