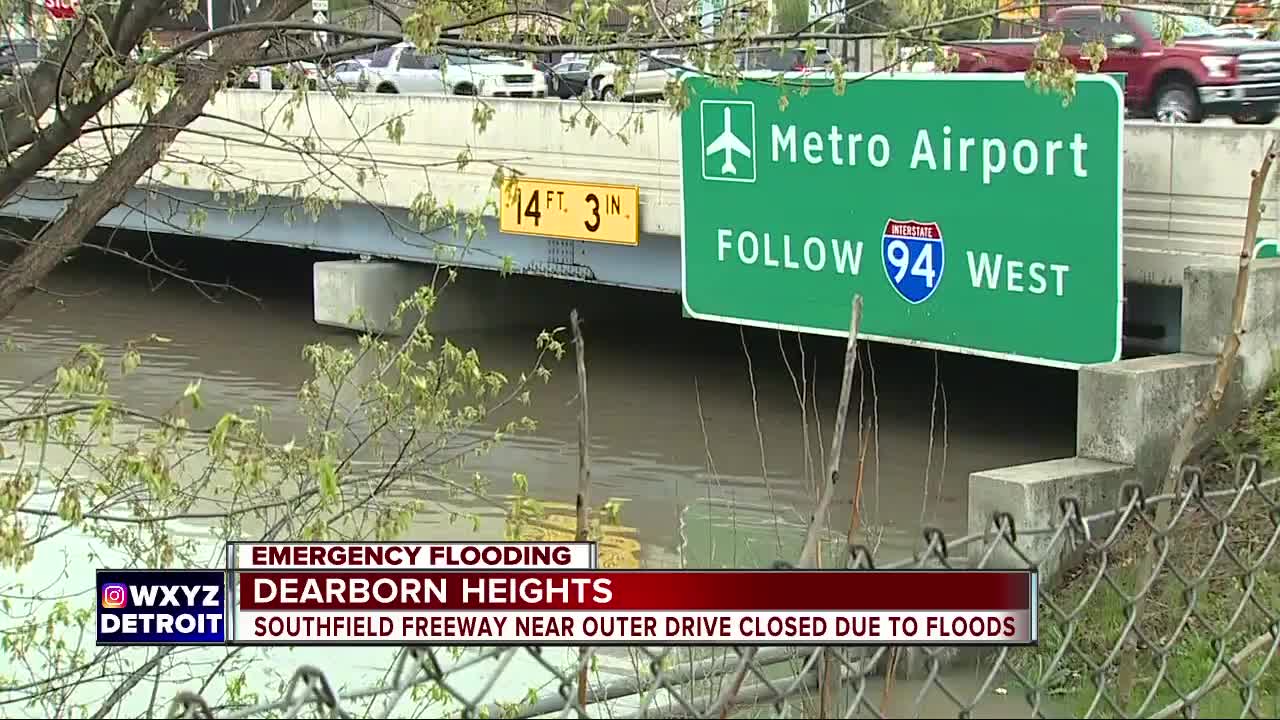 Southfield Freeway is closed in both directions at Outer Dr. in Dearborn due to flooding. Chopper 7 is over the scene and flood waters are nearly 14 feet high reaching the Outer Dr. bridge. 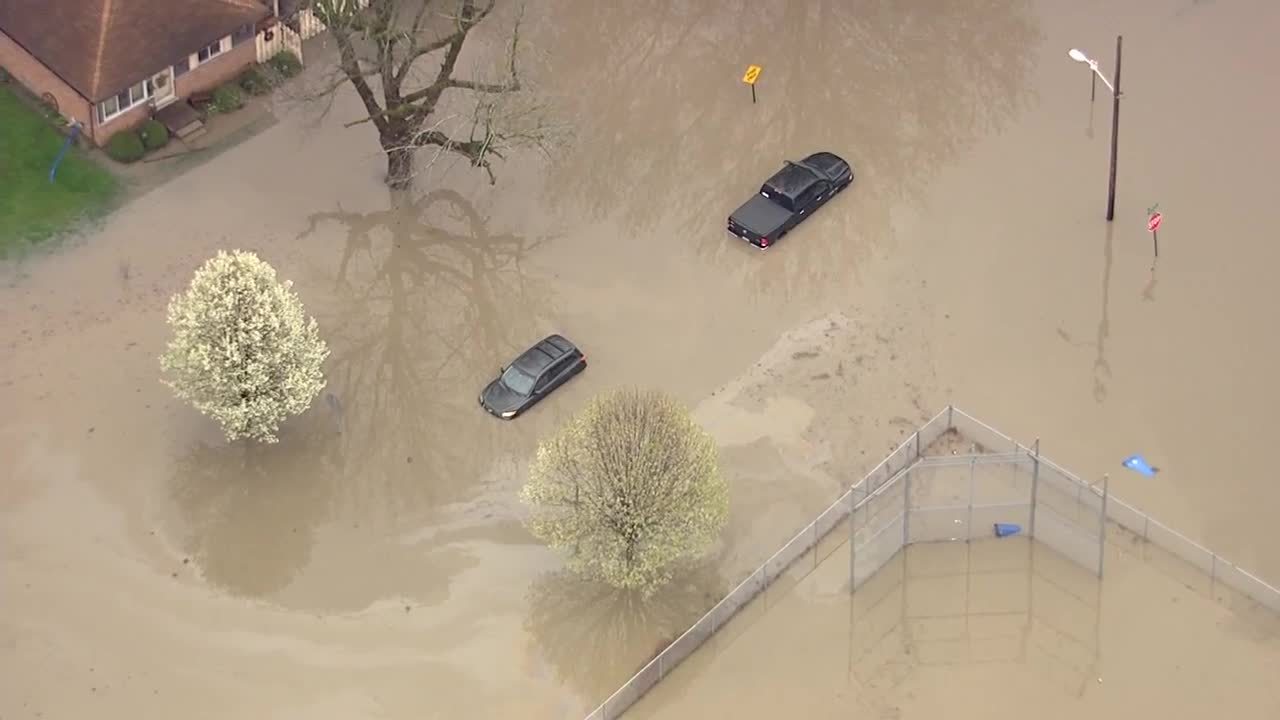 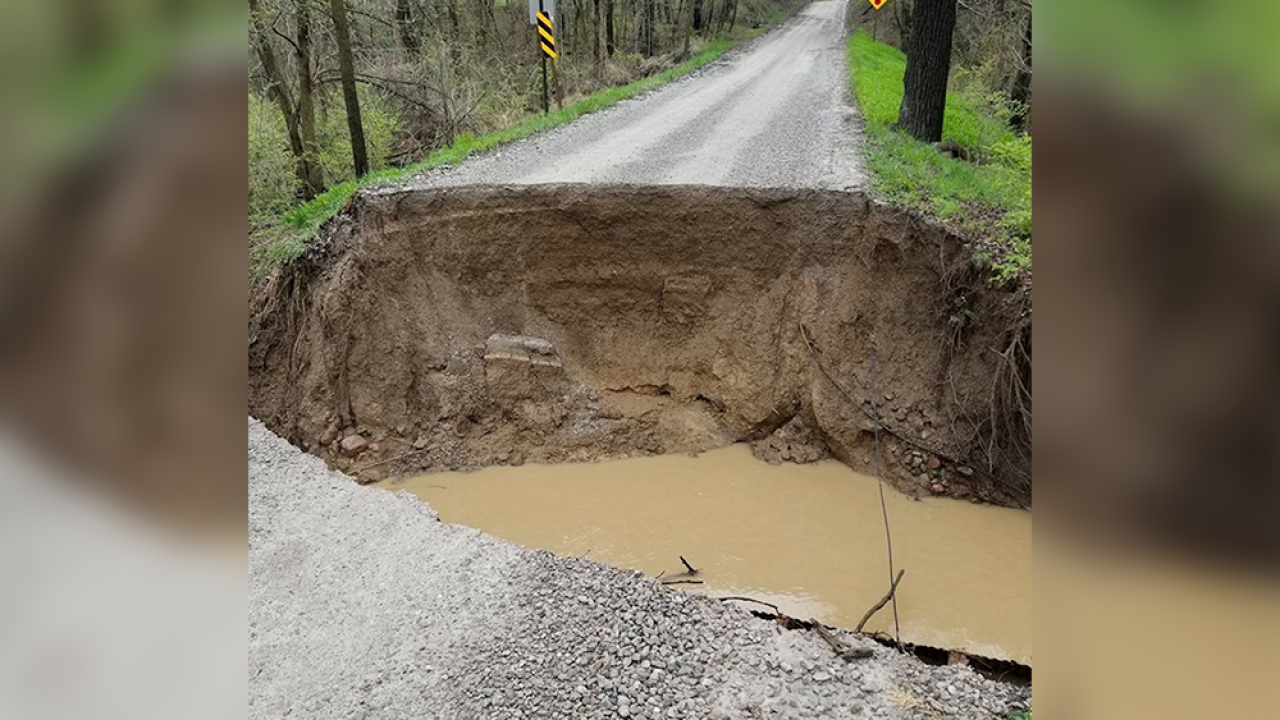 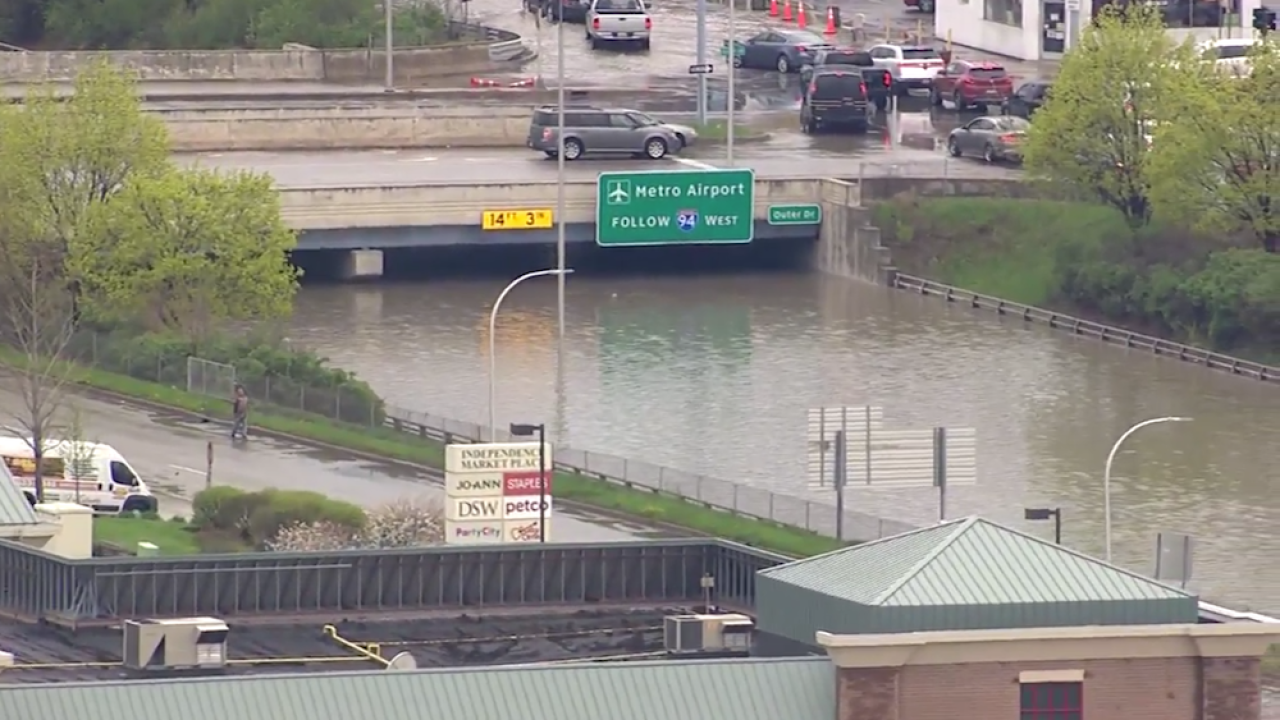 Floodwaters 14 feet deep have covered an expressway near Detroit, shutting the road down in both directions.

Southfield Freeway in Dearborn, Michigan, a suburb of Detroit, is closed in both directions. Floodwaters have completely submerged a portion of the highway, and nearly reach the top of an overpass.

It's not clear when the highway will reopen but crews on scene said it could take days. According to residents in the area, that portion of the highway floods once a year.

About an hour away in Saline Township, a giant sinkhole has left a road impassible. One driver told reporters with Scripps station WXYZ in Detroit that they nearly drove into the hole on Wednesday evening.

Detroit and its surrounding suburbs have seen catastrophic floods since Wednesday morning after some areas received as much as 2.5 inches of rain in the span of hours. Rain will continue to fall in the area through Friday.