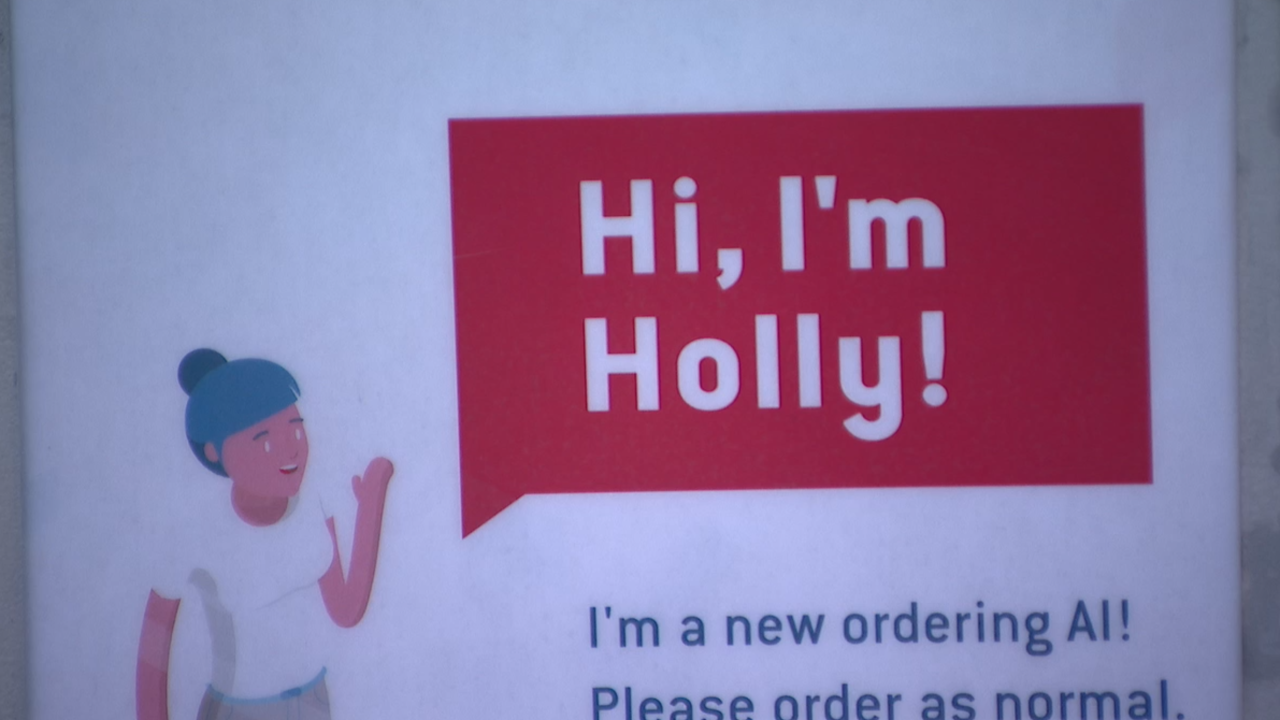 At the Good Times Burgers & Frozen Custard in Denver, Colorado, this robot, Holly, is working the morning rush.

Holly is cutting the drive through time by 10 to 15 seconds.

For 20 years, worker Orlina has been taking orders and serving up food. She says Holly is one of the most helpful employees on staff.

“It’s really fast and helps us with the speed a lot,” she says.

The creator behind this artificial intelligence technology is Valyant. Rob Carpenter, the CEO of the company, says as jobs evolve and change, new jobs become available.

As with most new technology, Carpenter says they’re still working out all the kinks.

“It’s almost understanding the almost infinite ways to that people can ask for a cheeseburger,” Carpenter explains. “There are also the different accents you have to content with and the background noises.”

While customers find the idea of Holly fun, their still unsure.

“It was awkward,” says one customer. “And humans are just better and more responsive and talkative.”

Carpenter admits Holly isn't the perfect employee, but he says in the next five years, you will see more robots at big name stores and fast-food restaurants.

"Right now, this is ground zero handling drive through,” he says. “Eventually, we are going to start seeing it in more tangible ways, where it can actually carry on a more fluid conversation."

Carpenter says the opportunities are limitless.