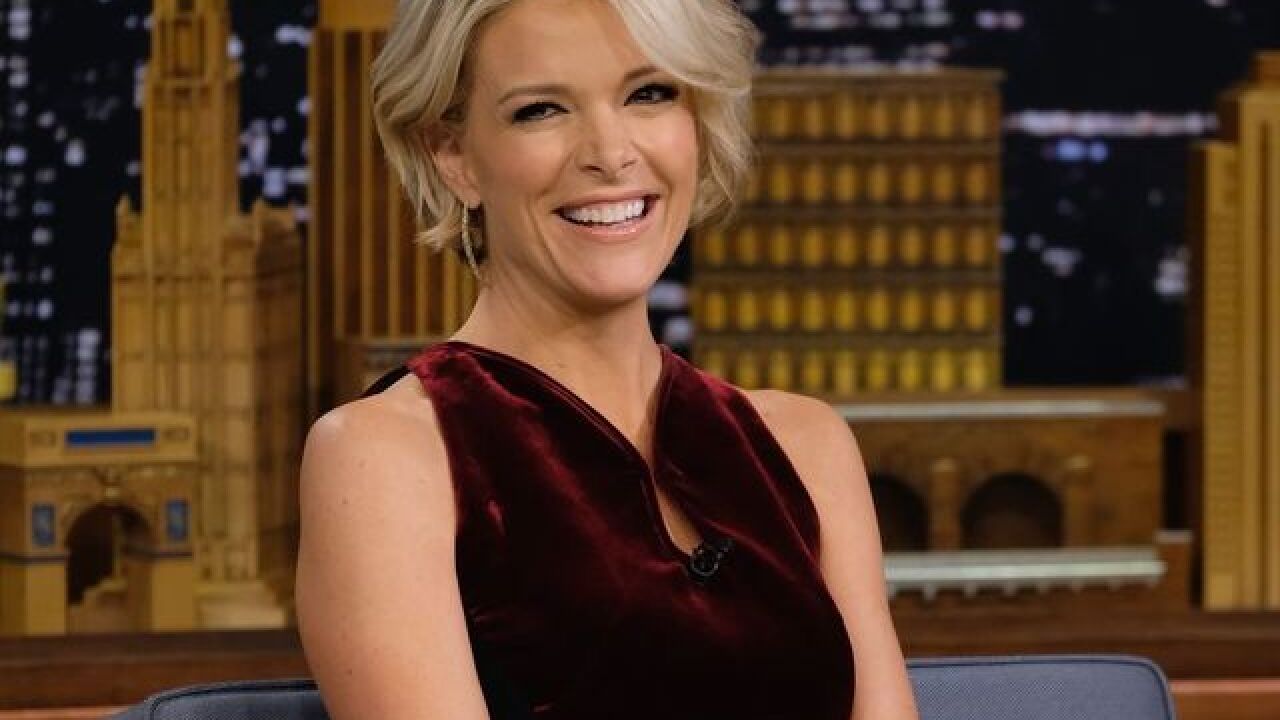 "One of the wonderful things about my job is that I get the chance to express and hear a lot of opinions," Kelly said in the internal note, a copy of which was provided by a spokesperson for NBC. "Today is one of those days where listening carefully to other points of view, including from friends and colleagues, is leading me to rethink my own views."

Kelly made the offending remarks during an awkward roundtable discussion about inappropriate and offensive costumes on her eponymous one-hour block of the "Today" show, known as "Megyn Kelly Today."

During the segment on Tuesday, Kelly said it was OK when she was growing up for white people to dress up as black characters, and she spoke out against a controversy that erupted last year over a reality star who portrayed Diana Ross.

"But what is racist?" Kelly asked. "Because you do get in trouble if you are a white person who puts on blackface on Halloween, or a black person who puts on whiteface for Halloween. Back when I was a kid that was OK, as long as you were dressing up as, like, a character."

Later in the discussion, Kelly brought up Luann de Lesseps, a star on "The Real Housewives of New York" who drew a backlash last year for dressing up as Ross.

"There was a controversy on The Real Housewives of New York with Luann, and she dressed as Diana Ross, and she made her skin look darker than it really is and people said that that was racist," Kelly said. "And I don't know, I felt like who doesn't love Diana Ross? She wants to look like Diana Ross for one day. I don't know how, like, that got racist on Halloween."

(De Lesseps apologized for the costume, but denied altering her skin.)

Many observers were aghast at Kelly's comments, and some noted that the panel did not include a single person of color. And absent from the discussion was any mention of the ugly history of blackface, a tradition spanning centuries meant to perpetuate racist stereotypes.

But the panelists on Tuesday did not echo Kelly's point of view.

"If you think it's offensive, it probably is," said the author and television host Melissa Rivers. "Whatever happened to just, manners and polite society?"

"But on Halloween? On Halloween you've got guys running around with fake axes coming out of their head," Kelly replied. "You're going to, it's going to be jarring."

"I haven't seen it. I have not seen it, but it sounds a little racist to me," he said.

In her note to colleagues after the show aired, Kelly explained that she now understands how she erred with those comments.

"When we had the roundtable discussion earlier today about the controversy of making your face look like a different race as part of a Halloween costume, I suggested that this seemed okay if done as part of this holiday where people have the chance to make themselves look like others," she said. "The iconic Diana Ross came up as an example. To me, I thought, why would it be controversial for someone dressing up as Diana Ross to make herself look like this amazing woman as a way of honoring and respecting her?"

"I realize now that such behavior is indeed wrong, and I am sorry," Kelly added. "The history of blackface in our culture is abhorrent; the wounds too deep."

The response to Kelly, particularly on Twitter, was vociferous on Tuesday, with a number of celebrities joining the pile-on.

"I cannot believe the ignorance on this in 2018. You are on national television," "Top Chef" host Padma Lakshmi said in a tweet directed at Kelly. "You have a responsibility to educate yourself on social issues @megynkelly. This is so damaging."

For Kelly, who left Fox News in 2017 to sign a contract with NBC worth a reported $23 million a year, it was not the first time she has drawn accusations of racism. In 2013, while still an anchor at Fox, Kelly infamously addressed the ethnicity of Santa Claus.

"By the way, for all you kids watching at home, Santa just is white," she said before bringing Jesus into the discussion for good measure.

"Jesus was a white man, too," she said at the time. "He was a historical figure, that's a verifiable fact, as is Santa."

Addressing her colleagues on Tuesday, Kelly said she's "never been a 'pc' kind of person -- but I understand that we do need to be more sensitive in this day and age."

"Particularly on race and ethnicity issues which, far from being healed, have been exacerbated in our politics over the past year," Kelly said. "This is a time for more understanding, love, sensitivity and honor, and I want to be part of that. I look forward to continuing that discussion."