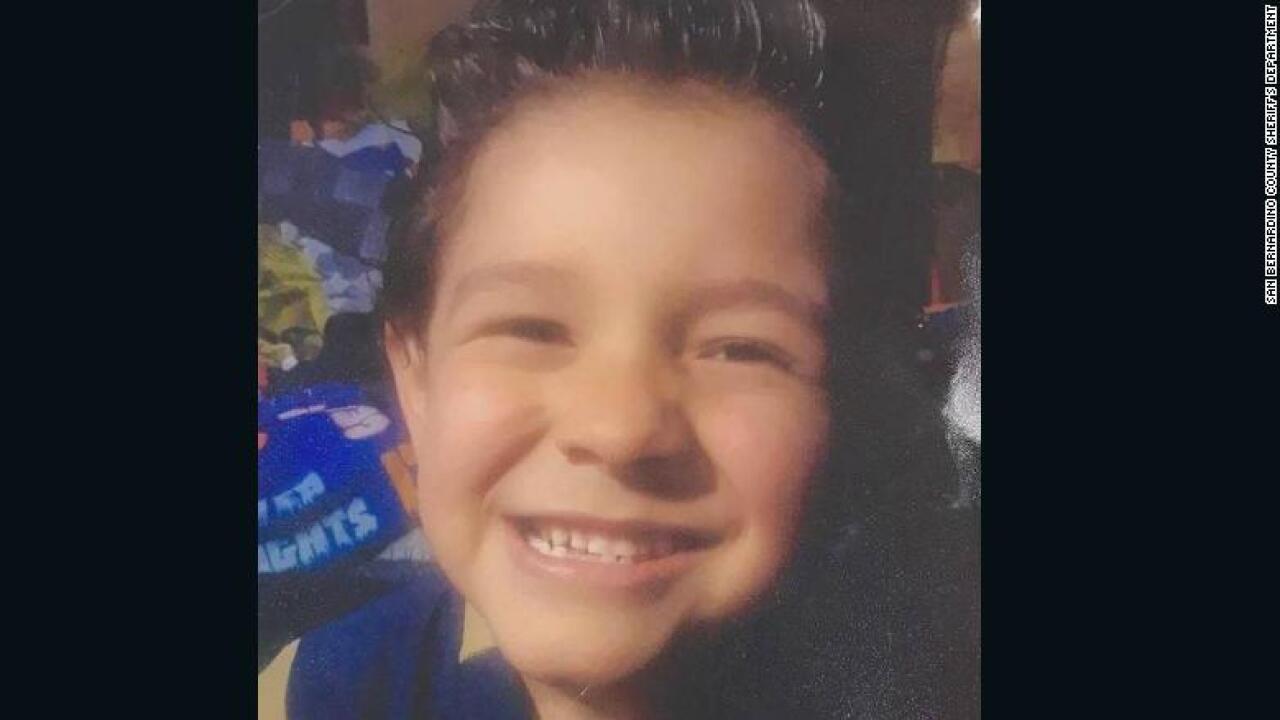 The mother and aunt of a missing 6-year-old boy from Apple Valley, California, have been arrested and are being held on suspicion of his murder, police say.

Jakee Raquel Contreras, 29, was arrested after she reported her son Duke Flores missing Thursday night, according to a news release from the San Bernardino County Sheriff's Department.

The department said officers had responded to a request for a welfare check at an Apple Valley home and that upon arrival Contreras told them that Duke had not been seen for approximately two weeks.

"Deputies immediately began a search of the area," the release said. Contreras was arrested for child neglect for her delay in reporting her son missing.

Homicide detectives began conducting an investigation at the scene on Friday, the department said.

"The search continued for Duke and K9 units were requested and responded to the location. Detectives gathered evidence and conducted multiple interviews throughout the day with family members," the department said.

It is not clear if the sisters have legal representation.

Detectives are continuing to search for Duke.

CNN affiliate CBS LA reported that Duke's grandmother said she had been the last to see him and that another relative had asked for police to do a welfare check.

"I've known that kid since he was a baby, I remember I used to carry him in my arms ... it's emotional. I'm trying not to break down at the moment," Gutierrez told the station.