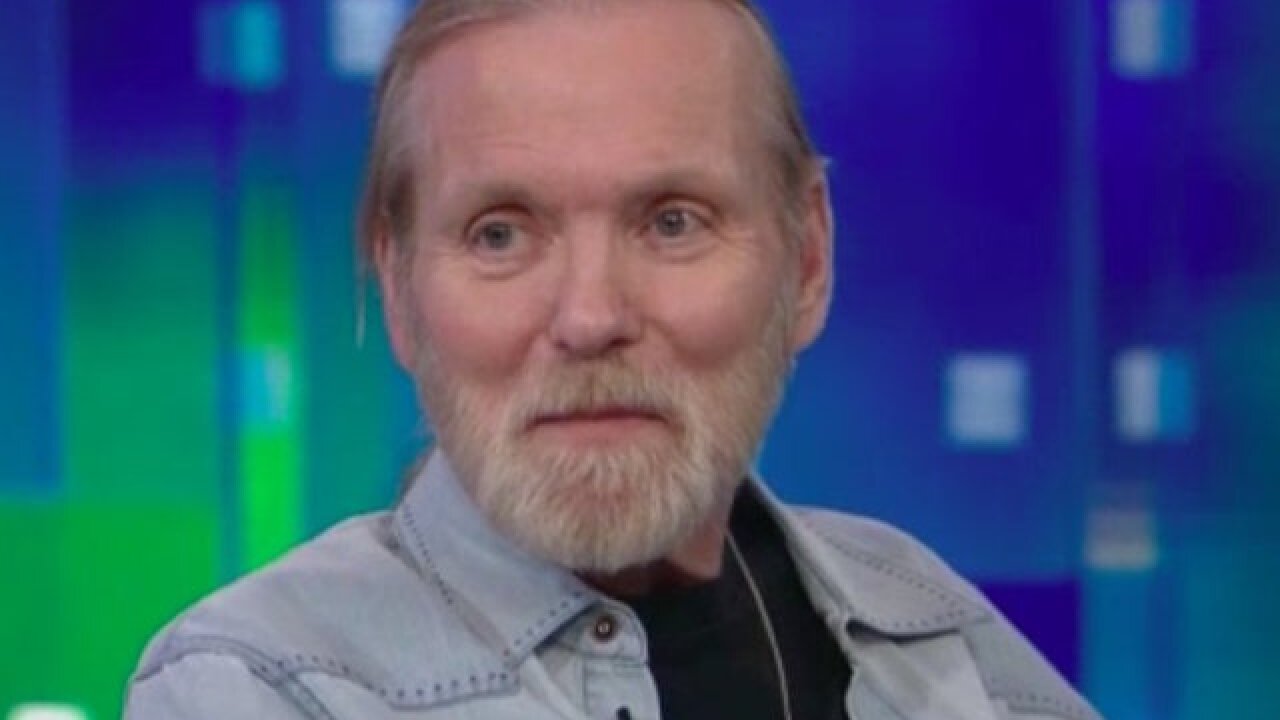 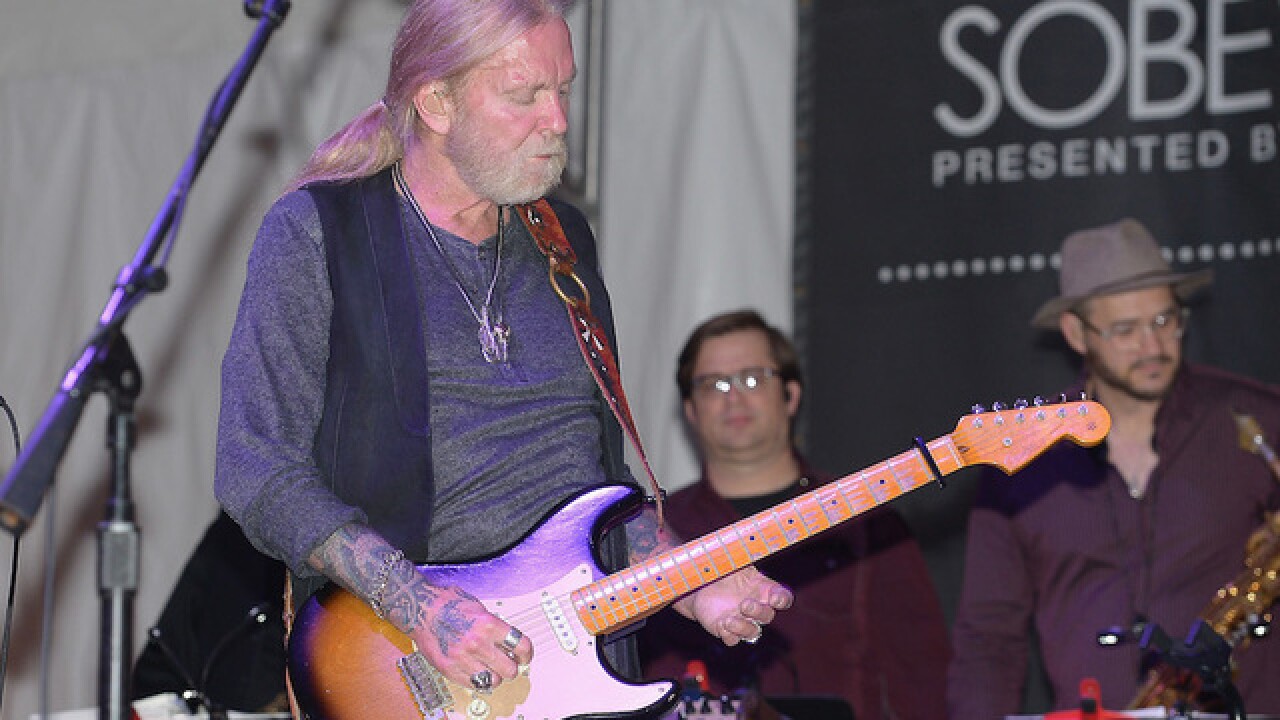 Gregg Allman, a founding member of the Allman Brothers Band who overcame family tragedy, drug addiction and health problems to become a grizzled elder statesman for the blues music he loved, has died. He was 69.

Allman died due to liver cancer complications at his home in Savannah, Georgia, and he was "surrounded by his family and friends," Michael Lehman, Allman's longtime manager and close friend, told CNN.

He will be buried at Rose Hill cemetery in Macon, Georgia, though a funeral date has not yet been set, Lehman said. Two other founding members of the Allman Brothers -- guitarist Duane Allman and bassist Berry Oakley -- are also buried at Rose Hill Cemetery.

Allman had been working on a yet-to-be-released solo album entitled "Southern Blood." Lehman said Allman was very enthusiastic about the project and was listening to tracks from the album just last night. A release date for "Southern Blood" has not yet been announced.

Cher, to whom Allman was briefly married in the 1970s, reacted on Twitter Saturday afternoon.

Allman -- along with older brother Duane and a handful of other musicians including guitarist Dickey Betts and drummer Butch Trucks, who died in January also at the age of 69 -- helped form the eponymous Southern band whose blend of rock, blues, country and jazz made them one of the biggest and most influential touring acts of the 1970s.

Gregg Allman played the Hammond organ, sang lead vocals and wrote some of the band's signature songs, including "Midnight Rider" and "Wasted Words," the ballad "Melissa," and the blues epic "Whipping Post." He and Betts took over leadership of the band after Duane was killed in a motorcycle accident in 1971 and before the band broke up for the first time in the late '70s.

Allman continued recording and touring, both with reunited versions of the Allmans Brothers Band and with his own bands, for some 40 years. The Allman Brothers -- inducted into the Rock and Rock Hall of Fame in 1995 -- won new legions of fans in recent years with the reorganized group's epic live shows, especially their unprecedented string of 238 sold-out concerts at New York's Beacon Theater.

"My love of playing is still the same as when I was 24. In fact, I appreciate it all more and understand it much better," Allman told the Wall Street Journal in 2015. "I'm grateful for every gold record, good review and award I've ever received, but I'm just so into what I'm doing and that's where my focus is."

Gregg Allman was born in Nashville in 1947, a year after brother Duane. Tragedy struck the family early; their father, Willis Allman, was shot and killed by a hitchhiker when Gregg was 2.

When the boys were adolescents their mother moved with the kids to Daytona Beach, Florida, where Gregg bought his first guitar at a Sears store with money he earned from his paper route.

"I ... proceeded to wear that son of a b***h out," Allman later told Rolling Stone. "I wouldn't eat or sleep or drink or anything. Just play that damn guitar."

Duane got his own guitar too, and learned how to play it by picking along to songs on R&B radio. Soon the brothers were playing in local bands before forming their own outfit, the Allman Joys.

After promising live gigs around the South and a disastrous stint in Los Angeles, where a record label tried to mold them into a psychedelic rock band, the Allman Brothers formed in earnest in Jacksonville, Florida, in 1969.

Gregg became the band's chief songwriter, while Duane, who had played on records by Aretha Franklin and Wilson Pickett as a session picker in Muscle Shoals, Alabama, was its guitar whiz and de facto leader. The band moved to Macon, Georgia, where they jammed daily and consumed large amounts of alcohol and drugs.

Their first record flopped, but the Allmans built a regional following through constant touring. So they put out a live album, "At Fillmore East," recorded over two nights at a New York club. Buoyed by long, freewheeling solos that captured the band's energy onstage, it went gold.

Three months after its 1971 release, and just as the band was becoming nationally known, Duane Allman was killed in a motorcycle accident in Macon. Gregg was devastated, but he and the other band members agreed they should push on.

The next few years saw the Allman Brothers become arguably the most popular American band in the country. Albums "Eat a Peach" and "Brothers and Sisters" were huge critical and commercial successes, spawning such radio hits as "Melissa," "Blue Sky" and "Ramblin' Man," and the band's live shows drew raves.

Many of their songs were marked by Allman's soulful, weathered voice, which even in his early recordings, said Sheryl Crow, "sounded like he'd already lived a thousand lifetimes."

But tragedy was never far away. Bassist Oakley was killed in a motorcycle accident in 1972, and the band gradually succumbed to drug abuse and internal bickering. Gregg Allman alienated bandmates when he testified against a band employee on trial for drug charges, and the Allman Brothers split up in 1976.

By this time Gregg Allman was married Cher -- the third of his six wives -- with whom he spent three turbulent years. The two had a son, musician Elijah Blue Allman, and were frequent celebrity tabloid fodder before divorcing in 1978.

Allman kept a low profile for much of the 1980s -- his gritty sound didn't fit the synth-pop trends of that era -- although he made a comeback with his 1987 album "I'm No Angel," which became a surprise hit on rock radio.

The Allman Brothers reunited in 1989 and would tour on and off over the next 25 years.

In the 1990s Gregg Allman moved to California and dabbled in acting, appearing as a drug lord in the 1991 movie, "Rush." After decades of drug and alcohol abuse, he finally got clean in 1995 after being embarrassed by his drunken acceptance speech at the Allman Brothers' Rock and Roll Hall of Fame induction ceremony.

Allman moved in 2000 to Savannah, Georgia, where he spent the remaining years of his life recording music, touring and battling health problems. He contracted Hepatitis C in 2007, blaming it on the use of a dirty needle while getting a tattoo. In 2010, Allman received a liver transplant.

Actor William Hurt was set to play Gregg Allman in a biopic, "Midnight Rider," but filming was suspended in 2014 when an assistant camera operator was struck and killed by a train on the movie's rural Georgia set.

Despite this setback, his substance abuse, stormy romantic history and other difficulties, Allman sounded at peace with himself in his 2012 memoir.

"If I fell over dead right now," he wrote, "I have led some kind of life."