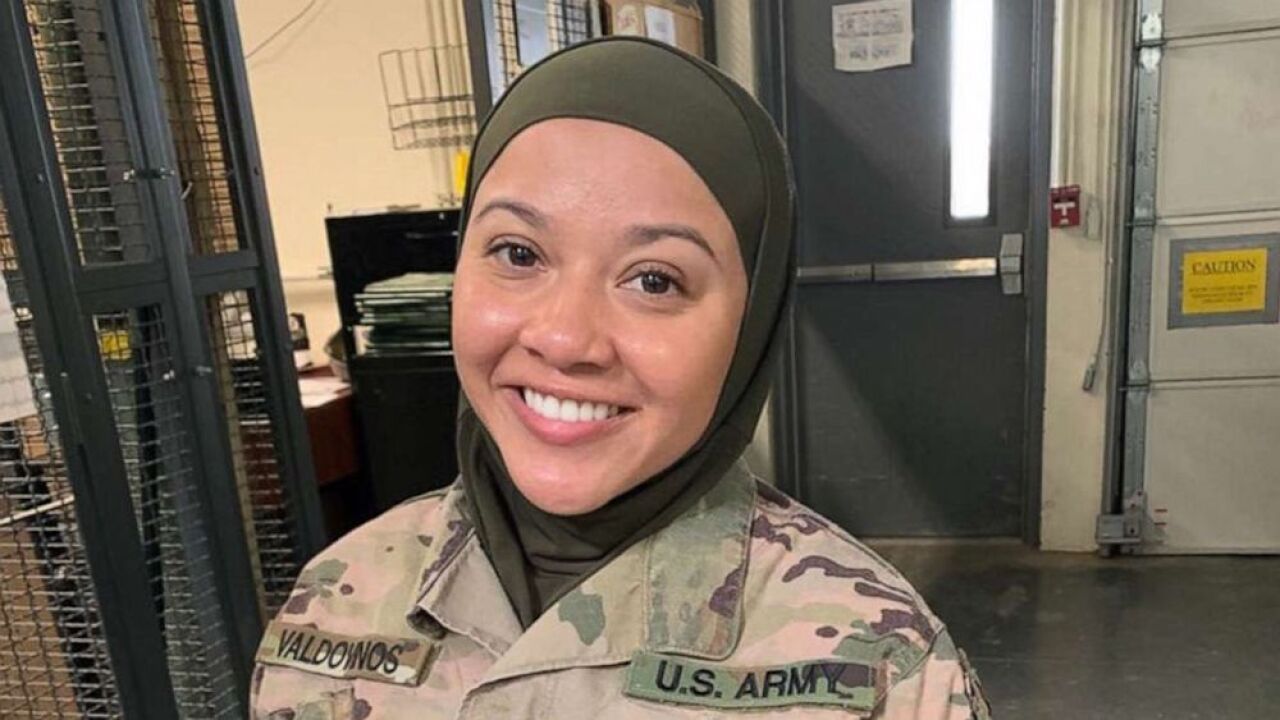 An American soldier and practicing Muslim says she is considering filing a civil rights lawsuit after she says she was harassed for wearing a religious headscarf.

Spc. Cesilia Valdovinos, 26, is a seven-year Army veteran. According to ABC News , she converted to Islam in 2016 and began wearing hijab as part of her faith.

Valdovinos claims that while serving in Afghanistan in 2018, she was harassed by her fellow soldiers. She said she has been called a "terrorist, a member of ISIS and a ninja."

After returning home from Afghanistan, Valdovinos says the harassment continued. Valdovinos told the Army Times that while attending a suicide prevention briefing at Fort Carson, Colorado in March, her command sergeant grabbed her arm, removed her from the meeting and forcefully removed her hijab.

Following the incident, Valdovinos filed an equal opportunity complaint against the Army, which was rejected.

In the weeks since the hijab incident, Valdovinos has been demoted from sergeant to specialist. Her lawyer, Mikey Weinstein, said the demotion was related to accusations that she had an inappropriate relationship with another soldier and denies wrongdoing.

According to Weinstein, the allegation is that Valdovinos conducted herself inappropriately while escorting a fellow soldier back to the barracks following an operation to remove a wisdom tooth. Weinstein claims witness accounts vary greatly, and that no date was provided as to when the incident took place.

Weinstein says Valdovinos will either file a civil lawsuit in Colorado or northern Virginia. Weinstein is the founder of the Military Religious Freedom Foundation — a watchdog group that protects the religious rights of military members and attempts to prevent the armed forces from promoting any specific religion.

"This civil rights litigation will serve as a bright light example for any others in the U.S. armed forces who might consider engaging in similar despotism," a statement from Weinstein read in part.