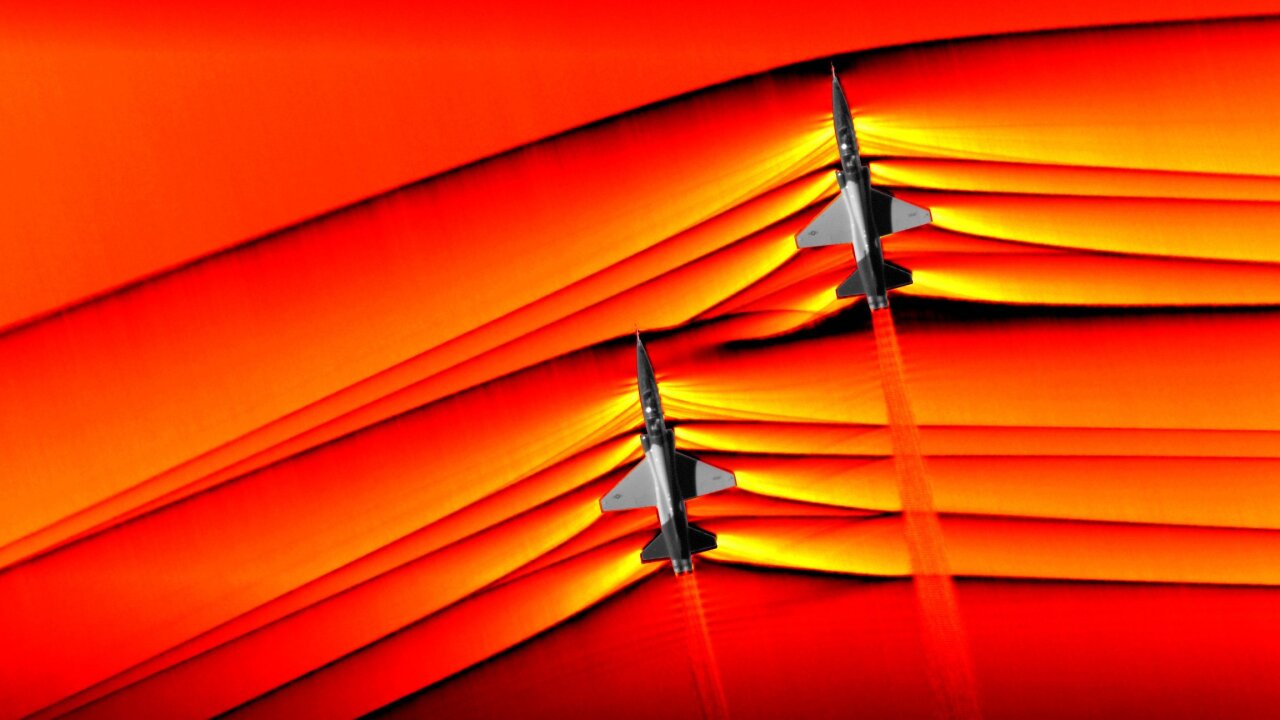 NASA has captured groundbreaking images of shockwaves from supersonic aircraft, the space agency said, as part of efforts to create a jet that flies faster than the speed of sound without producing sonic boom.

The images depict two T-38 supersonic jets from the US Air Force during a test flight from the research center at Edwards Air Force Base in California.

"What's interesting is, if you look at the rear T-38, you see these shocks kind of interact in a curve," Neal Smith, a research engineer at NASA, said. "This is because the trailing T-38 is flying in the wake of the leading aircraft, so the shocks are going to be shaped differently. This data is really going to help us advance our understanding of how these shocks interact."

"I am ecstatic about how these images turned out," J.T. Heineck, a scientist at NASA's Ames Research Center, said in a statement. "We never dreamt that it would be this clear, this beautiful."

"With this upgraded system, we have, by an order of magnitude, improved both the speed and quality of our imagery from previous research."

The new photographic technology allowed researchers to capture three times the amount of data compared to previous tests, which will play a key role in NASA's development of its X-59 Quiet SuperSonic Technology X-plane.

This aircraft will allow NASA to fly supersonic while producing shockwaves in such a way that they produce "only a quiet rumble" rather than a sonic boom.

"We're seeing a level of physical detail here that I don't think anybody has ever seen before," said Dan Banks, a senior research engineer at NASA. "Just looking at the data for the first time, I think things worked out better than we'd imagined. This is a very big step."

The images required precision flying from the US Air Force pilots as the supersonic jets were traveling approximately 30 feet away from each other so that the shockwaves from their aircraft would interact.

The images were captured from a NASA B-200 King Air aircraft, using photographic technology that permitted researchers to collect 1,400 frames per second as it flew in a pattern at around 30,000 feet, observing the T-38s pass approximately 2,000 feet below it.