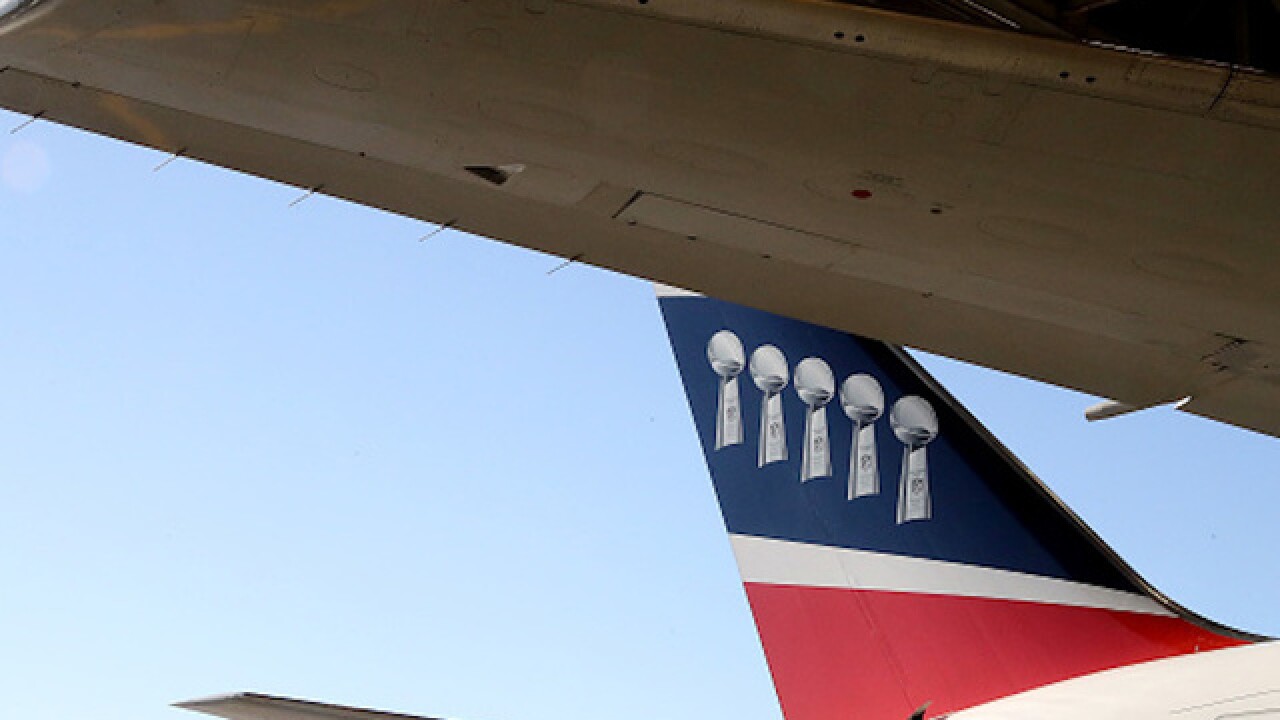 Image copyright 2018 Getty Images. All rights reserved. This material may not be published, broadcast, rewritten, or redistributed.
Elsa
<p>MINNEAPOLIS, MN - JANUARY 29: The tail of the New England Patriots plane as it arrvies for Super Bowl LII on January 29, 2018 at the Minneapolis-St. Paul International Airport in Minneapolis,Minnesota. (Photo by Elsa/Getty Images)</p>

Students from Marjory Stoneman Douglas High School rode to Washington, DC in style on the way to the "March for our Lives" protest.

The Fort Lauderdale-Hollywood International Airport tweeted on Friday afternoon that the students boarded the New England Patriots' team plane before taking off for Washington.

PHOTOS: Students hit the streets for "March for our Lives" protest

According to ABC News, students on the plane were presented with Patriots apparel and a letter from Patriots owner Robert Kraft.

"On behalf of the New England Patriots organization, I want to express our support as you travel to Washington for this weekend's March for Our Lives. In the wake of this incredible tragedy, we have hurt for you, mourned with out and been inspired by you. It is an honor for us to now partner with you as you push for progress."

"Your community is stirring our country towards a better future. That is the true mark of a patriot. Thank you for your leadership and inspiration. Best wishes as you prepare for takeoff on your journey."

ABC News also reports that the Patriots' plane will be available to Stoneman Douglas students on their trip home.

Students from Stoneman Douglas High School in Parkland, Florida organized the "March for our Lives" after 17 of their classmates and teachers were killed in a mass shooting at the school on Feb. 14.

According to ESPN, the Patriots were the first NFL team to purchase their own airplanes. All the seats on the Boeing 767 are retrofitted with first-class seats that recline completely.