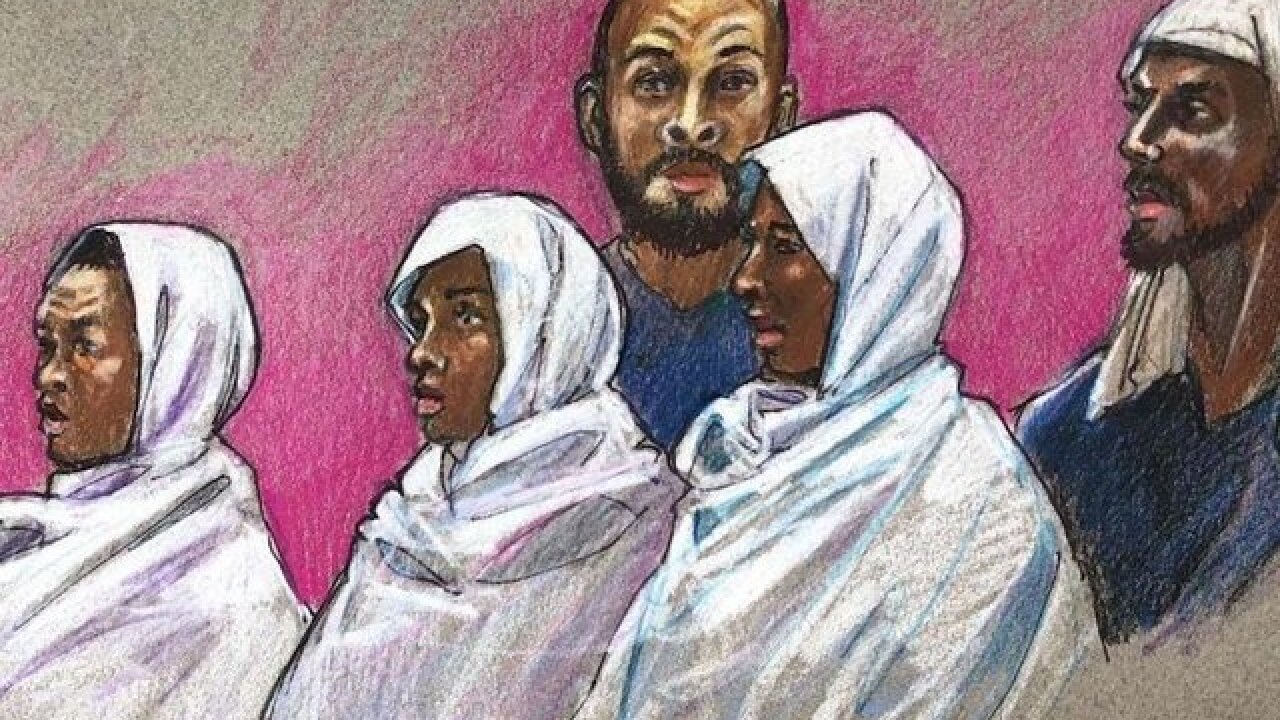 Five suspects who lived on a New Mexico compound where a child's remains were found appeared before a federal judge Tuesday and said they understood the charges against them.

Detention and preliminary hearings were scheduled for Wednesday morning. The suspects will be assigned public defenders.

The FBI took them into custody last week and accused them of breaking firearms and conspiracy laws, authorities said Friday.

Jany Leveille, a Haitian immigrant, was accused of being in the country illegally and is alleged to have had firearms and ammunition, a statement from the US attorney and FBI said. The four other suspects -- Siraj Ibn Wahhaj, 40; Hujrah Wahhaj, 37; Subhannah Wahhaj, 35; and Lucas Morton, 40 -- were charged with aiding and abetting Leveille, 35, and with conspiring with her.

During Tuesday's 10-minute hearing, each suspect, one by one, told Magistrate Judge Kirtan Khalsa that she or he understood the charges against them. A prosecutor explained that the maximum penalty for aiding and abetting is 10 years in prison, and for conspiracy, five years.

FBI agents seized at least 11 firearms -- pistols, revolvers, a shotgun and rifles -- and a large quantity of ammunition at the compound in Amalia, according to the criminal complaint. The document alleges the firearms were transported to New Mexico from another state in Leveille's vehicle.

Leveille came to the United States on a six-month, nonimmigrant visa in 1998. She received no more visas, the complaint says.

In May 2017, she applied for permanent residency. But her application was denied in June, the document says.

The suspects were initially arrested and charged with child abuse offenses after authorities raided the compound on August 3 and found emaciated children.

Last week, a state judge ordered that 11 felony abuse charges against three defendants be dismissed because the prosecution missed a 10-day window to formally charge them.

Prosecutors later dismissed state charges against the other two defendants but plan to bring a new case before a grand jury September 27.