NFL opening weekend could be affected by Hurricane Irma 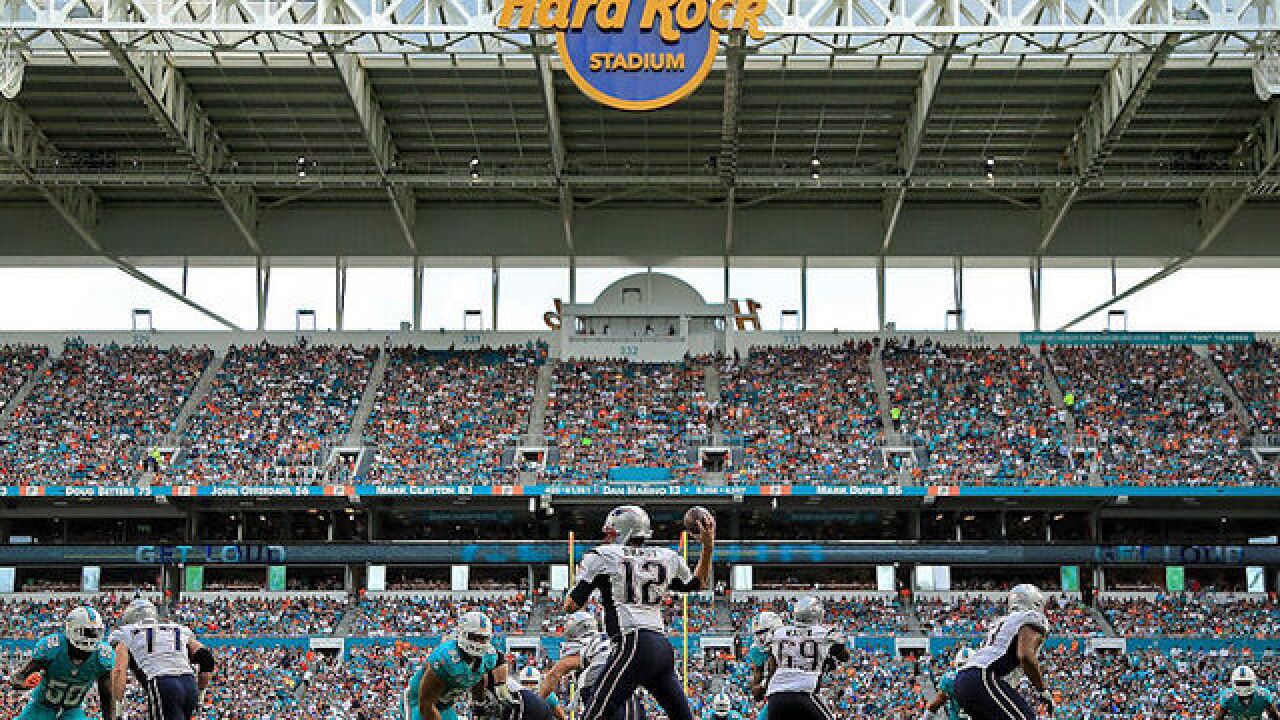 As Hurricane Irma could strike South Florida this weekend, the Miami Dolphins are considering changing their home opener against Tampa Bay, which was originally scheduled for Sunday at 1 p.m. local time, the Miami Herald reported.

Officials told the Miami Herald that a decision on Sunday's game would have to be made by Wednesday morning due to logistics.

Among the options are to move up Sunday's game to Thursday or Friday, postpone it or, least likely, moving the location of Sunday's game. And moving the game to Tampa may also not be a feasible option due to the storm.

“We’ve been training for this game for a while,” said Dolphins coach Adam Gase. "Whatever they tell us to do, we’re just going to do. Just go with the flow."

Two weeks ago, Hurricane Harvey forced the Houston Texans and Dallas Cowboys to first relocate, and then cancel their scheduled preseason NFL game. The Houston Astros of the MLB also moved their three-game home series against the Texas Rangers to Tampa.