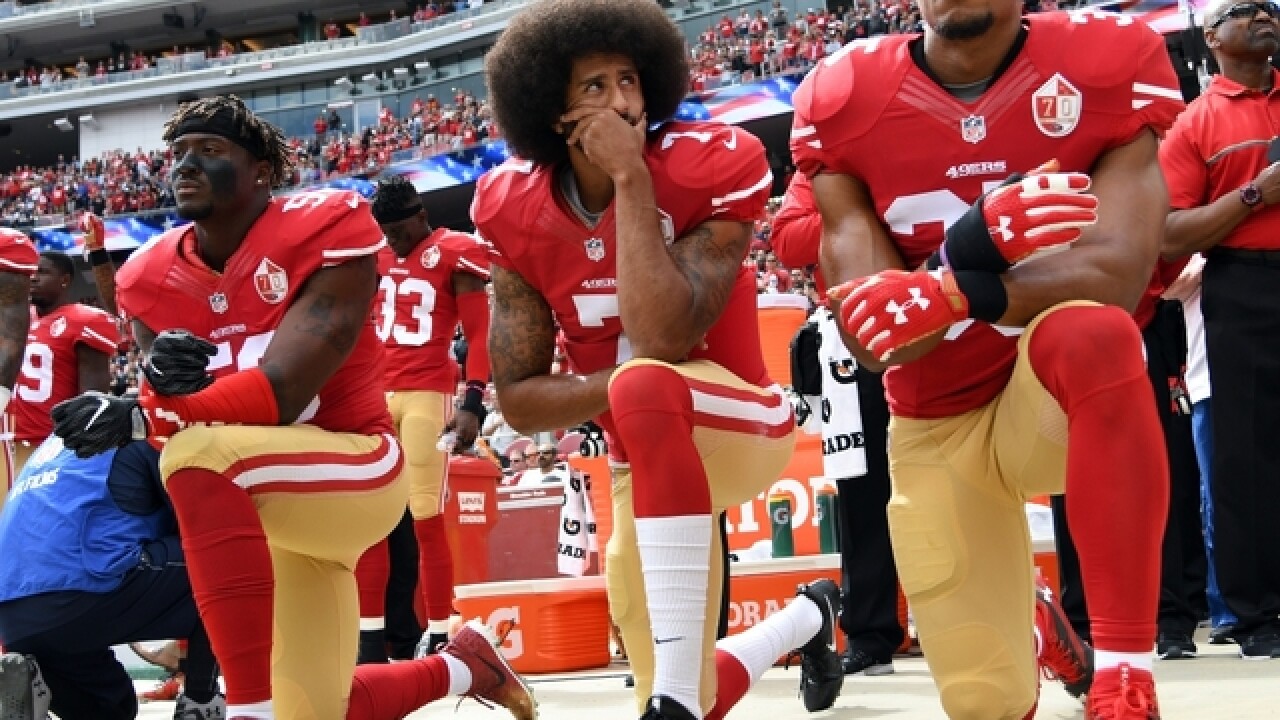 The NFL and the NFL Player's Association have agreed to suspend the league's policy on the national anthem, just weeks before preseason games are set to begin.

In a brief statement issued Thursday evening, the league and the player's association said they had come to a "standstill agreement," meaning that no new rules relating to the anthem would be issued or enforced over the "next several weeks."

In May, the NFL announced it would fine teams if on-field players or personnel did not stand at attention during the national anthem. The rule also says players and personnel are not required to participate in the ceremony and can remain in the locker room during the song's playing.

It was also announced that teams could also punish players who demonstrated during the national anthem as they see fit.

Thursday's announcement came just hours after the Associated Press reported that the Miami Dolphins were considering a policy that would classify social activism during the national anthem as "conduct detrimental to the club" — a rule that carries a maximum penalty of up to four games.

Though sources told the AP it would be unlikely a player would face a suspension of four games for activism during the anthem, the Dolphins are the first team to say publicly that it would punish players for their actions during the anthem.

The announcement also comes days after Jurrell Casey of the Tennessee Titans said he would continue to kneel during the national anthem, even if that meant paying a fine.

The NFL and the NFLPA's joint statement can be read below.

The NFL and NFLPA, through recent discussions, have been working on a resolution to the anthem issue.
In order to allow this constructive dialogue to continue, we have come to a standstill agreement on the
NFLPA’s grievance and on the NFL’s anthem policy. No new rules relating to the anthem will be issued or
enforced for the next several weeks while these confidential discussions are ongoing.

The NFL and NFLPA reflect the great values of America, which are repeatedly demonstrated by the many
players doing extraordinary work in communities across our country to promote equality, fairness and
justice.

Our shared focus will remain on finding a solution to the anthem issue through mutual, good faith
commitments, outside of litigation.

President Donald Trump weighed in on the news.