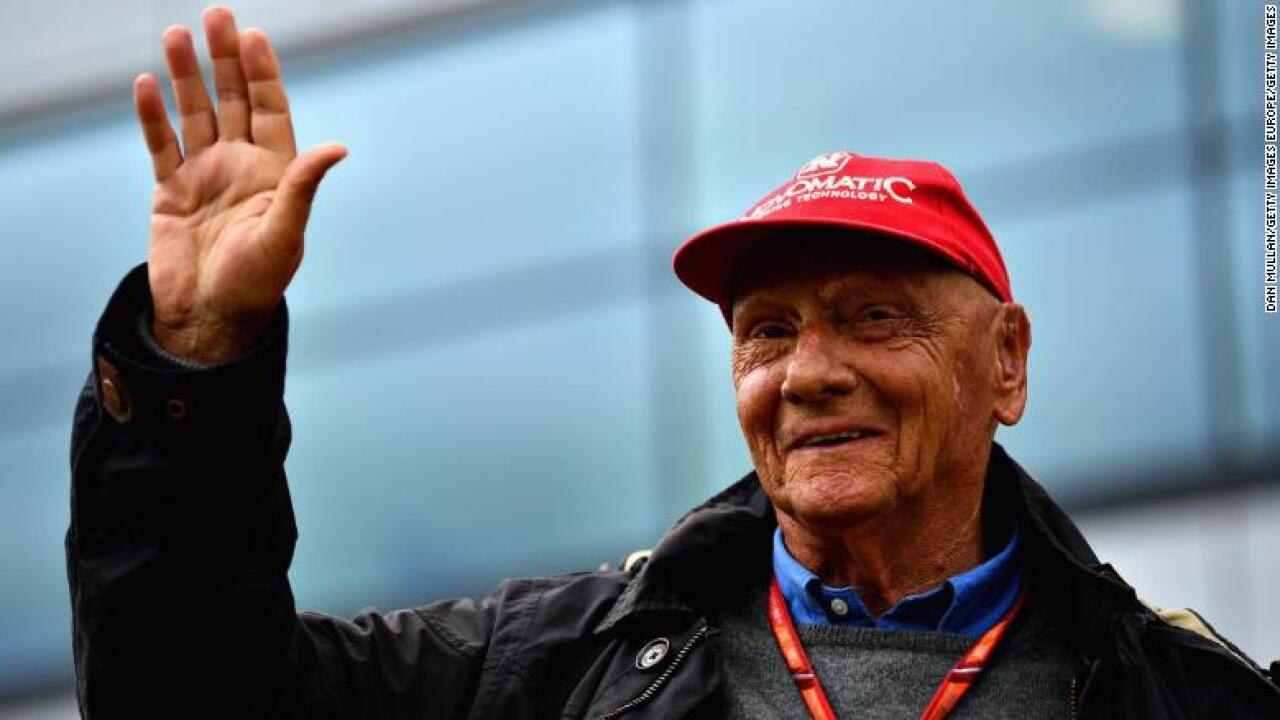 Three-time Formula One champion Niki Lauda, who recovered from a near-fatal accident to become one of motor racing's greatest drivers, has died aged 70.

The Austrian, who built a new career as an airline entrepreneur after leaving the track, died peacefully on Monday, his family said in a statement sent to CNN.

Lauda was hospitalized earlier this year with influenza and underwent a lung transplant last year .

"His unique successes as a sportsman and entrepreneur are and will stay in our memory," the Lauda family said. "His tireless zest for action, his straightforwardness and his courage remain a role model and standard for all of us. Away from the public, he was a loving and caring husband, father and grandfather. We will miss him.

Born to a wealthy family in Vienna, he had been expected to follow his father into the paper manufacturing industry. Instead, he went into motorsport and joined Ferrari in 1974.

At the 1976 German Grand Prix, Lauda collided with a barrier and his car went up in flames. He inhaled toxic fumes and suffered horrific burns that left him close to death and with permanent facial scaring.

In a 2016 interview with CNN, Lauda warned that introducing too many safety measures would damage Formula One.

"Why are we watching?" Lauda said. "Good racing, a bit of danger -- always there. And unbelievable driver performance to keep these cars under control."

"My opinion is, if we continue only to think of making it 110% about the safety issues, we're going to destroy Formula One."

The McLaren F1 team said it was deeply saddened by the news of his death.

"Niki will forever be in our hearts and enshrined in our history," the team tweeted Tuesday.