No AI in humor: R2-D2 walks into a bar, doesn’t get the joke 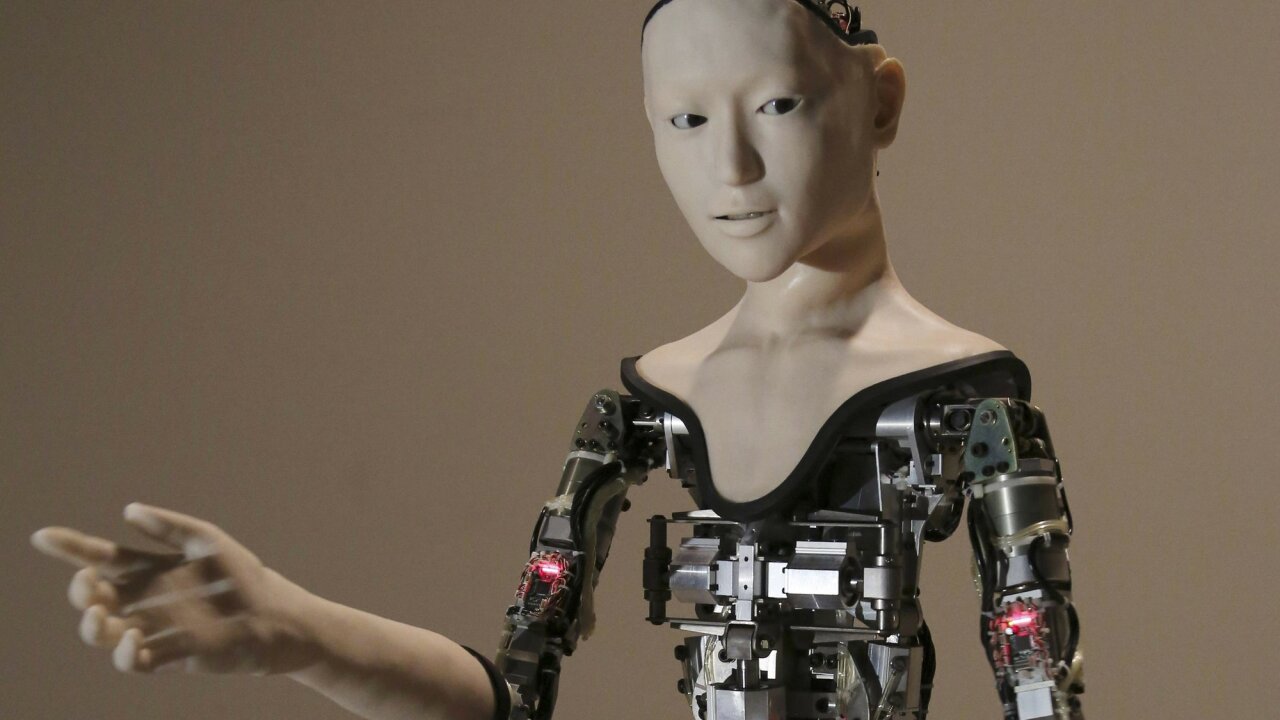 FILE - This Monday, Aug. 1, 2016 file photo shows the humanoid robot &quot;Alter&quot; on display at the National Museum of Emerging Science and Innovation in Tokyo. Understanding humor may be one of the last things that separates humans from ever smarter machines, computer scientists and linguists say. (AP Photo/Koji Sasahara) 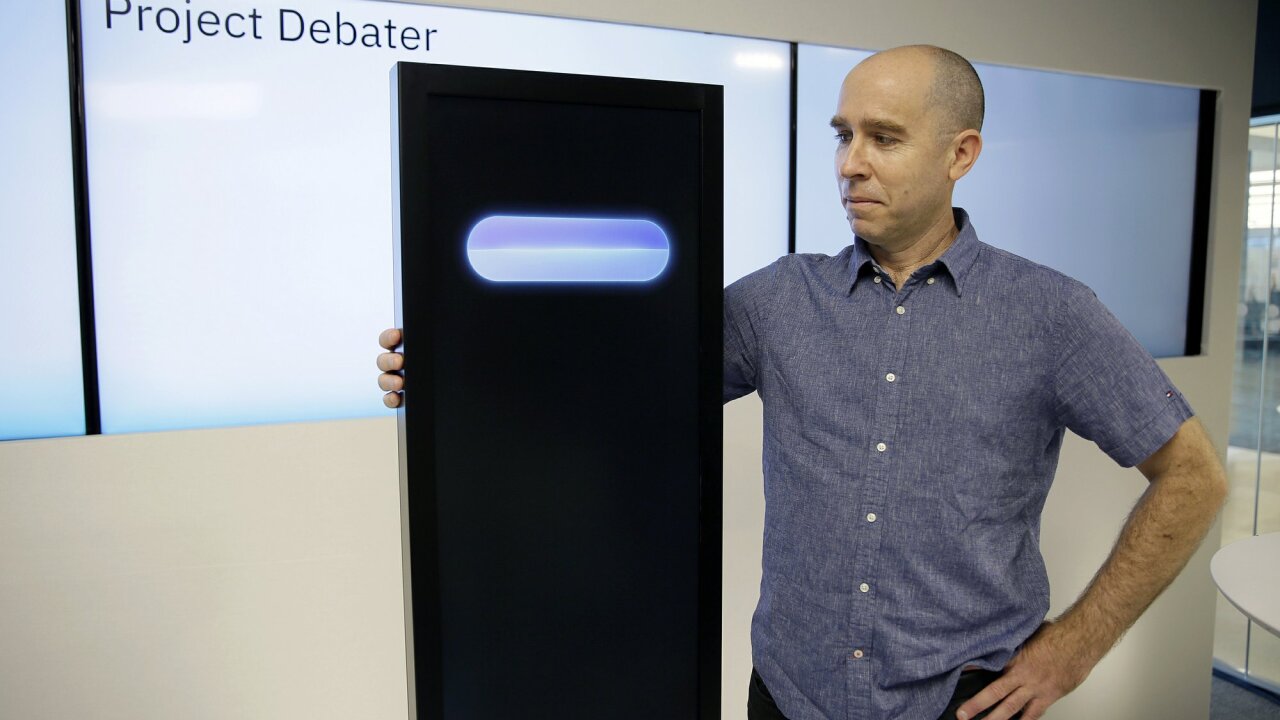 WASHINGTON (AP) — A robot walks into a bar. It goes CLANG.

Alexa and Siri can tell jokes mined from a humor database, but they just don’t get them.

Linguists and computer scientists say this is something to consider on April Fools’ Day: Humor is what makes humans special. When people try to teach machines what’s funny, the results are at times laughable but not quite in the way intended.

“Artificial intelligence will never get jokes like humans do,” said Kiki Hempelmann, a computational linguist who studies humor at Texas A&M University-Commerce. “In themselves, they have no need for humor. They miss completely context.”

And when it comes to humor, the people who study it — sometimes until all laughs are beaten out of it — say context is key. Even expert linguists have trouble explaining humor, said Tristan Miller, a computer scientist and linguist at Darmstadt University of Technology in Germany.

“Creative language — and humor in particular — is one of the hardest areas for computational intelligence to grasp,” said Miller, who has analyzed more than 10,000 puns and called it torture. “It’s because it relies so much on real-world knowledge — background knowledge and commonsense knowledge. A computer doesn’t have these real-world experiences to draw on. It only knows what you tell it and what it draws from.”

Allison Bishop, a Columbia University computer scientist who also performs stand-up comedy, said computer learning looks for patterns, but comedy thrives on things hovering close to a pattern and veering off just a bit to be funny and edgy.

Humor, she said, “has to skate the edge of being cohesive enough and surprising enough.”

For comedians that’s job security. Bishop said her parents were happy when her brother became a full-time comedy writer because it meant he wouldn’t be replaced by a machine.

“I like to believe that there is something very innately human about what makes something funny,” Bishop said.

Oregon State University computer scientist Heather Knight created the comedy-performing robot Ginger to help her design machines that better interact with — and especially respond to — humans. She said it turns out people most appreciate a robot’s self-effacing humor.

Ginger, which uses human-written jokes and stories, does a bit about Shakespeare and machines, asking, “If you prick me in my battery pack, do I not bleed alkaline fluid?” in a reference to “The Merchant of Venice.”

Humor and artificial intelligence is a growing field for academics.

Some computers can generate and understand puns — the most basic humor — without help from humans because puns are based on different meanings of similar-sounding words. But they fall down after that, said Purdue University computer scientist Julia Rayz.

“They get them — sort of,” Rayz said. “Even if we look at puns, most of the puns require huge amounts of background.”

Still, with puns there is something mathematical that computers can grasp, Bishop said.

Rayz has spent 15 years trying to get computers to understand humor, and at times the results were, well, laughable. She recalled a time she gave the computer two different groups of sentences. Some were jokes. Some were not. The computer classified something as a joke that people thought wasn’t a joke. When Rayz asked the computer why it thought it was a joke, its answer made sense technically. But the material still wasn’t funny, nor memorable, she said.

IBM has created artificial intelligence that beat opponents in chess and “Jeopardy!” Its latest attempt, Project Debater, is more difficult because it is based on language and aims to win structured arguments with people, said principal investigator Noam Slonim, a former comedy writer for an Israeli version of “Saturday Night Live.”

Slonim put humor into the programming, figuring that an occasional one-liner could help in a debate. But it backfired during initial tests when the system made jokes at the wrong time or in the wrong way. Now, Project Debater is limited to one attempt at humor per debate, and that humor is often self-effacing.

“We know that humor — at least good humor — relies on nuance and on timing,” Slonim said. “And these are very hard to decipher by an automatic system.”

That’s why humor may be key in future Turing Tests — the ultimate test of machine intelligence, which is to see if an independent evaluator can tell if it is interacting with a person or computer — Slonim said.

There’s still “a very significant gap between what machines can do and what humans are doing,” both in language and humor, Slonim said.

There are good reasons to have artificial intelligence try to learn to get humor, Darmstadt University’s Miller said. It makes machines more relatable, especially if you can get them to understand sarcasm. That also may aid with automated translations of different languages, he said.

Texas A&M’s Hempelmann isn’t so sure that’s a good idea.

“Teaching AI systems humor is dangerous because they may find it where it isn’t and they may use it where it’s inappropriate,” Hempelmann said. “Maybe bad AI will start killing people because it thinks it is funny.”

Comedian and computer scientist Bishop does have a joke about artificial intelligence: She says she agrees with all the experts warning us that someday AI is going to surpass human intelligence.

“I don’t think it’s because AI is getting smarter,” Bishop jokes, then she adds: “If the AI gets that, I think we have a problem.”
___

The Associated Press Health & Science Department receives support from the Howard Hughes Medical Institute’s Department of Science Education. The AP is solely responsible for all content.