'Not for human consumption': Your nutritional supplements may be extremely dangerous 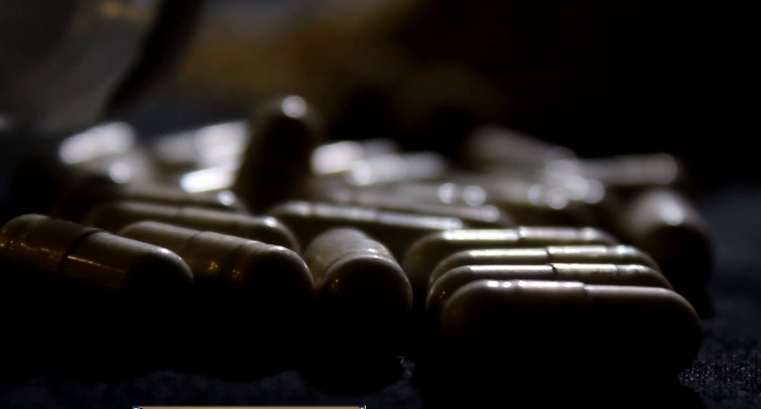 The nutritional supplement industry is one of the fastest growing and most lucrative in the United States. 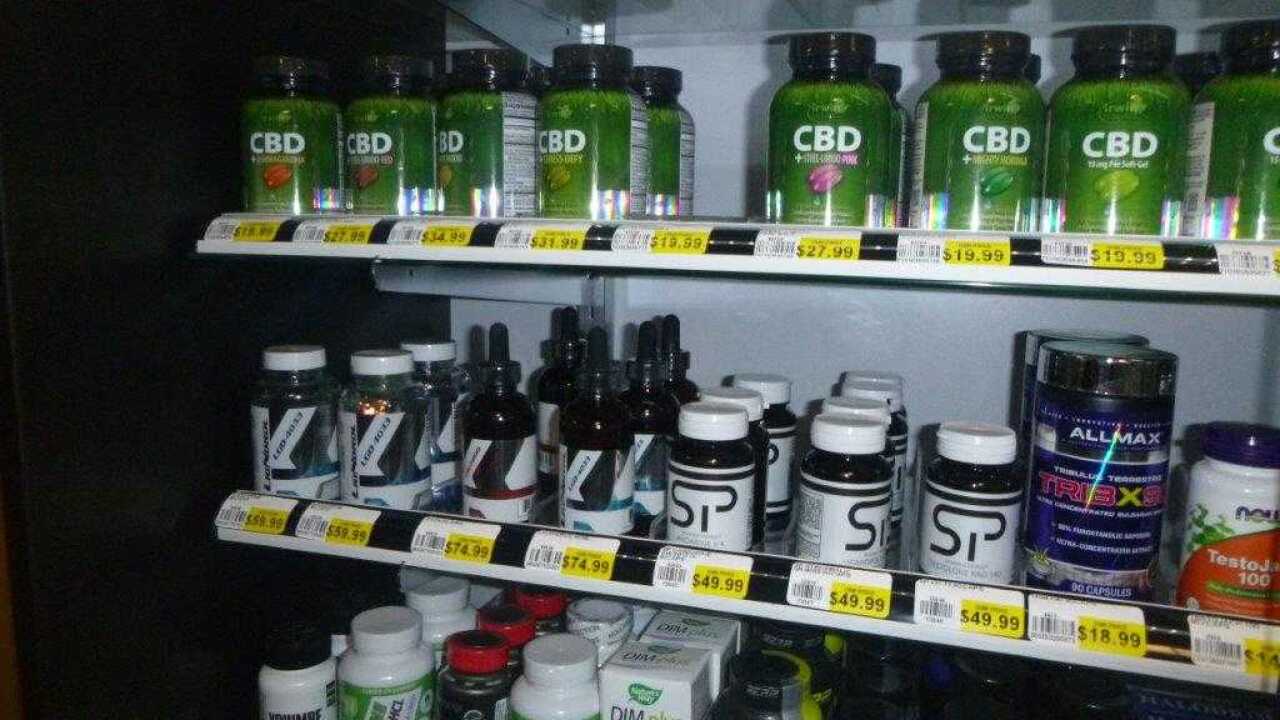 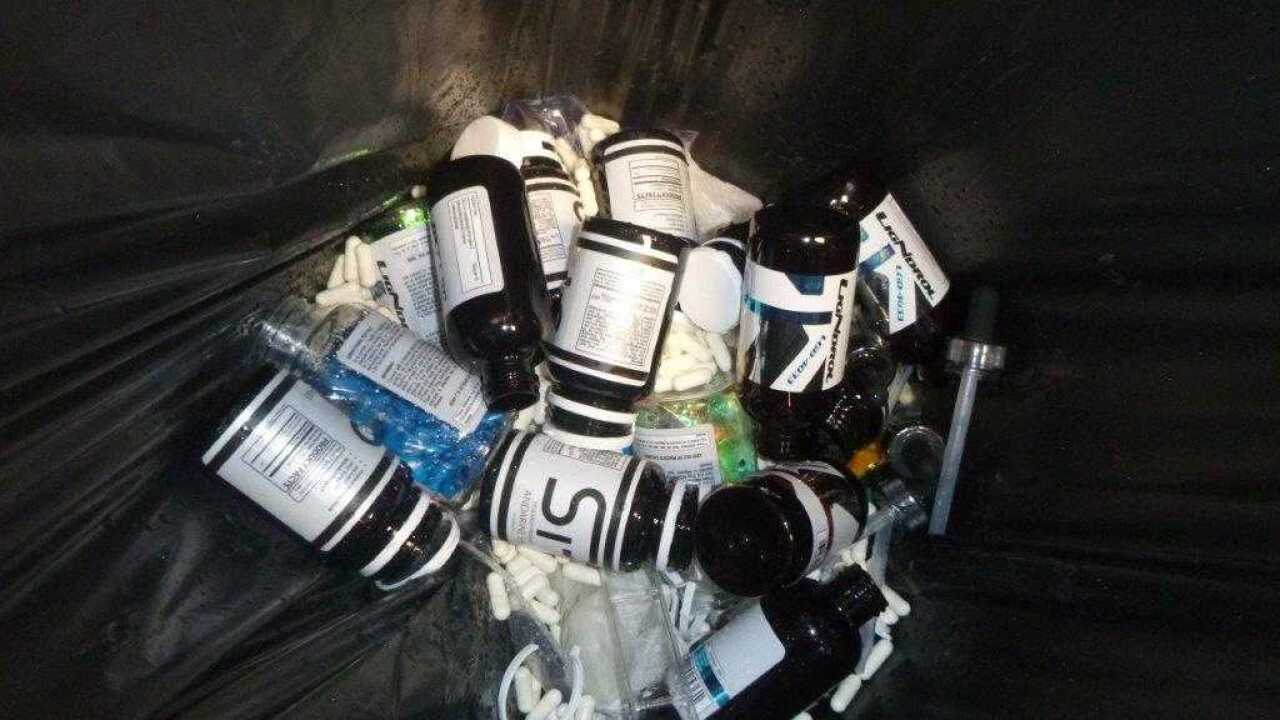 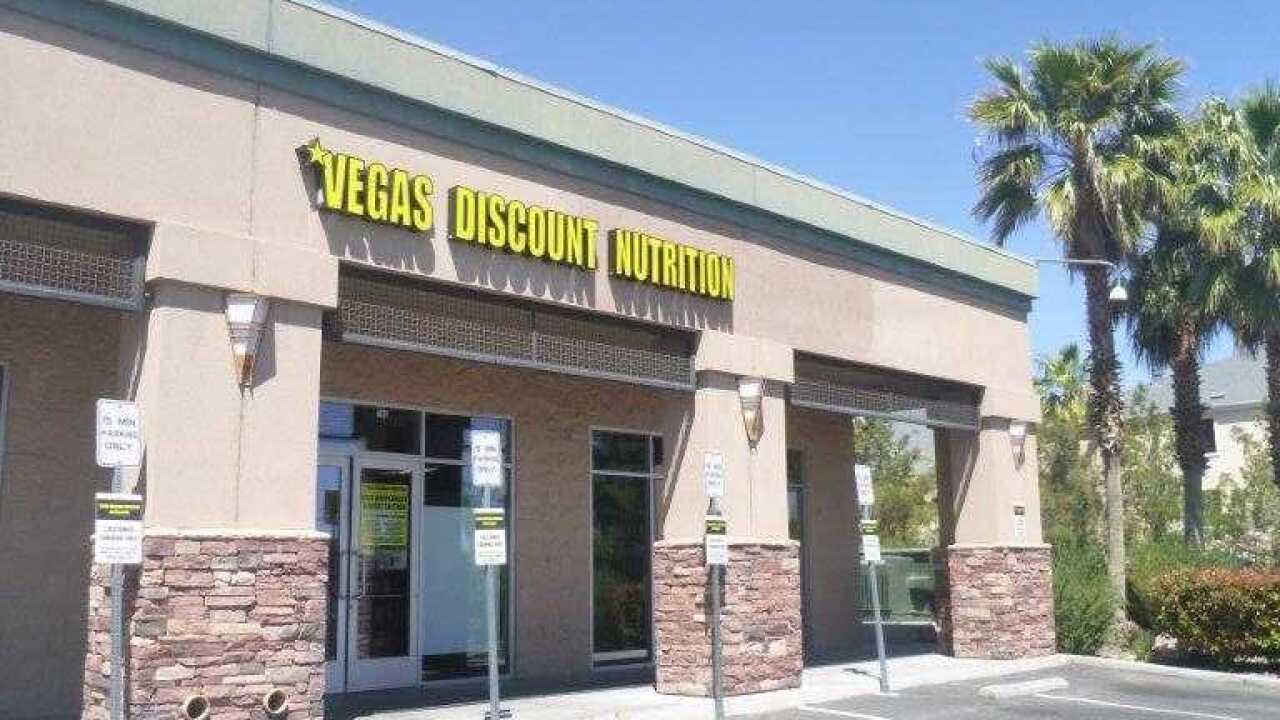 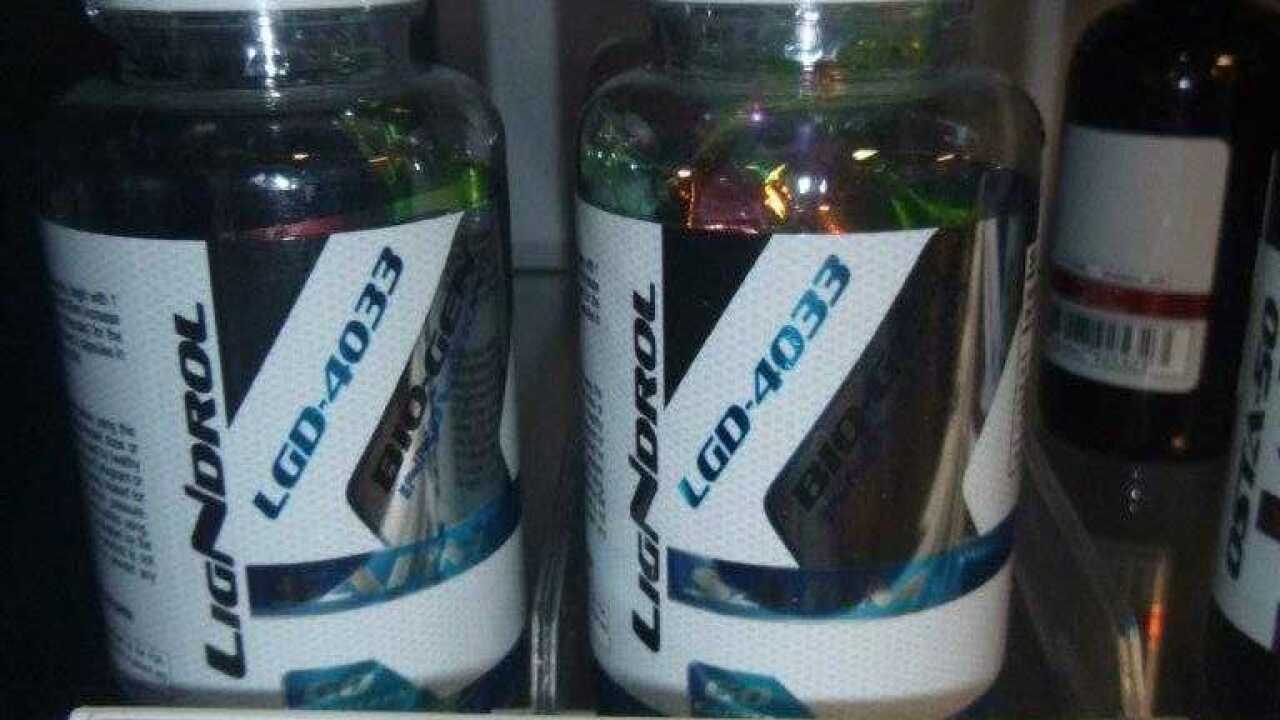 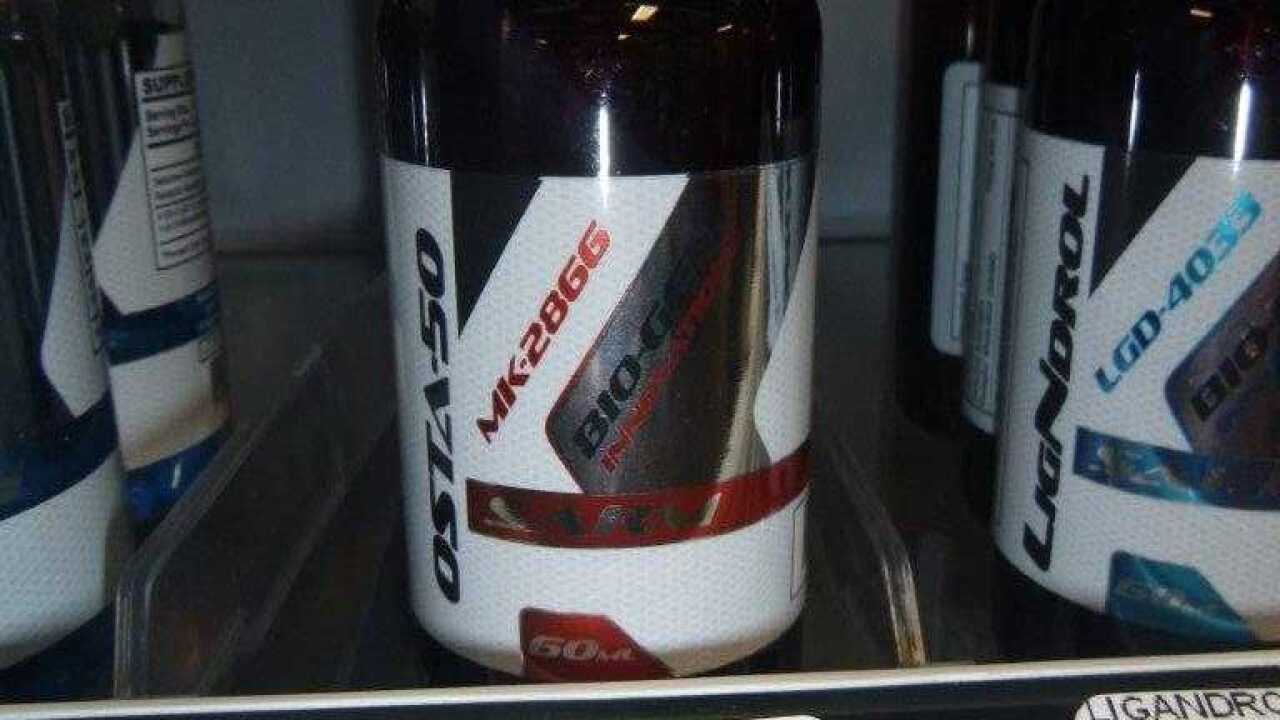 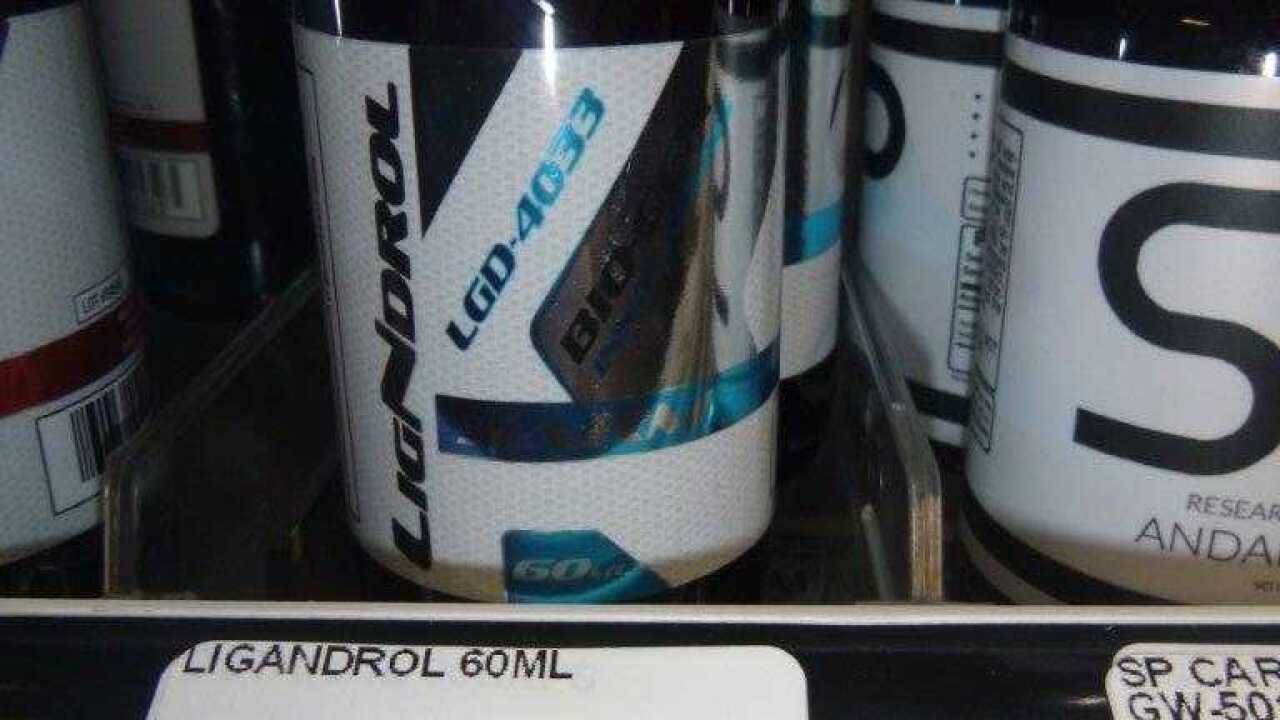 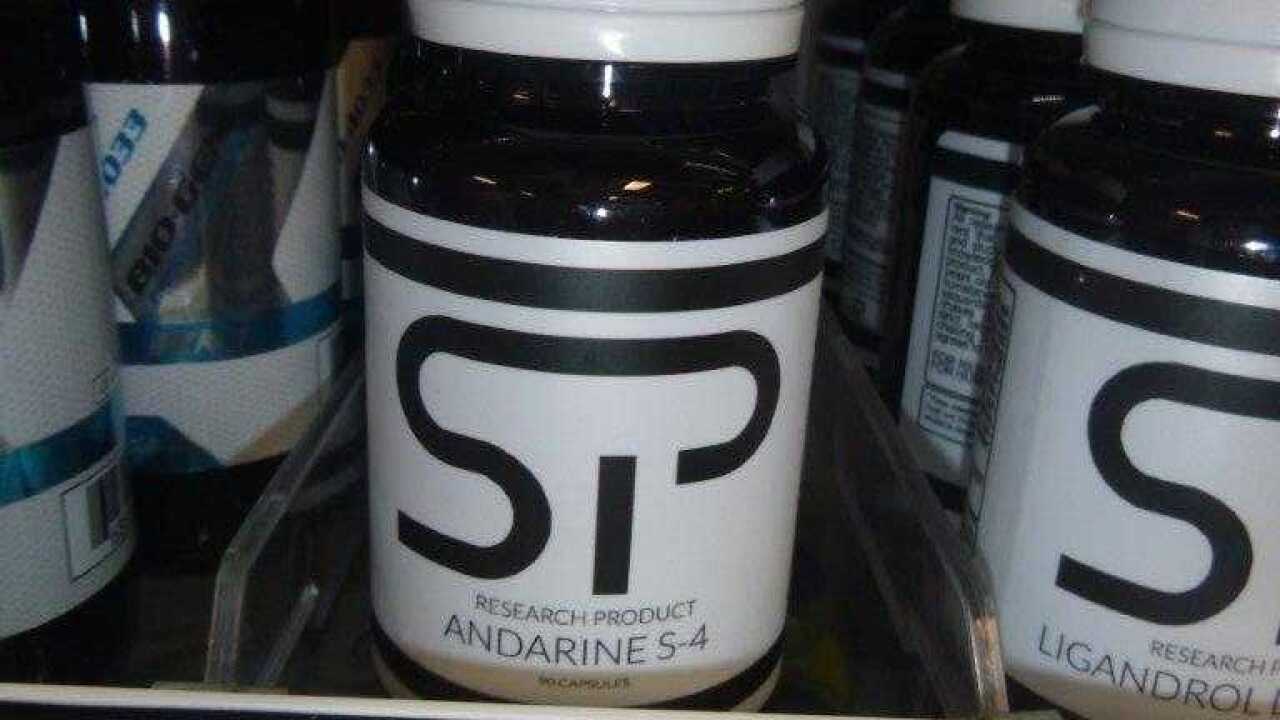 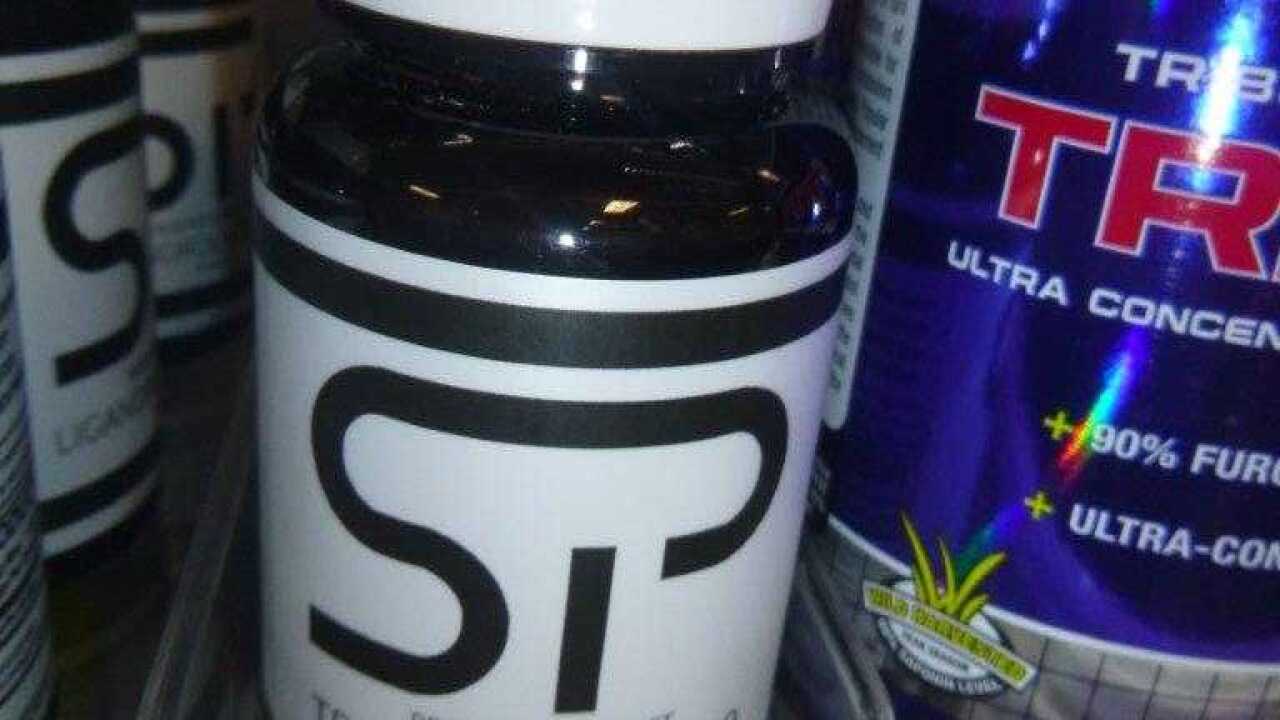 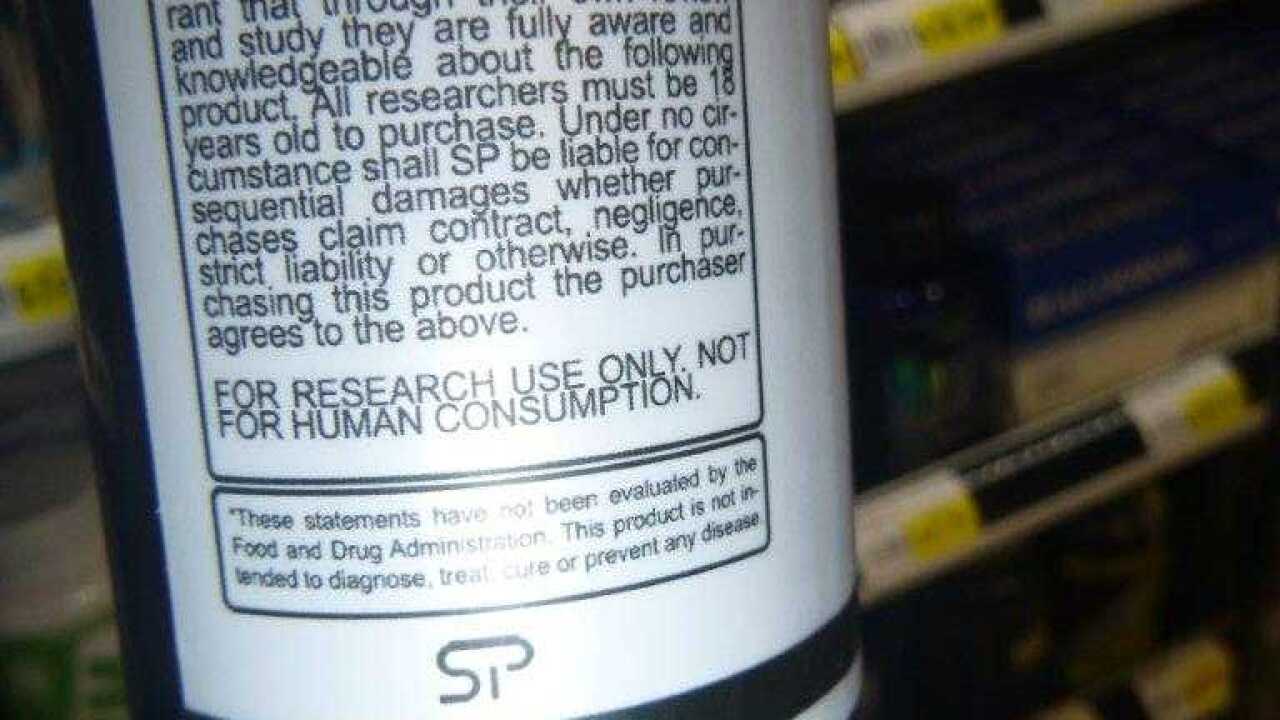 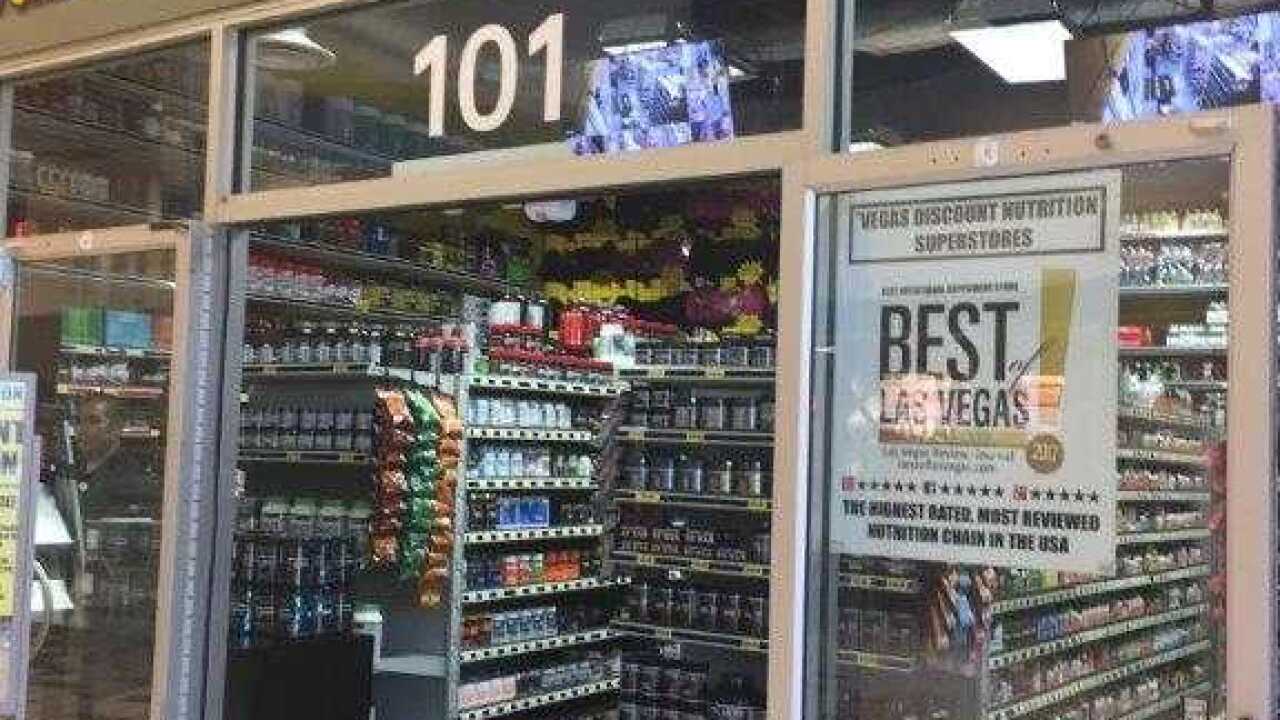 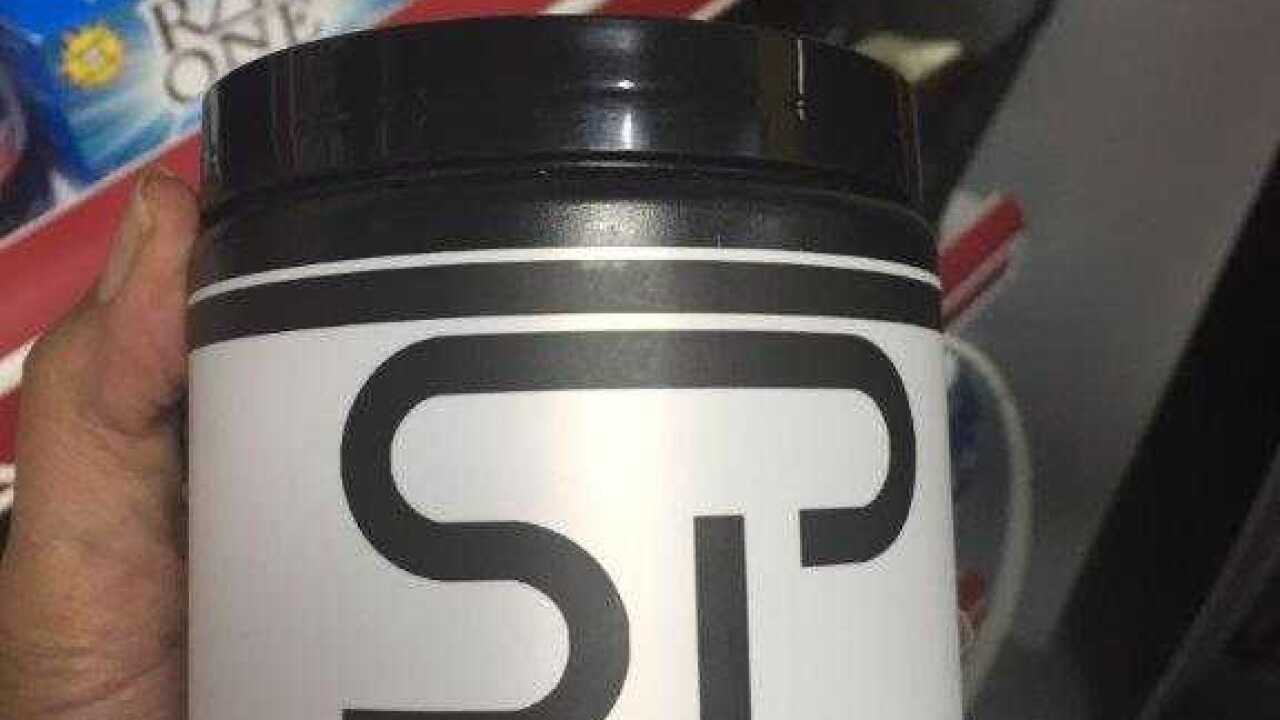 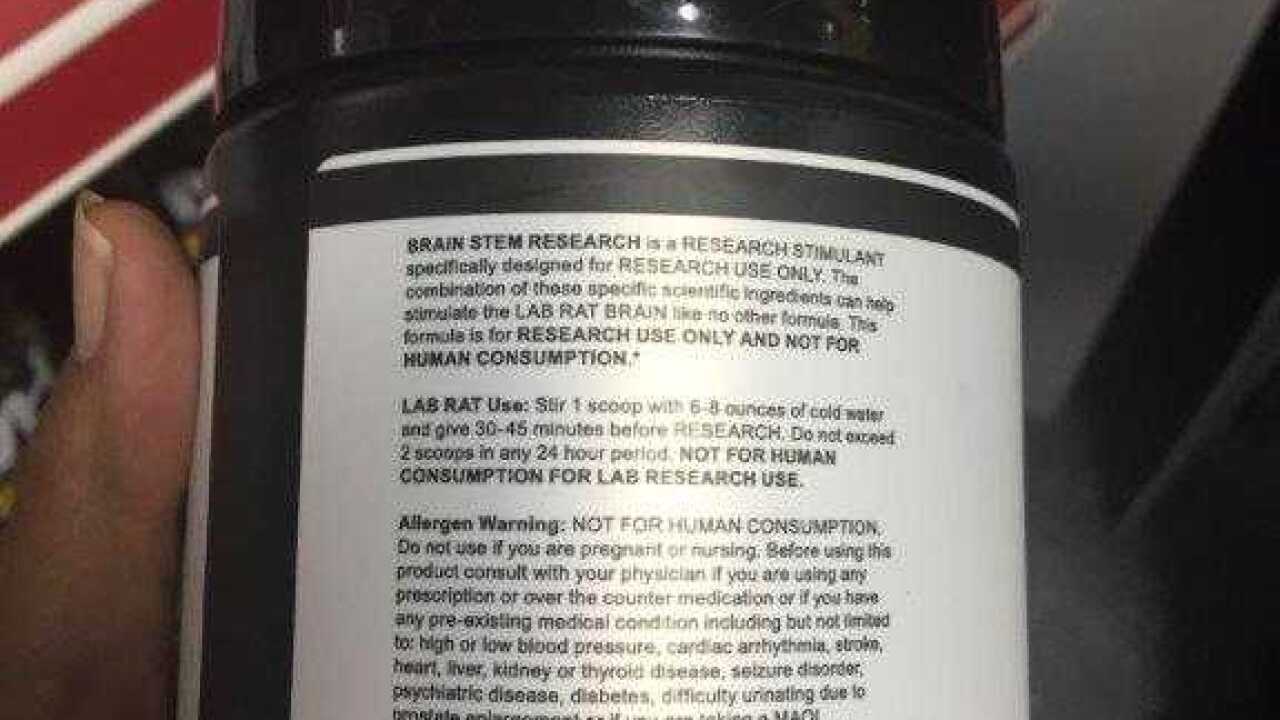 But are nutrition stores prioritizing profit over public health and safety?

It's no secret that lots of people are looking for the magic pill that will transform their physique.

"Especially in Vegas," said a personal trainer in Nevada. "We say sex sells — having that particular look."

And claims like this certainly sound like magic: "helps with energy levels, anxiety, helps with inflammation — so recovery," the trainer said.

But there is no magic in a bottle. Especially some that are sold at nutrition stores across the country.

"I noticed on the back of the bottle it said 'Not for human consumption.' And that gave me a red flag," said the trainer.

He counts on the fitness industry for his livelihood and feared retaliation, so he asked us to conceal his identity. But he felt compelled to come forward after a client showed him a product she said Vegas Discount Nutrition employees advised her to buy: a pricey product with that ominous warning on its label.

"It starts with tons of customer requests," Lomeli explained. "And we were allowing different locations to purchase based on requests. So it did come into a couple of our locations. I did not know... we did not know at the corporate level that it actually said 'Not for human consumption.' "

But their employees did.

A KTNV producer with a hidden camera went to several Vegas Discount Nutrition stores. At one location, the producer said to an employee, "It says 'For research use only. Not for human consumption.' But isn't it a pill that I'm supposed to take?"

"Well, that you're supposed to give to your lab rat," the employee answered.

"I'm pretty sure it was a joke," Lomeli said.

But does that make a certain product label a joke too? A product called "Brain Stem Research" that is available at one of their stories bears a label that says, "These specific scientific ingredients can help stimulate the lab rat brain like no other formula."

It contains instructions on how to take it — if you're a lab rat. The label says, "Lab rat use" before the instructions and says to check with a doctor before using it.

But rats aren't shopping for supplements. People like the concerned trainer's client are.

"Maybe it's a big money-maker," the trainer said. "Maybe they're using it to make money and they're not caring about the customer."

At $50-$80 a bottle for a one-month supply, certain products are a big money-maker. They're called selective androgen receptor modulators, or SARMs.

SARMs are not FDA-approved and the feds warn about "Unscrupulous companies who sell the potentially dangerous products" that are associated with increased risk of heart attack, stroke, life-threatening liver damage and other serious side effects."

An October study published in the Journal of the American Medical Association shows dietary supplements are flooded with unapproved drug ingredients not listed on the labels.

"That stuff's not good for you so we're definitely fixing that," Lomeli said about the SARMs found at Vegas Discount Nutrition.

The trainer we spoke to says his client got a different story from an employee who "Told her that it was natural, fine to take, no side effects."

KTNV wanted to see what employees would tell us. Here's more from the hidden camera shopping trip.

Producer: It looks like you're out of a lot of them.

Employee: Yeah, because we literally got them like two weeks ago and I've been selling them like crazy. Because we weren't carrying them and now we're carrying them and it is the stuff to be taking. Shed some body fat, increase your muscle mass, get a little bit of energy, minus all the side effects.

The employee does acknowledge some risk, telling the producer, "This stuff has been around forever but the studies aren't there when it comes to human consumption. So a lot of these will tell you you're not supposed to be taking them."

But that's not stopping Vegas Discount Nutrition from selling the stuff.

Employee on hidden camera: We're out of that one at the moment but that one will help you with lean mass.

Producer: Which one is that?
Employee: It's called Ostarine.

Ostarine is illegal according to a federal indictment filed last month in Florida against six men and their associated companies. The indictment says selling SARMs as a dietary supplement "Would be comparable to putting something like heroin in bottles and selling it."

SP — or Sarms Pharm — also includes Ostarine. That product line was the subject of a lawsuit in Arizona over false and misleading advertising.

After the case settled last month, Ostarine is no longer on SP's website.

But KTNV found it on Vegas Discount Nutrition's shelves.

After KTNV notified the Southern Nevada Health District, investigators raided all the Vegas Discount Nutrition stores in the Las Vegas Valley area. They only found the "Not for human consumption" products in a few locations. None of them were in the main warehouse, so it wasn't being stocked. But now, all of it is gone.

The health district issued cease and desist notices to the stores found selling SARMs and inspectors watched as it all was destroyed and thrown into the garbage.

"It's only been a couple of months but it's still a bad decision and we don't want to hurt any of our customers or anything like that," Lomeli said. "And I hope, going forward, hopefully this brings attention to it nationwide and we can have our customers and our industry a lot safer and have that removed completely."

Vegas Discount Nutrition is changing its buying process to centralize purchasing for all its locations so all products go through corporate review and approval.

They say they'll be doing more product research as well to ensure safety as best they can.