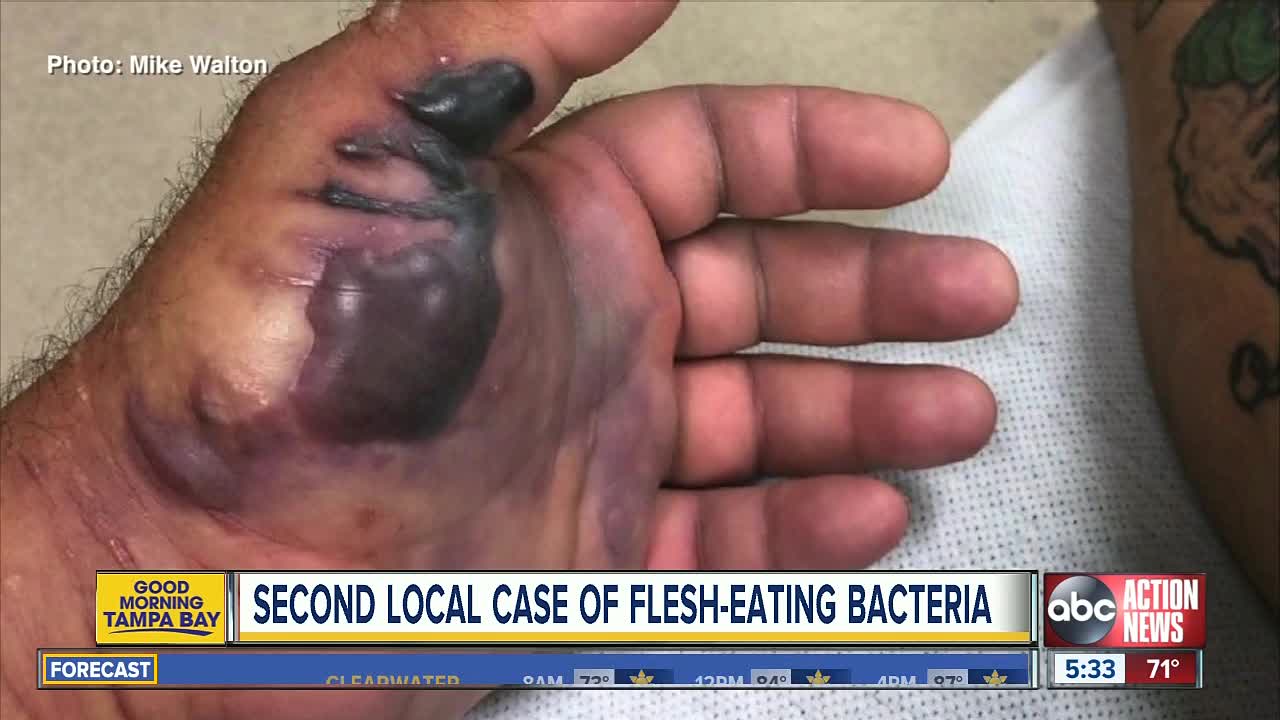 Just days after a Florida fisherman was diagnosed with a rare flesh-eating bacteria, a second family has come forward with a similar story, this time outside the Gulf of Mexico. Full story: http://bit.ly/2LaKVg1 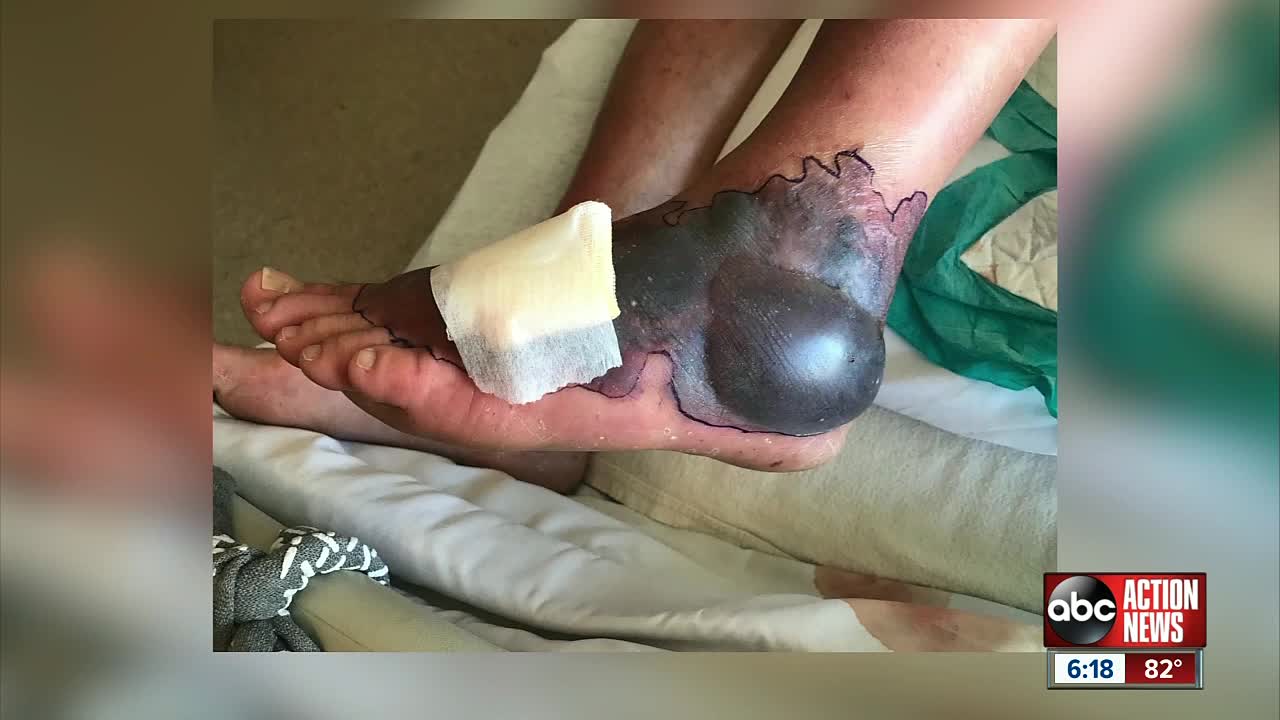 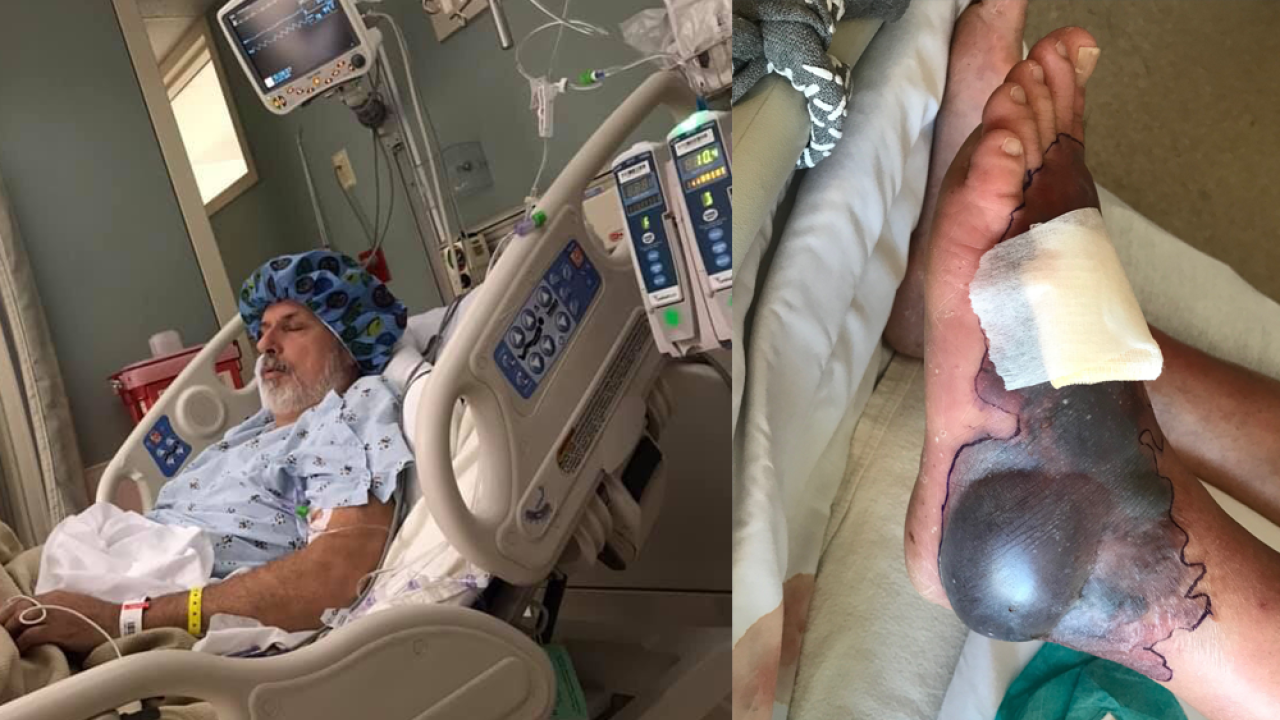 TAMPA, Fla. — Just days after a Florida fisherman was diagnosed with a rare flesh-eating bacteria , a second family has come forward with a similar story, this time outside the Gulf of Mexico.

Barry Briggs from Waynesville, Ohio, says he was visiting family in Tampa, Florida, for spring break when he became sick after a boating trip near Weedon Island.

“Early that Sunday evening I got a little swelling, initially I thought maybe it was a sunburn,” he said.

Briggs said his foot started to swell but he was able to make his flight home to Ohio. When he got there, he was diagnosed with necrotizing fasciitis caused by group A streptococcus bacteria. However, he added that the surgeon still believes it was vibrio, another type of a bacteria.

Necrotizing fasciitis, known for eating away a person’s flesh, is considered to be a life-threatening condition.

Group A strep bacteria is considered to be the most common cause of necrotizing fasciitis, according to the U.S. Centers for Disease Control and Prevention.

Briggs was rushed into Miami Valley Hospital in Dayton, Ohio, in March after returning home from his trip in Tampa.

"Once this thing took off, and it takes off quickly apparently, it was going one inch an hour up my leg," Briggs said.

Doctors said they could not find any open cuts or wounds on Briggs. Usually, it takes a break in the skin to allow the bacteria to enter the body.

“I don’t remember being scratched, a poke, or a bite,” he said. “The doctors looked when I went in and couldn’t identify anything.”

The CDC also says it can happen from blunt trauma.

The Ohio man spent 11 days in the hospital being treated. He underwent skin grafts and was put on several different antibiotics.

Briggs has used a Facebook page, Barry’s Medical Update, to post the raw images of what the flesh eating bacteria can do — leaving his foot and shin without any skin.

For him, it was how quick the bacteria developed, what started out as slight bruising turned into an inflamed dark, black bubble.

The CDC says since 2010, there have been approximately 700 to 1200 group A necrotizing fasciitis cases each year, but they think it’s an underestimate.