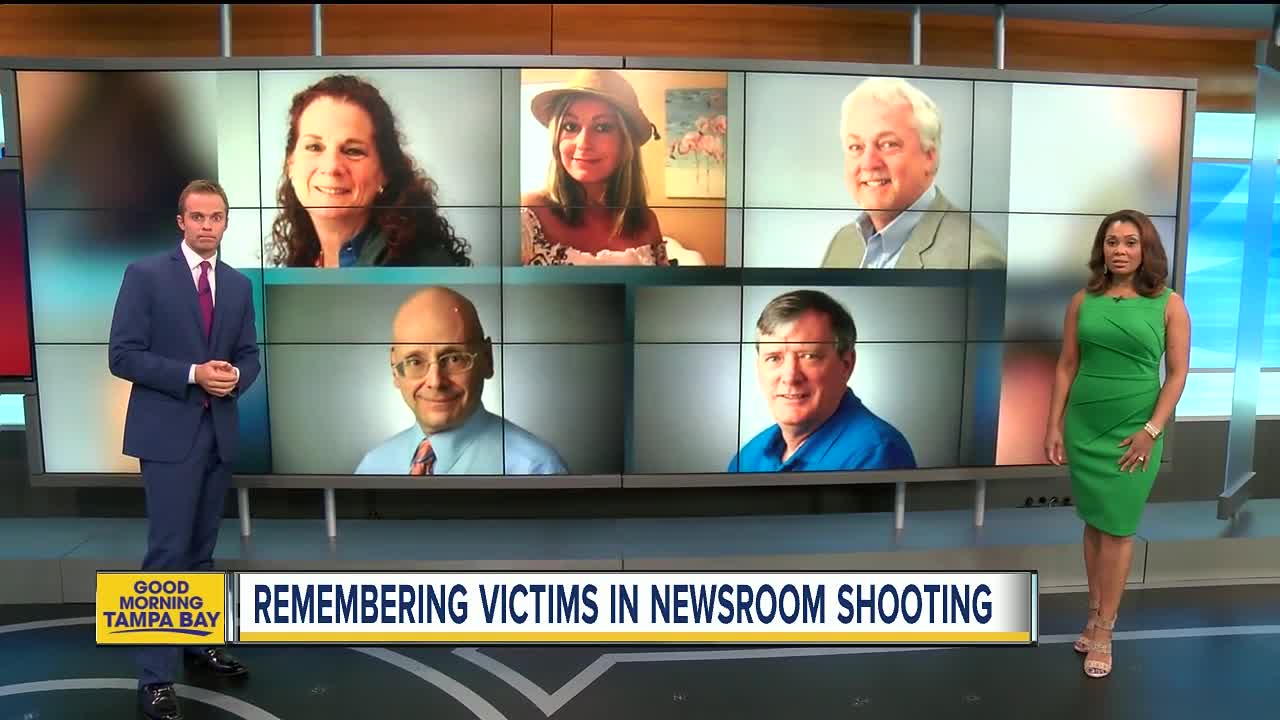 A suspect who had once filed a defamation suit against the Capital Gazette newspaper, is accused of opening fire into the newsroom and killing five people Thursday. 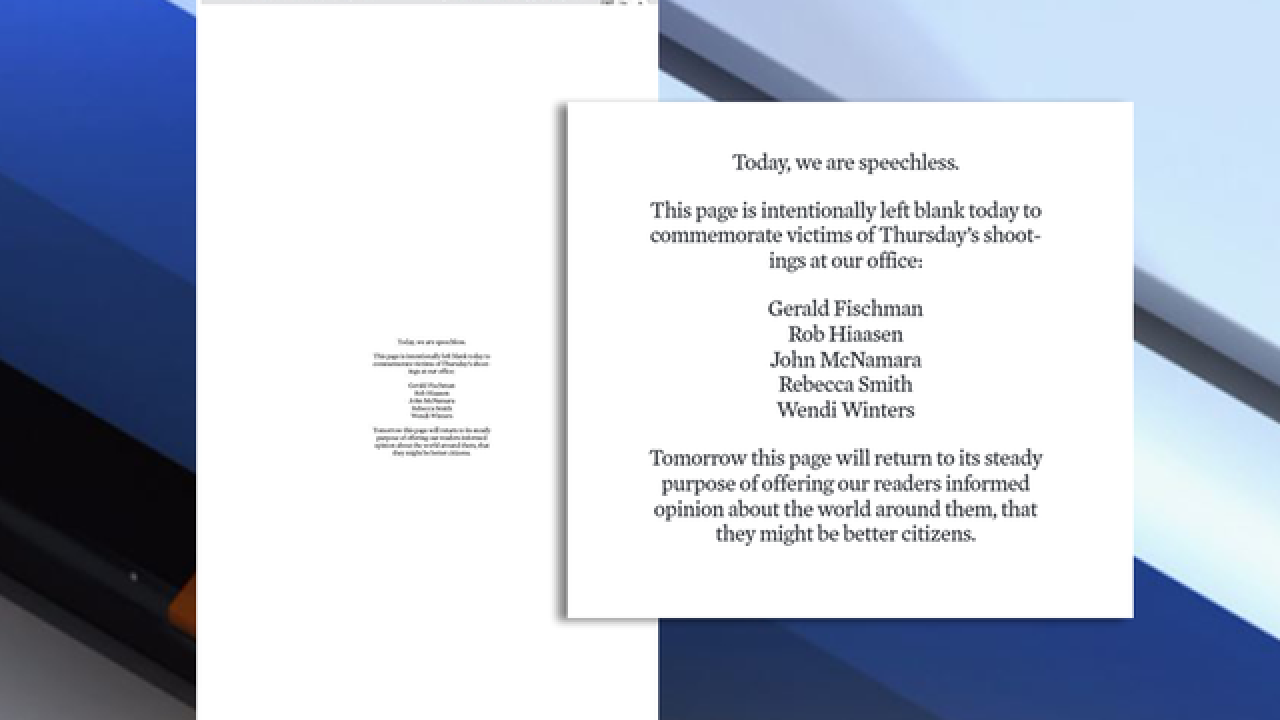 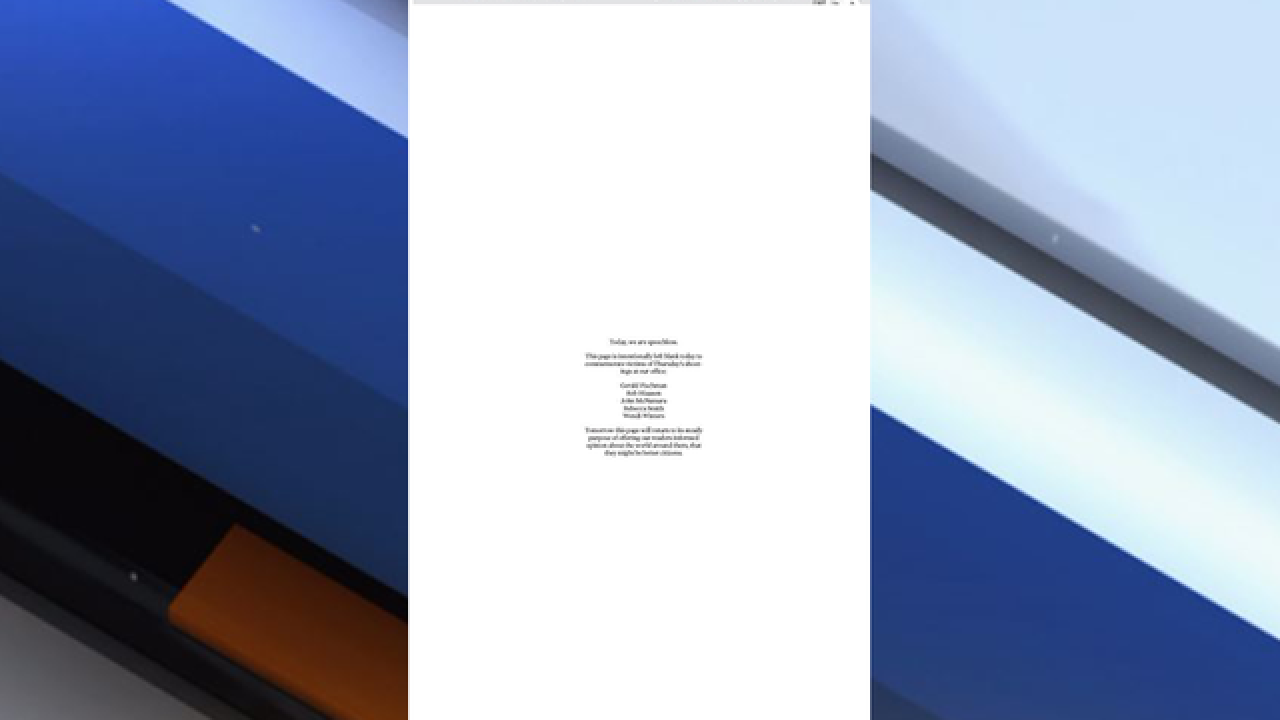 One day after a gunman opened fire on a newspaper newsroom in Annapolis, MD, killing five journalists and injuring several others, the opinion page of the newspaper was left "speechless."

The front page of the Friday edition of The Capital Gazette reads "5 shot dead at The Capital" and if you turn to page A9 you will come to a mostly blank Opinion page.

The majority of the page is white with a small quote in the middle of the paper that reads:

"Today, we are speechless. This page is intentionally left blank today to commemorate victims of Thursday's shootings in our office:

Tomorrow this page will return to its steady
purpose of offering our readers informed
opinion about the world around them, that
they might be better citizens."

Jarrod W. Ramos, the man suspected of fatally shooting five people at the Annapolis newspaper, has been charged with five counts of first-degree murder .

Tomorrow this Capital page will return to its steady purpose of offering readers informed opinion about the world around them. But today, we are speechless. pic.twitter.com/5HzKN2IW7Q