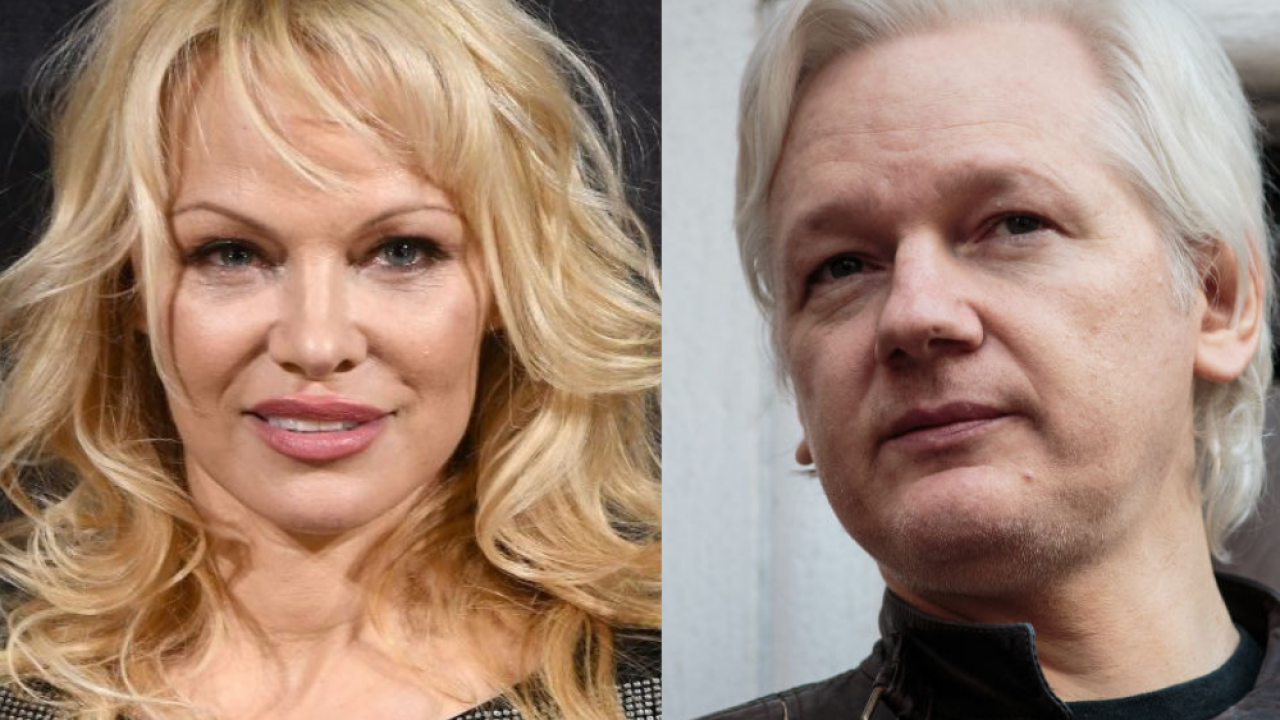 Former "Baywatch" actress Pamela Anderson met Australian journalist and founder and director of WikiLeaks Julian Assange at Belmarsh high-security prison on Tuesday. It was his first social visit since he was hauled out of London's Ecuadorian embassy and arrested in April.

"He does not deserve to be in a super max prison. He has never committed a violent act, he's an innocent person," Anderson said in a statement outside the jail afterwards.

She said the WikiLeaks founder has been "cut off from everybody," including his children, and does not have access to any information.

"He's a good man, he's an incredible person, I love him and I can't imagine what he's been going through," Anderson said, who visited Assange several times during his near seven-year stint inside the embassy, creating speculation about their relationship.

On Tuesday, Anderson was accompanied by WikiLeaks Editor-in-Chief Kristinn Hrafnsson, who said the pair were "quite emotional" following the visit. The 47-year-old has been forced to spend 23 hours a day in his cell, he added.

"It is for me shocking to see my friend, an intellectual, a publisher, a journalist. A man who has transformed the world of journalism with his work sitting in a high-security prison," Hrafnsson said.

"Someone said that you could judge the civilization of a society by visiting its prisons and frankly I have to say from my heart that this visit did not reflect well on this society here."

Assange's stay in the embassy was brought to a dramatic close on April 11 when Ecuador withdrew his asylum and invited in British police, citing his bad behavior. He was then forcibly removed by officers.

The Australian was handed a jail term of almost a year on May 1 for skipping bail in 2012 when he sought political asylum in the embassy.

Assange was wanted in Sweden for questioning over sexual assault and rape allegations, The whistleblower has repeatedly denied any wrongdoing and said he sought refuge in the embassy over fears of being extradited on from Sweden to the US due to his work with WikiLeaks.

He is battling against extradition to the United States on a computer hacking conspiracy charge, in which proceedings have been adjourned until May 30.

Belmarsh prison in Thamesmead, southeast London, where Assange is being held, is known to have housed some of Britain's most notorious terror suspects including Abu Hamza al-Masri and Anjem Choudary . It has the capacity to hold more than 900 inmates.

Hrafnsson said Assange was "bent but not broken" following the arrest and that "his spirit is strong."

"He is an extremely resilient person and I want you to think about the fact that such resilience usually comes from the fact that he knows that he is innocent," he said.

Assange's lawyers said that, in the two weeks since his arrival at the jail, they were only permitted to meet their client in person once. A spokesperson for the UK Ministry of Justice -- the government body responsible for the justice system -- said it does not comment on individual cases. The spokesperson added that prisoners at Belmarsh are usually able to start receiving visitors "within a matter of days."