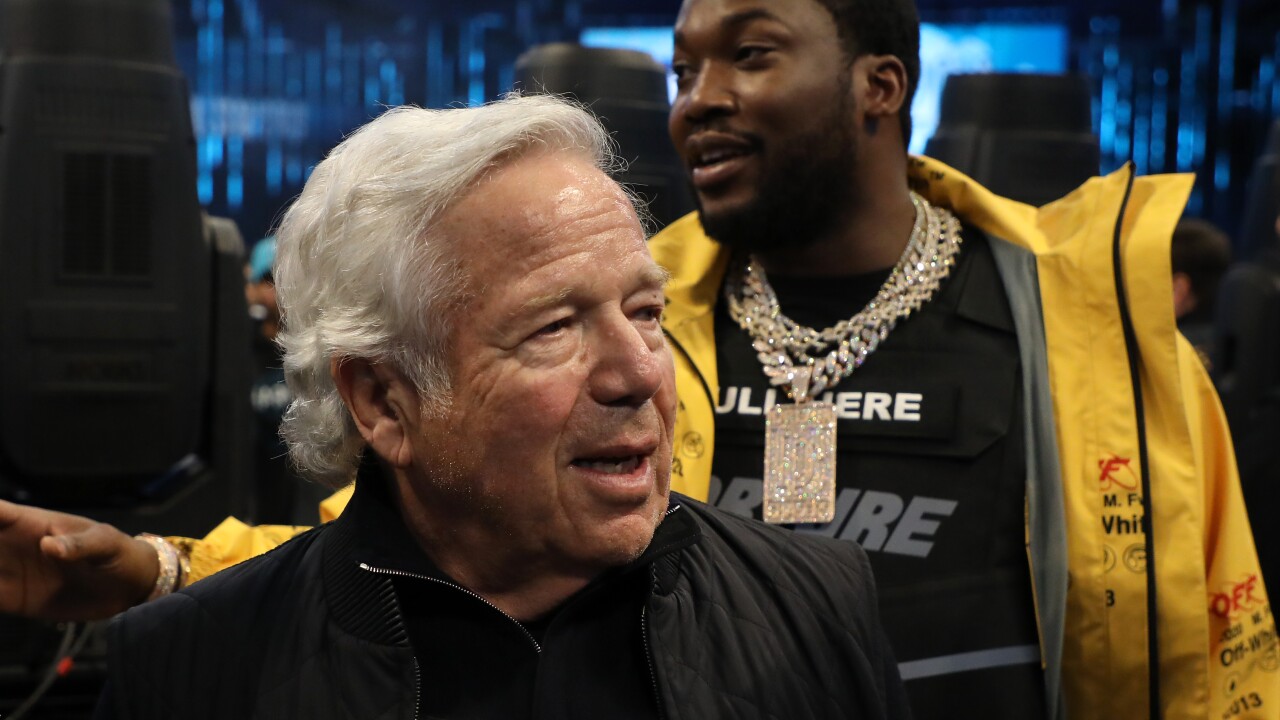 New England Patriots owner Robert Kraft could be charged as early as today, Feb. 25 with soliciting prostitution, according to the State Attorney's Office in Palm Beach County, Florida.

The 77-year-old billionaire is among more than 100 people linked to several central Florida day spas and massage parlors suspected of being used for prostitution and targeted by law enforcement during a months-long investigation into sex trafficking.

Kraft faces two counts of soliciting someone to commit prostitution. Mike Edmondson, State Attorney's spokesman, said the charges are second-degree misdemeanors and generally carry no more than a 60-day sentence in county jail.

CNN affiliate WBZ reported that a summons will be sent to Kraft "ordering him to turn himself in."

"He is not expected to be arrested. Kraft's lawyers will likely contact the county attorney and make arrangements for Kraft to come to court in Florida and turn himself in," WBZ's Cheryl Fiandaca said.

A spokesperson for Kraft has denied that he committed a crime.

"We categorically deny that Mr. Kraft engaged in any illegal activity. Because it is a judicial matter, we will not be commenting further," the spokesperson said.

"They also have an interesting provision in Florida law that you have to complete 100 hours of community service and attend a prostitution and human trafficking awareness course," said Callan.