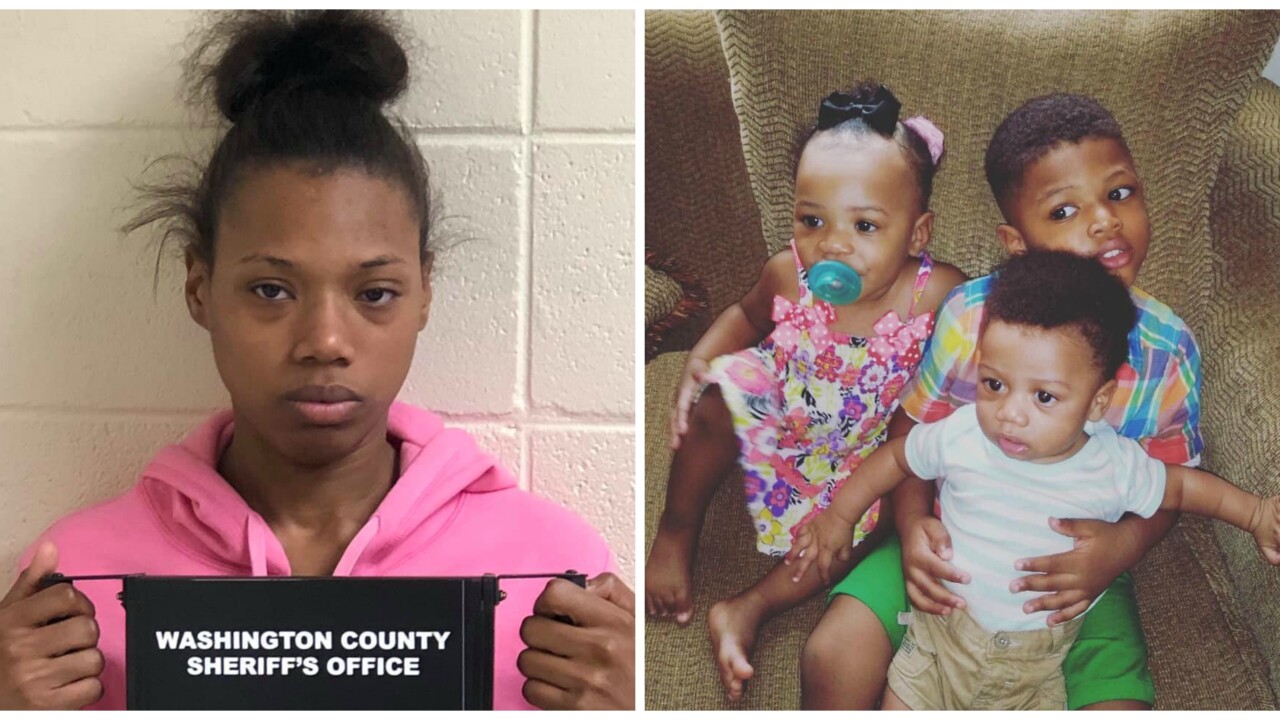 A 25-year-old mother was arrested in Mississippi after two of her three kids drowned when her locked vehicle rolled into a creek on Saturday.

Leland police say they were called to check out the scene around 5:45 p.m. on March 9 after someone reported a Nissan Pathfinder floating in Deer Creek with kids trapped inside.

The Leland Fire Chief and others had already found the vehicle and tried to break the windows to get the children out. They were only able to safely rescue one of the kids, 2-year-old Raelynn Johnson.

Police say a dive team located the vehicle, which had drifted further downstream, about two hours later. The bodies of 4-year-old Steve Smith and 1-year-old Rasheed Johnson Jr. were located in the car.

The mother, Jenea Monique Payne, reportedly told police she left the kids in the car while she went into a Stop-N-Shop store. She walked out to find the vehicle had rolled into the water.

Payne was booked into jail on Monday and charged with two counts of manslaughter and one count of child neglect.

Police say she was then released on her own Recognizance Bond by the county court.