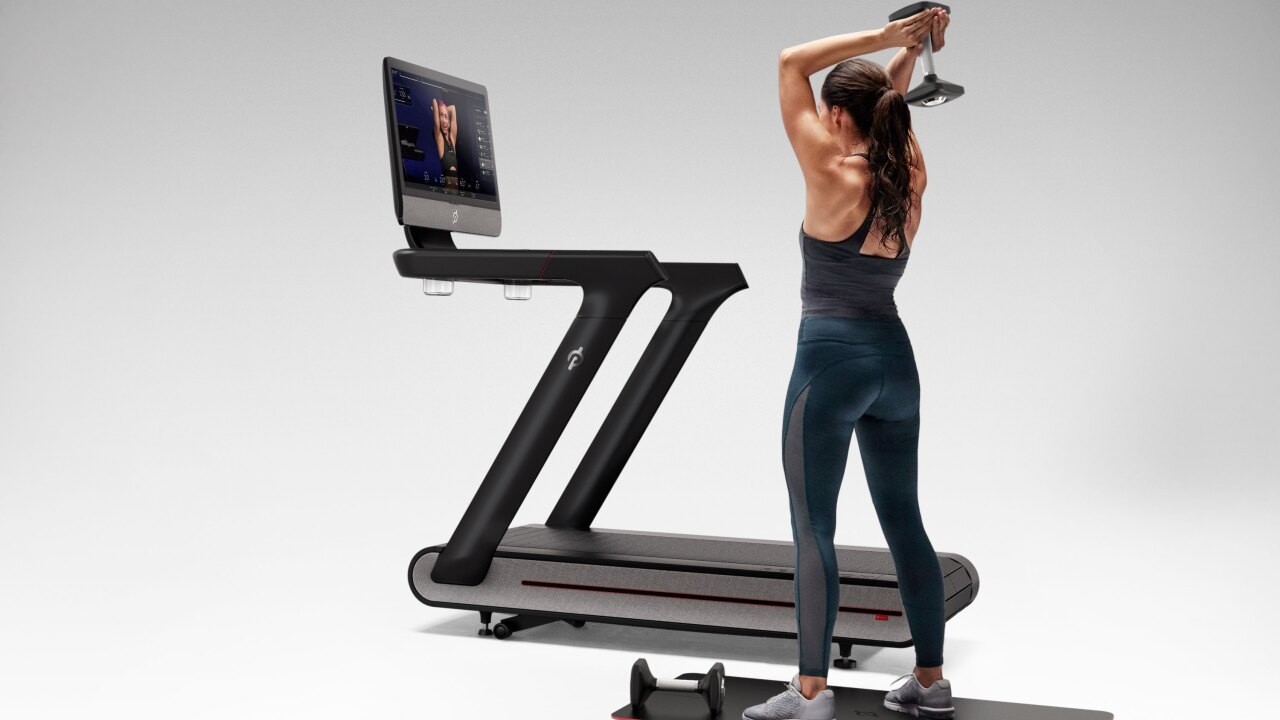 The boutique fitness brand is now facing a $150 million lawsuit over alleged copyright violations for its use of over 1,000 songs in its workout videos.

"We just received the complaint yesterday, and we are evaluating it," a Peloton spokesperson told CNN Business in a statement. "Peloton has great respect for songwriters and artists. In fact, we have partnered with each of the major music publishers, record labels and performing rights organizations, and many leading independents."

The spokesperson also said the company has "invested heavily" in a reporting and licensing system that helps support its partnerships.

The lawsuit is being brought by members of the National Music Publishers' Association, including Downtown Music Publishing and Big Deal Music, over the use of songs by artists such as Rihanna, Bruno Mars, Lady Gaga, Katy Perry and Justin Timberlake.

The suit notes that Peloton has licensed with some parties in the music publishing industry but not all, which means according to the suit that there are songwriters who are losing money. It also claims that Peloton is a "willful infringer" of copyrights.

"There is no doubt that Peloton's infringement was and continues to be knowing and reckless," the suit says. "Peloton fully understood what the copyright law required, having entered into sync licenses with certain other copyright holders, while trampling the rights of Plaintiffs by using their musical works for free and without permission."

Synchronization licenses, or sync licenses, are agreements that allow someone to use a song in a video format.

Peloton sells pricey in-home stationary bikes and treadmills and offers a subscription-based membership that gives people access to streamed classes. The workout videos feature a variety of well-known songs that sometimes follow a theme, like 80s hits or the best of Beyoncé. The classes, which people can join live or on demand, are filmed in Peloton's studio in NYC, which requires an additional membership.

"Why wouldn't they just use the music they have licenses for?" said Jeff Peretz, a professor of music theory and performance at New York University and an expert in music copyright. "I think they just misunderstood the reality."

Peretz told CNN Business that Peloton might have thought it was covered with the type of license that allows places like bars and gyms to play music. However, he said once Peloton used the songs in streamed videos, a different license would be required.

"Peloton is saying they're striking deals with publishers," he said. "If they start making money off these videos then the money is not all theirs. It's copyrighted intellectual property."

Peloton did not respond to a request for further comment.

The company was founded in 2012 and is expected to go public this year . The complaint notes that it has a reported valuation of over $4 billion.