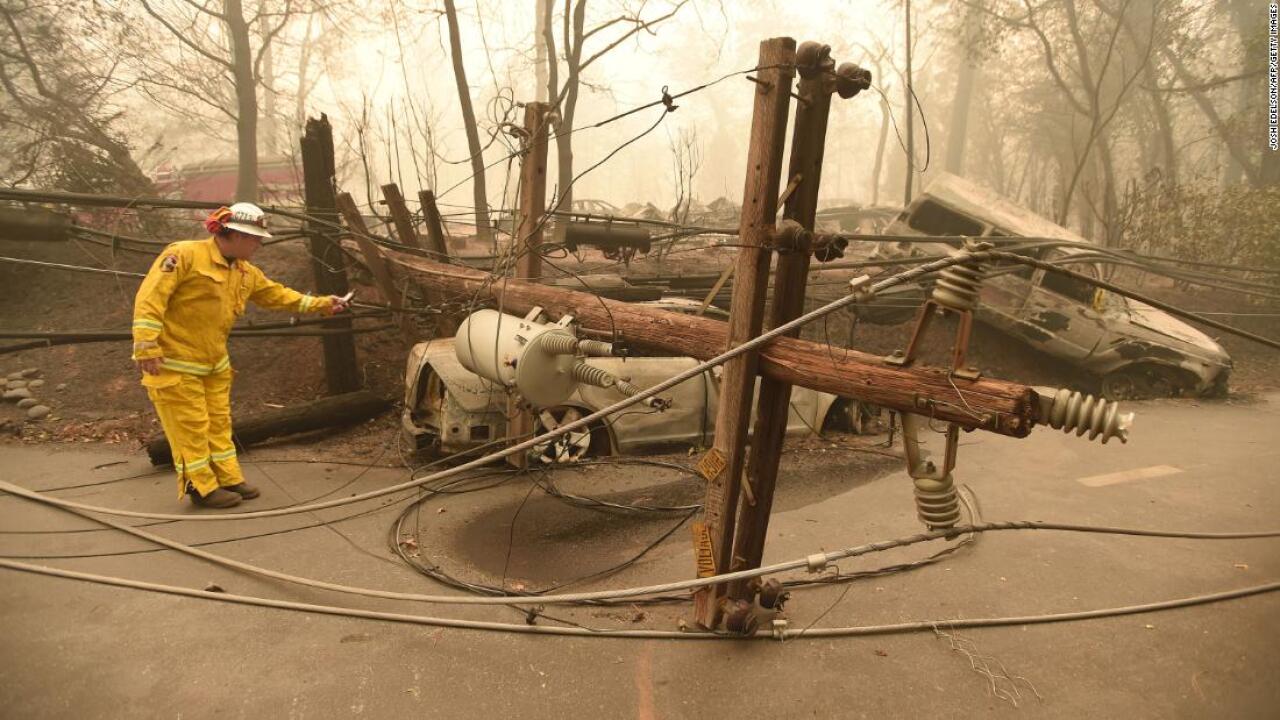 Pacific Gas and Electric has filed for bankruptcy protection after coming under pressure from billions of dollars in claims tied to deadly wildfires.

California's largest power company said in a statement Tuesday that it had submitted a Chapter 11 bankruptcy filing in the Northern District of California.

PG&E said it was committed to maintaining services for customers during the bankruptcy process.

John Simon, the company's Interim CEO, said he would work "to create a more sustainable foundation for the delivery of safe, reliable and affordable service."

"We have heard the calls for change and we are determined to take action throughout this process to build the energy system our customers want and deserve," he said in the statement.

PG&E has been linked to a series of wildfires in California, including the Camp Fire, which caused 86 deaths and destroyed 14,000 homes, along with more than 500 businesses and 4,300 other buildings.

PG&E announced on January 14 that it intended to file for bankruptcy, but it had to wait 15-day period required by California law.

The company needs to use the bankruptcy process — which will allow it to shed some of its debt — to pay for damages and stay in business.

PG&E said Tuesday it was seeking approval for a $5.5 billion debtor-in-possession financing agreement. Previously, it said in a filing that it has only about $1.5 billion in cash and cash equivalents on hand.

The company has cited at least $7 billion in claims from the Camp Fire. It is believed that the Camp Fire was started when a PG&E power line came in contact with nearby trees.

PG&E reported "an outage" on a transmission line in the area where the blaze began, about 15 minutes before it started. Within the massive burn area, PG&E found power equipment and a fallen power pole riddled with bullet holes, according to a letter it sent to regulators. The company also reported that it found a downed line with tree branches on it.

In addition, a series of wildfires in 2017 — many of which were also blamed on PG&E — caused $10 billion in damages and 44 deaths. In 11 of those fires, state investigators found the company violated codes regarding brush clearance near its power lines or had made related violations.