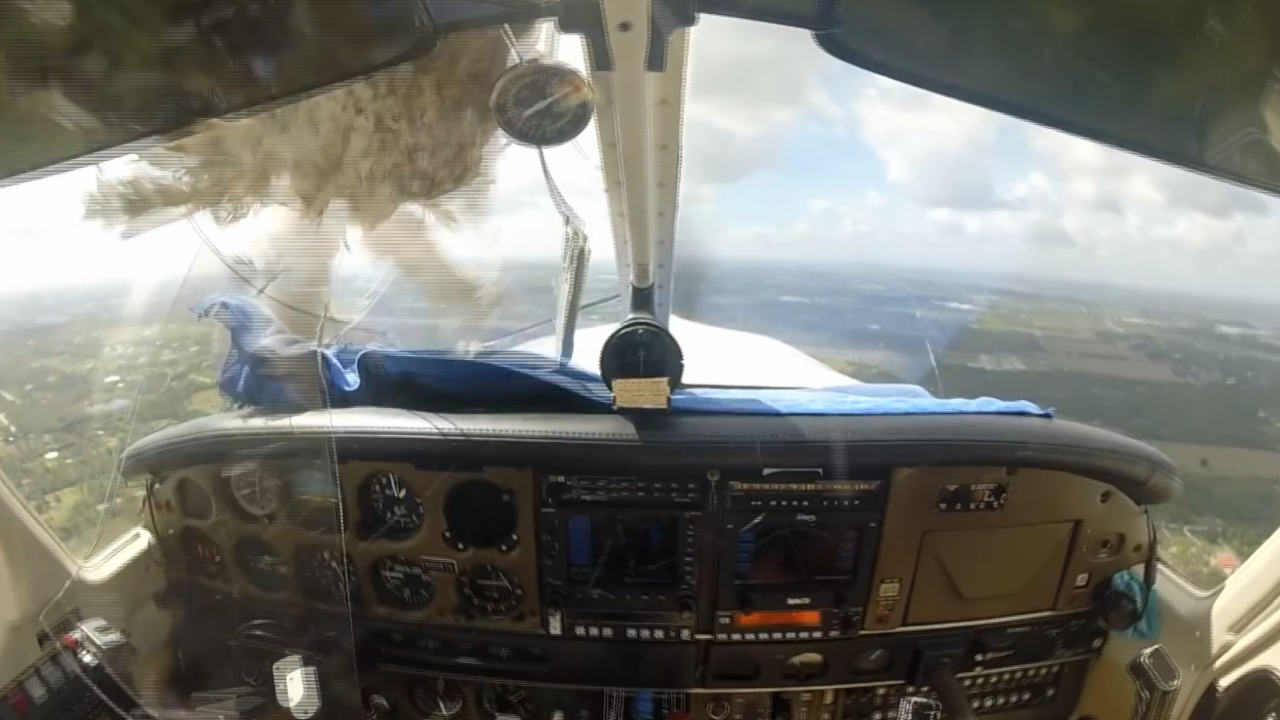 In an instant, the windshield to Rob Weber's small airplane shattered while a thousand feet in the air.

“I was pretty much on the edge of blacking out,” he describes.

A camera in the cockpit captured it all.

When you slow down the video, you can see a bird fly right through the windshield, forcing Weber to declare an emergency as he approached the airport in Fort Myers, Florida.

“After I’d taken the hit to the head, I was really dazed,” Weber recalls. “I was having a hard time communicating with them, because I was knocked silly. I really couldn't focus on where I was or what was going on.”

The latest data shows there are a record number of bird strikes involving planes, with more than 40 a day on average. A big reason for the spike: more flights and a jump in the bird population.

“It's a classic probability situation. More planes and more large birds in the air at the same time,” explains Michael Begier with the National Bird Strike Committee.

Begier works with the organization to track incidents and find ways to reduce them.

Statistically speaking, the highest chances of being involved in bird strike are from July through October, during the day and while approaching the airport.

The accident involving US Airways Flight 1549, known as the Miracle on the Hudson, is perhaps the most memorable and extreme example of how damaging bird strikes can be. However, the majority of bird strikes do not cause any major damage to planes.

“The percentage of damaging strikes has actually been going down in the airport environment and that's where it's most vulnerable,” Begier says.

For years, workers have used loud noises and fireworks at airports to scare off birds, but they have started testing new ideas, including using drones that look like large predatory birds and redesigning the lights on airplanes to deter birds.