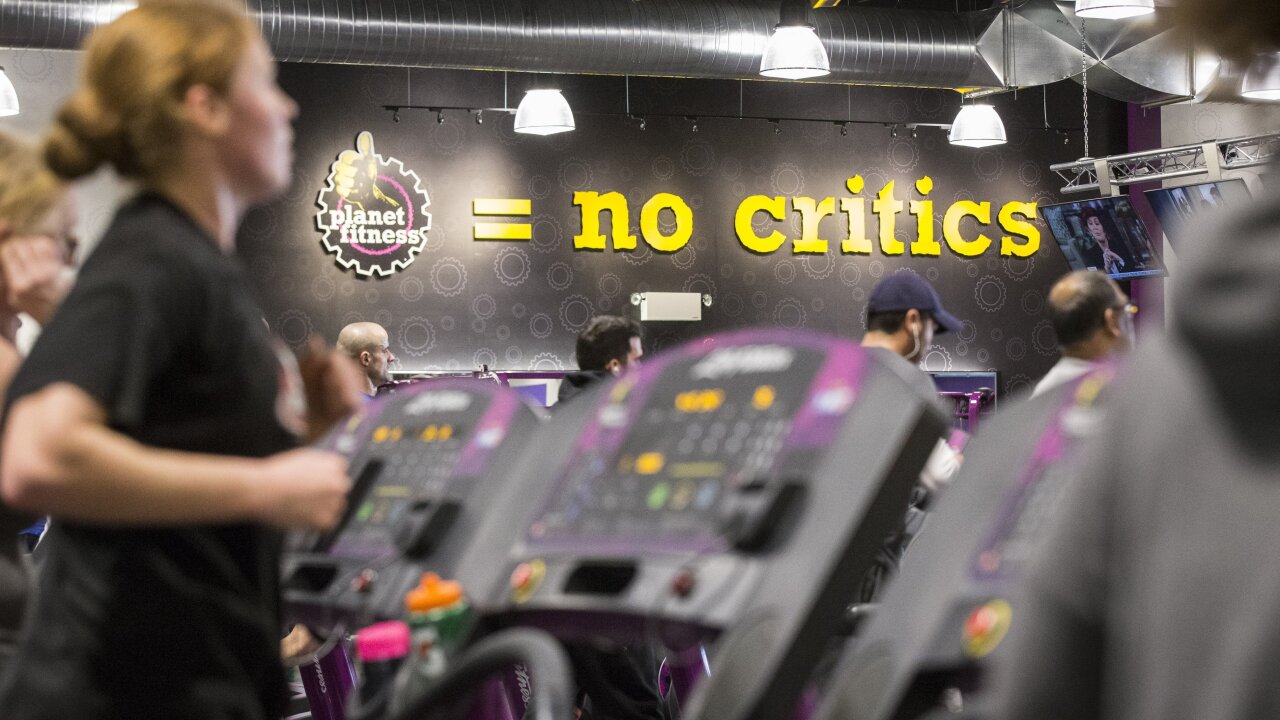 Retailers like Toys "R" Us and Sears are vanishing. Planet Fitness is stepping in to fill the abandoned spaces they left behind.

Planet Fitness said this week that it will open 225 gyms this year. Some of those will be located in sites that Toys "R" Us or Sears once occupied, though the company declined to give a specific number.

The gym chain has been on a growth streak in recent years. It has more than 1,800 gyms in the United States, an uptick of about 60% compared to three years ago. Planet Fitness says it has the potential to reach 4,000 nationwide in the long run.

The $10-a-month gym that pitches members on joining a "judgment free zone" with free pizza has posted more than 12 straight years of sales growth at gyms open at least a year. The company is one of the hottest stocks in retail: Shares of Planet Fitness have climbed more than 400% over the past four years.

Investors are convinced that Planet Fitness has runway to grow by chasing the 80% of Americans who don't belong to a gym.

Wall Street also seems to believe that Planet Fitness is Amazon-proof. Sears and Toys "R" Us failed to protect their businesses against pressure from Amazon. But Amazon doesn't compete directly with gyms, so it's not as big of a threat, said Oliver Chen, analyst at Cowen.

"You can't generate a six-pack on your couch," he added.

Planet Fitness executives and analysts say two key trends have buoyed the gym. First, more Americans want to get in shape. Since 2008, gym membership in the United States has increased by 37% , according to the International Health, Racquet & Sportsclub Association, an industry trade group.

The second reason: Retail stores are continuing to disappear, opening up new real estate for growing companies like Planet Fitness.

American retailers have already announced 6,000 store closures this year. Payless , Gymboree , Charlotte Russe and Shopko have all filed for bankruptcy, while other retailers, such as Family Dollar , Victoria's Secret and JCPenney , are shrinking their store footprints.

As those stores close, real estate landlords are trying to turn to healthier businesses to replace them.

Gyms and grocery stores have become attractive options for landlords because Americans visit them frequently, including during the week when it's often tough to draw physical traffic. The number of gym tenants in shopping centers has more than doubled over the past decade to more than 14,000 last year, according to the real estate firm CoStar Group.

Planet Fitness is "one of the preferred partners" for landlords, Chen said.

When Planet Fitness' members go to the gym, they often head to shop before or after their workout. 76% of Planet Fitness members combine their gym visits with other shopping, the company's research shows. That profile makes it appealing to a range of partners, including retailers such as Kohl's and Burlington.

"As brick-and-mortar retailers continue to close stores, landlords are looking to Planet Fitness as a key tenant to drive traffic to their centers," Planet Fitness chief executive Chris Rondeau told CNN Business. "We're evaluating all opportunities created by the fleet reductions among retailers like Sears, Toys "R" Us [and] Sports Authority."

Rondeau said Planet Fitness sees opportunities to move into enclosed malls. But the majority of its openings will be in traditional outdoor shopping centers. Planet Fitness looks to head to sites with strong co-tenants, such as grocery stores, he said.

Real estate firms are not the only companies that have brought in Planet Fitness gyms.

Kohl's and Burlington are shrinking their stores and partnering with Planet Fitness to move into the extra space because they hope the gym can draw in customers.

In March, Kohl's announced it would lease out space for Planet Fitness gyms next to 10 stores. "We see the Planet Fitness partnership as a real win-win," Kohl's CEO Michelle Gass told analysts at the time.