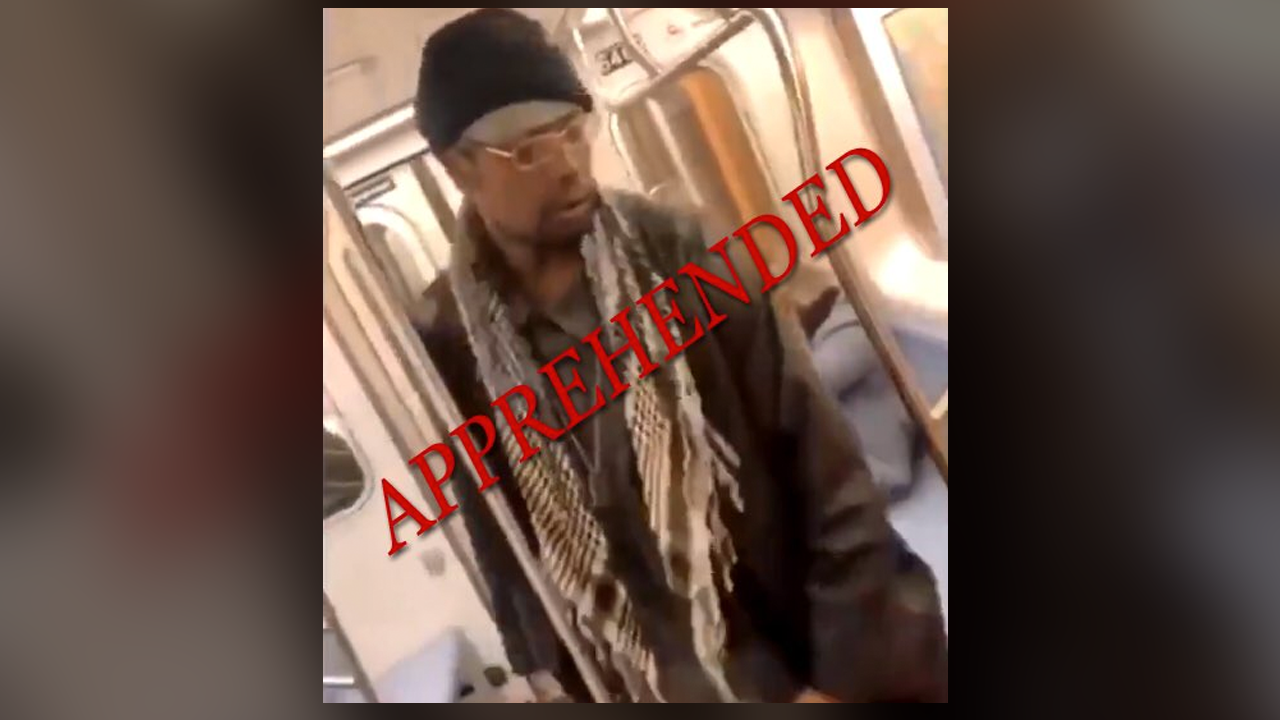 NEW YORK — A man who was caught on video viciously attacking an elderly woman while riding a subway train in New York is in custody, officials said Saturday.

NYPD Chief of Detectives Dermot F. Shea tweeted a photo with a caption announcing, "The subject wanted for the brutal subway attack of an elderly woman IS IN CUSTODY."

Shea also gave an update on the victim's condition.

"The victim was treated & released from the hospital & is getting the care, advocacy & support needed. Thank you to the worldwide community for the tremendous assistance," wrote Shea.

The suspect has not been identified.

The incident happened just after 3 a.m. aboard a northbound 2 train on March 10 in front of several witnesses.

The video shows the suspect kicking and punching the 78-year-old victim in the face and body, causing her to bleed.

At one point in the clip, the man can be heard telling passengers, "Now, WorldStar that, my *******!" before casually walking out off the train.

The viral video drew criticism from numerous people around the world as no one else on the train attempted to help the woman during the incident. At least one other person is spotted in the viral clip recording the attack on their phone.

The video of the brutal attack, which was shared many times on Twitter, can be seen below.

I’m not sure what prompted this individual to brutalize this elderly lady on a New York subway train, but it breaks my heart to see individual(s) filming it without taking any actions to protect her. Please help NYPD identify & capture this person.